About cutting and sewing 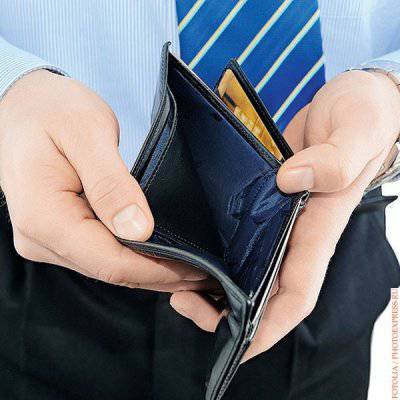 Do you know why we live badly? Why do we have small salaries and pensions in pensions, and at the same time fantastic income and huge rent? Why is the "hard labor" of an official of any level estimated at tens or even hundreds of times higher than the labor of a worker? Why do airplanes fall with enviable constancy, houses collapse, gas cylinders explode, ships and so on, and so on, and so on ... And this is the main question. Why do they steal from us ??? And they steal the most impoverished segments of the population - ministers, deputies, governors, mayors, heads of administrations and ... other state officials shelupen. And where do the stolen money go, and why should it be returned back to the budget if it is stolen again? Just some circulation of money in nature. True, in order to replenish the treasury, they periodically have to be collected from the population, that is, with us. For example, through utilities. Or in other ways. What - the mass. But how to recover stolen? Not from my own pocket. How so?


I dreamed of the answer to these questions ... Do not believe it, but in a dream I really understood what I had not understood at all during the last three decades. In Russia, all this happens for a simple reason - we have the size of pillowcases do not coincide with the size of pillows. So you try to buy a pillow and a pillowcase of the same size or put a St. Petersburg pillow case on a pillow from Moscow? Does not work? This is normal. And if you take the Ussuri or Saratov, eh? Then the dimensions will be proportional to the distance ... and ... means. Quantity goes into cash quality. Necessarily green. Yes, and tailors everywhere at different levels. Here in Moscow, for example, extra-class. In the military department, the main tailor with his seamstresses scribed so much ... And this !!! Breathtaking! Their experience should be summarized and distributed throughout Russia. In the pillowcases made by furniture tax-tailor associates, the pillows will fit not only for the Russian Army, but also for all the armies of the countries of Eastern and Western Europe. Also, some of the Chinese will grab. Now the main cutters of the country in dead silence just shrug their shoulders and wonder ... "A good manager ..." Yes ... you can't say better. I have no words! More to us such tailors. Yes, where to get them ??? But then, like mushrooms, new tailors appear, now in the field of candidate and doctoral theses. If you want a candidate, give on the material - we will hide and stitch. The doctors? No problem. Only material and thread more expensive. It seems they only took some, stitched them up, leveled them along a pillow, and here again - and housing and public utilities on the way. With t-aa-a-ka pillow .... Now you need to collect money for a pillowcase as a whole country. Tailors, too, want to get paid. So we cut it and sew it with a reserve - and to the treasury and kids for milk ... And to milk, you also want a sandwich with caviar (preferably black), and a Swiss machine of a famous German watch and watch from a crocodile leather strap. Yes, and how to come to the studio and show yourself without a suit from Valentino ??? Well, in extreme cases - Versace. For the Olympics in Sochi already sew a pillowcase. I understand this - it will be dimensionless ... The benefit of the experience already exists - 15 has been cutting and sewing a football stadium in St. Petersburg for years. One change of masters is already on vacation, the second is being prepared. Will there be a third - while the question is open. They have not finished it yet ... We are giving cottages, diplomas, certificates, Stars of Heroes ... Will we soon be sewn ???? When will the threads run out? Or our patience? You can still have a lot to write about - there’s no end in sight. And does it make sense? The sewing machine is gaining momentum and it is not able to keep its main cutters of the country. How and where to buy a pillow and a pillowcase of the same size? Really want to. Can you tell me?

Not the topic: I regret a bit about the Soviet past, even if there was no such abundance as now, but such large-scale flaws were simply absent in the size of pillows and pillowcases.
Ctrl Enter
Noticed oshЫbku Highlight text and press. Ctrl + Enter
We are
Pensions and prices. Who will win?Stolen future
Military Reviewin Yandex News
Military Reviewin Google News
12 comments
Information
Dear reader, to leave comments on the publication, you must to register.