27 May 2013
7
The construction of the naval hospital in the village of Kupavna, which today is a microdistrict of the city of Zheleznodorozhny, Moscow Region, began in 1974. After almost 10 years 15 June 1983, the first 100 hospital beds were deployed here. Currently, the Central Naval Clinical Hospital (TsVMKG) is being treated by military personnel of the Russian Navy, as well as reserve officers and members of their families. Each year, the hospital receives more than 10 thousands of patients. It is currently designed for 600 hospital beds. The hospital has emergency departments, resuscitation, intensive care, special therapy, and urology. Warriors, “Afghans” and campaigners in the North Caucasus, are also treated here. During the most active phases of the fighting in Chechnya, hospital treated 150-160 injured soldiers and officers. From October 2000, the temple of the Apostle Evangelist Luke began working at the hospital. 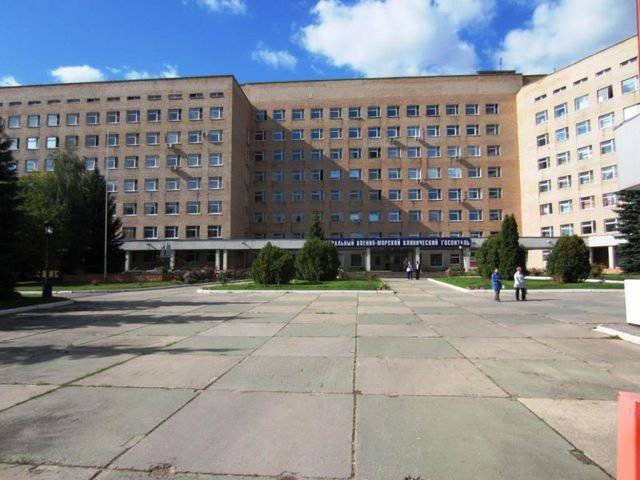 Currently, the 32-th TsVMKG MO of Russia is designed to provide specialized medical care to persons who are under the responsibility of medical institutions of the Russian Navy, as well as to persons attached to the hospital on a territorial basis. Initially it was designed and created at the level of the best hospitals in Europe. From the moment of opening, the best medical, scientific and practical personnel of the national naval medicine were concentrated in the hospital. Throughout its 30-year stories the main naval hospital successfully solved the tasks of medical support for the activities of the Russian fleet.

Today, along with the implementation of medical and diagnostic activities based on 32 CVMKG, a very active educational, scientific and methodological work is being carried out. On the basis of the hospital, two departments of the State Institute of Advanced Training of Doctors of the Ministry of Defense of Russia organize their learning process: the Department of Hyperbaric Oxygenation of the Russian Medical Academy of Postgraduate Education and the Department of Organization and Tactics of Medical Service, military field (naval) surgery. In addition, the Center for Advanced Training of Nursing Centers conducts cycles for the improvement of nursing staff in almost all major specialties under the guidance of educational institutions (organizations) of the Moscow Region and Moscow. 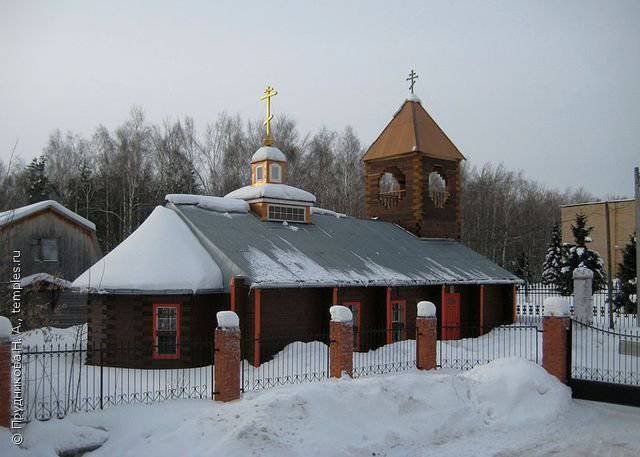 Church of the Apostle Evangelist Luke in the hospital
On the basis of the scientific and methodological center of the hospital, a modern advisory and methodological center was created, which is designed to provide consultations for medical personnel in military service, as well as the introduction of automated control systems for medical support. The center can hold consultations of ship doctors who are at sea in autonomous navigation, as well as remote medical institutions of the fleet.

The Central Naval Clinical Hospital took an active part in the treatment of the wounded and sick, who came from the areas of hostilities of local conflicts of recent decades. In particular, during the conduct ofterterrorist operations in the Caucasus, in the Chechen Republic. Since 1995, more than 1300 patients and patients from Chechnya have been treated at this hospital. From the very first day of the start of active hostilities on the territory of Chechnya and the arrival in the hospital of a large number of wounded from the combat area, he had to reconstruct his entire work program in a “military manner” in a very short time. To the credit of the naval physicians, they successfully coped with this task. The wounded were provided with specialized medical care at the highest level, in addition to this, they also underwent their medical and psychological rehabilitation. In December, the future president of the country, Vladimir Putin, visited the hospital on 1999.

Every year, more than 10 000 people undergo treatment at the hospital and its branch. In the surgical departments of this hospital, work continues on the introduction and daily use of high-tech minimally invasive surgeries, characterized by a short postoperative recovery period. 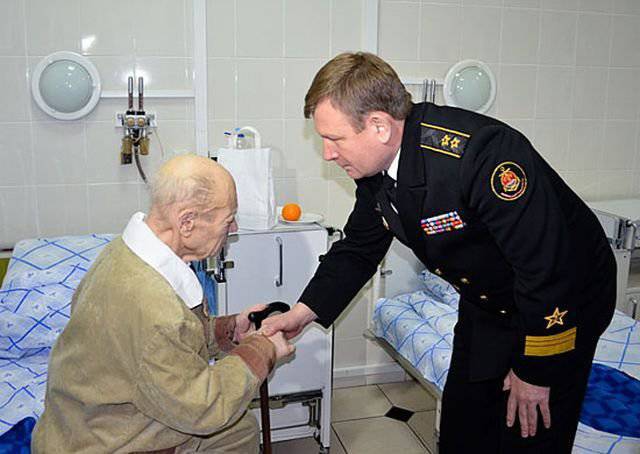 The TsVMKG was one of the first in Russia to receive the Integris-3000 cardiovascular complex, which allowed physicians to quite widely introduce the most modern achievements of interventional radiology into the working practice based on the X-ray surgery department established by that time. Also currently, a modern angiographic complex is functioning in the Central Naval Clinical Hospital. The hospital annually takes part in research and development and research work, is directly involved in the testing of modern samples of medical equipment and medicines. A blood transfusion station is successfully operating at the hospital.

Currently, the head of the hospital is a colonel of medical service, Doctor of Medical Sciences Vladimir Manuilov. More than 39 doctors of various specialties work in the hospital's diagnostic and diagnostic departments. Among them are 200 honored doctor of the Russian Federation, 22 doctors and 5 candidates of medical sciences. About 30% of all hospital and nursing staff of the hospital have the highest and first qualification categories.

Ctrl Enter
Noticed oshЫbku Highlight text and press. Ctrl + Enter
We are
Anniversary of the famous Borisoglebsky Aviation School (BVVAUL named after V.P. Chkalov). Report "Military Review"The plans of the highest military department of Ukraine to close the military-medical clinical center of the Southern region of Odessa (411-th Military Hospital)
7 comments
Information
Dear reader, to leave comments on the publication, you must to register.