Election of the President of Iran: "Arab Spring" or regrouping in the elite? 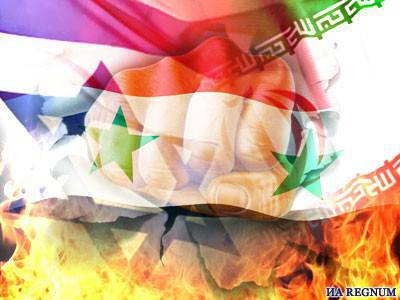 
First of all, the Guardian Council did not allow a number of key figures to participate in the elections. This is the heavyweight of the reformist camp, ex-president Hashemi Rafsanjani. Also excluded from the struggle for the presidency of Esfandiyar Rafim Mashai - a close associate of President Mahmoud Ahmadinejad and a candidate from a power group that has rallied around the incumbent head of state. In the absence of these figures, elections become practically unalternative in terms of the interests of the conservative camp, which is centered around the country's religious leader, Ayatollah Ali Khamenei.

Reformists are now relatively pale. These include the former Vice-President Mohammed Reza Aref, the former Secretary of the Supreme National Security Council Hassan Rouhani and the former Minister of Telecommunications Mohammed Garazi. On the other hand, a group of conservatives loyal to Khamenei is distinguished, which includes the acting head of the National Security Council, Saeed Jalili, Tehran mayor Mohammad Bagher Kalibaf, the chief foreign policy adviser to the great Ayatollah, Ali Akbar Velayati, and the former parliament speaker Golam-Ali Haddad-Adel.

In general, the registration of candidates again demonstrated the nature of the current domestic political struggle in Iran - it develops primarily within the Islamic clergy, conditionally divided into a number of groups, among which are the conservative wing, the moderate sector, and reformists. The course of the campaign during the period until the verification of candidates is completed by the Guardian Council also reflects this trend. The Council was addressed by parliamentarians and theologians demanding that the incumbent president be held accountable for the direct support of his nominee Mashai.

Another trend was the demand already against the reformists, which provided for the refusal to register Rafsanjani as a candidate for the presidency of the country. A version was also circulated in the media that he would be "failed" because of his old age. As a result, the final list of eight lines indicates that the conservatives successfully control the state apparatus, cutting off potentially problematic candidates. At the same time, such a drastic sweep of the list of candidates may indicate weakness: the conservative group is not quite ready for direct confrontation with opponents and prefers simply to prevent their nomination.

However, the factors influencing the outcome of elections in Iran are not limited to the internal Iranian dimension. The regional processes, the ongoing confrontation with the West and Israel over Iran’s nuclear program, the difficult confrontation around the civil war in Syria cast a shadow over the elections. In the latter case, regional centers of power - Turkey and Saudi Arabia - are competing with Tehran. Against this background, the situation around the presidential elections in Iran acquires a slightly different sound. It is noteworthy that Said Jalili, who stands out among conservative candidates, not only holds an influential post of secretary of the Supreme Council for National Security, but is also the main Iranian negotiator on a nuclear program. The specified field clearing from potentially dangerous representatives of the opposition can be considered in a new way.

At present, the course of the West with regard to Iran is rather in the "pause" mode. This is due both to expectations regarding the election results and to the electoral process itself. The United States, the European Union and Israel are not losing hope for the peaceful softening of the existing regime in Iran. Undoubtedly, the option of returning to power of reformists would be more preferable for the USA and the EU, in the 1990s. demonstrated greater willingness to compromise and cooperation. On the other hand, most likely, this option will not affect the implementation of Iran’s nuclear program, on which there is a consensus in the country.

It seems that it was not by chance that, in the period preceding the elections, certain circles in the United States heard proposals to begin a direct dialogue with Tehran, which could be a signal to the ruling elite of Iran. The second interesting option for the West is related to the possibility of repeating the 2009 election scenario and implies shifts in Iran’s position in the external arena as a result of mass unrest inside the country.

Against this background, the hard line of the conservative camp, aimed at preventing the most weighty oppositionists from electing, takes on a different meaning. The point is to deprive certain circles of the chance to organize mass demonstrations on the basis of the elections. In this regard, reformists, who are closely connected with the politically active youth of large urban centers, are especially dangerous for the Iranian elite. At the same time, the development of a socio-political crisis in Iran cannot be ruled out. Here we must take into account that even in the absence of specific candidates-favorites from the opposition, the deteriorating economic situation in the country can be a decisive factor.

In this regard, two negative trends overlap in Iran. The first is associated with a downward trend in world energy prices, the second with the effects of sanctions imposed by the West on Iranian energy exports. Putting on the policy of liberalization and the abolition of subsidizing the prices of some important goods conducted by the Ahmadinejad administration, these factors led to an increase in social tension in Iran in 2011-2012. The protests even encompassed the bazaar — the middle and petty trading bourgeoisie, which was still one of the social pillars of the regime. The economic situation also played a role in the fall of the current president’s rating. It cannot be ruled out that she will play her own role in the upcoming presidential election. Be that as it may, it will soon become clear what fate awaits Iran: either its own version of the "Arab Spring", or a change in the existing balance of forces within the power elite.

Ctrl Enter
Noticed oshЫbku Highlight text and press. Ctrl + Enter
We are
Why Iran is not inferior and not afraid of the United States"Cannibals Shaitan." As the United States and its allies, the “fifth column” in Iran created
14 comments
Information
Dear reader, to leave comments on the publication, you must to register.