Half a billion has been washed away from the Nerpa submarine 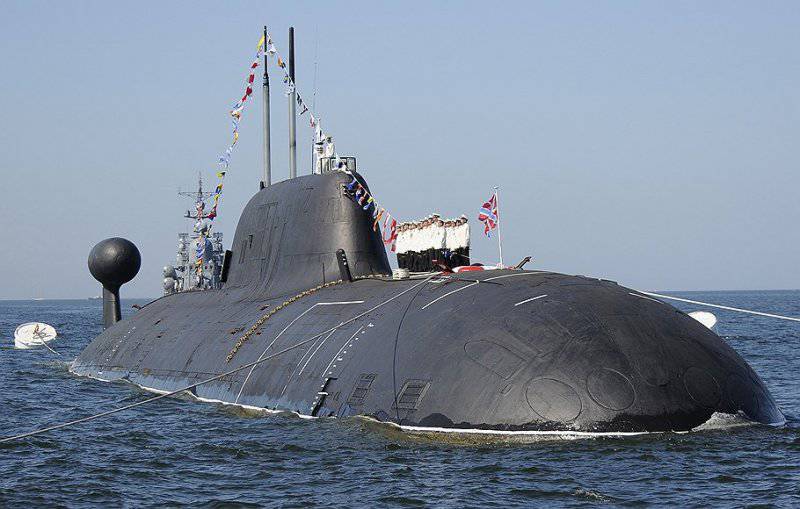 As it became known to Kommersant, during the implementation of the contract for the completion of the construction of the Nerpa nuclear submarine for the Indian Navy, 500 million rubles were lost. from the Rosoboronexport funds transferred to the Far Eastern Shipbuilding and Ship Repair Center (DCSS). This violation was revealed during an internal review of the DSSC conducted by its sole shareholder, the United Shipbuilding Corporation (USC). The USC has already appealed to the Court of Accounts with a request to hold a joint expanded control measure with respect to the Far Eastern assets of the corporation.

The results of the internal audit of the DCSS, during which a number of financial irregularities were identified in the center’s activities and the Far Eastern enterprises under its control, were told to Kommersant by a source familiar with the audit. "One of the key episodes is related to the contract for the completion of construction and the transfer of the product with the factory number 518 to the foreign customer," he says. This is a multi-purpose nuclear submarine K-152, known under the name "Nerpa", which in January last year was leased to India for ten years (in the combat structure of the Indian Navy enlisted under the name "Chakra"). Rosoboronexport transferred 1 billion rubles to the DSSC for the completion of the Nerpa to the DSSC, which transferred the contractor to the Amur Shipbuilding Plant (AES) only half of the amount under a similar contract. - said the source "b".

The nuclear submarine K-152 "Nerpa" (order N518) was laid on the stocks of the NEA in 1993 year. It has become the eighth submarine of the submarine of the 971 project built by the AES (59,12% of shares belong to USC, 17,91% - DCSS). After the nuclear shipbuilding program was closed in the Far East, in the middle of 1990, the project was frozen. Active completion work was resumed after the signing in January 2004 of the agreement on the lease of two Russian nuclear submarines by India. January 23 2012, with a five-year contract delay, the first submarine was officially leased to the Indian Navy. The contract value was estimated at $ 785 million.

The test covers the period from 2009 to 2013 year, continues to the interlocutor "b". In 2009, the PES that experienced financial difficulties received state support: by order of the Russian government, 1,9 billion rubles were allocated to it. in the form of gratuitous assistance "to ensure the completion of work on the order of N518". Funds mainly went to the elimination of the accident that occurred on the "Nerp" in 2008. Then, we recall, during the acceptance tests an unauthorized triggering of the fire extinguishing system occurred, resulting in the death of 20 people. However, later, the former president of USC, Roman Trotsenko, ordered enterprises to return these funds to the USC settlement account, since they were allegedly spent in an inappropriate manner, which was done. Instead of completing the work on the order of N518, a procedure was launched to increase the authorized capital of OJSC ASZ by 1,9 billion rubles, which has not yet been completed.

In total, the state allocated USC in 2009-2013 for at least 11,5 billion rubles for the financial rehabilitation of the enterprise, the inspectors calculated. The budget funds were transferred by the USC to Sberbank to repay the debts of the PES, but the corporation itself did not discharge the debts of the enterprise. As of 1 in January, 2013, the accounts payable of the AES amounted to 37,54 billion rubles, including advances by the Ministry of Defense - 34,6 billion rubles. Last summer, a one and a half year external control procedure was introduced at the plant. “There are signs of organization of a fictitious or deliberate bankruptcy by a certain group of persons in relation to shipbuilding and ship repair plants in the Far East,” the source told Kommersant, adding that according to the results of the audit, the USC requested a joint monitoring event.

Yesterday, USC "Kommersant" confirmed the fact of conducting an internal audit of Far Eastern assets. "Following the audit, conducted by a group headed by USC Vice President Sergey Gaydarzhi, a presentation was made to the Accounts Chamber, on the basis of which a joint audit will be conducted," Alexey Kravchenko, USC spokesman, told Kommersant, adding it will be multidisciplinary and will be conducted by five auditors of the Accounts Chamber. " According to him, the main point of the conclusion is the failure to comply with Vladimir Putin’s order from 2009 on the need to adopt a financial recovery plan for one of the largest enterprises in the industry. Discuss the violations identified during the completion of the "Nerpa", he refused, citing the closed nature of the topic. Similarly, they did in Rosoboronexport. A source in the Court of Accounts confirmed “Kommersant” with the fact that the USC had applied, adding that “a program for a control measure is currently being formed”. From official comments there refused.

Recall that the state of the Far Eastern shipbuilding assets in mid-April was the subject of harsh criticism of the management of USC by vice-premier Dmitry Rogozin in charge of the industry. As a result, the head of USC, Andrey Dyachkov, resigned, and a few days ago a new head of the shipbuilding corporation was appointed - a native of Uralvagonzavod NPK Vladimir Shmakov (see “Kommersant” from May 22). Today, as expected, this topic will be discussed at a meeting with Mr. Rogozin, where the leaders of USC and the largest shipbuilding enterprises are invited.

Ctrl Enter
Noticed a mistake Highlight text and press. Ctrl + Enter
We are
New plants and workshops in Russia in 2014 yearList of destroyed the largest and most high-tech enterprises
39 comments
Information
Dear reader, to leave comments on the publication, you must to register.