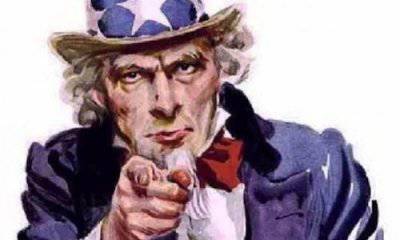 Two Internet notes caught my eye that quite significantly determined the trend and wanted to identify this tendency. The first article was titled “The United States abandoned the idea of ​​military intervention in Syria,” and the second, “The US Senate unanimously approved the Israeli attack on Iran.”


Very eloquent headlines and very illustrative processes, indicated in these two articles. Who could doubt that the tactics and methods of his uncle in the star-and-striped cylinder had changed, and he retreated from the postulate Divide and Conquer, proclaimed by Ancient Rome.

Truly coolly, cynically and pragmatically (business and nothing more!) The Israelis were invited to earn further prosperity for the “fathers from the banks of the Potomac” at the cost of the sons of the “people of Israel”!

The fact that the next "campaign" of the sons of Israel, in this case against Syria or Iran, can turn into catastrophic losses for the "God's chosen people" is of little interest to the uncles on Capitol Hill. When your ship draws water from two sides - not to sentiment and reasoning about decency. So, for the guys from the White House and the Pentagon Pentagon, the death of several hundred Jews in the helmets of the pilots of the Israeli air force is a trifle that does not deserve much attention. After all, you can confine to duty phrases about the comprehensive support of any "noble impulses" of knights of the Sinai Peninsula and, folding their hands on the belly, wait quietly when these same knights, on Phantoms and other F ..., begin to TRY to "put out" the armed forces of Syria or Iran and with their price life to fill the pockets of the "compassionate" uncle, and then hypocritically wring his hands in grief and call for retribution.

What prompted such sad and sympathetic thoughts about the Israeli pilots? Another note in which the author (based on the opinion of competent Israeli high-ranking military officials and the conclusions of unbiased experts), says that, despite the mocking statements of one of the American strategists about the weakness and weakness of the Russian fleet, this same fleet can make such a "reprimand with entering into the chest" to any opponent that this potential opponent will stretch his legs. It does not matter whether as a result of irreparable material and human losses, the economic collapse caused by the excessive costs of the war or the protests of the citizens of the country, which led to a change of leadership. The final predicted result is important - a state named Israel will cease to exist.

The article has a very eloquent and warning title, or rather, two (in different editions it sounds differently). The first is “The Russians have returned to the Mediterranean Sea with unexpected consequences”, which is not new at all, given the articles in the press about the Soviet navy group intending to stay in the waters of the Mediterranean just as much as the Russian leadership considers. And the second is “What Russians can do with Israel.” The names are different, but the result predicted by the author is one - the death of the state of Israel in the case of its rash actions.

What are these optimistic and militant statements based on? As it turns out, not on unfounded declarations, but on facts for many who have sounded in a new way. During discussions of these News very interesting facts appeared on the Internet forums, somewhat revealing the same arguments that D. Rogozin hinted ambiguously when saying that Russia no longer experiences a complex of fear of the NATO missile defense, thanks to new developments in the field of armaments. Then possible assumptions and conjectures, for the general public, hung in the air. Some hoped that in Russia they had invented a new “wunderwafel,” while others skeptically grinned at the Russian gunsmiths, taking it for idle threats. But, as it turned out, such warnings have a real basis. As it turned out from the forums, the modernized Iskanders, which had long settled in Syria, have very significant striking potential and at speeds of up to 7 M, are capable of neutralizing the launched Patriots for a short period of time and providing the Russian S-300 with unhindered destruction of Israeli aircraft over the territory Israel itself.

Such conclusions can not fail to depress the militant Nitanyahu and its headquarters. But some sober-minded Israeli military experts confirm the possible tragic consequences for the young Jewish state. And this largely explains the late Netanyahu active shuttle diplomacy that he has been carrying out lately - you don’t want, as a result of his rash actions, to repeat the fate of Saakashvili with his adventure, included in History under the name - the war 080808.

What in this situation annoying and gives some hope? Firstly - there was additional information to the fragmentary, that was before, about the ongoing and substantial assistance to the Syrian people from Russia. The very confirmation of the presence and additional supplies of the newest weapons to Syria by Russia cannot but flatter the pride of the Russian patriot. This is a plus. Secondly, the fussy rushes of the Israeli prime minister themselves inspire some hope that fear and caution will be stronger than reckless regional leadership ambitions and a large-scale war, at least temporarily, will step aside. This is a plus.

The fact that Russia gets its hands on a full-fledged reason to strengthen its position in a long-suffering region and for a long time is an indisputable advantage. The fact that the image of Russia, as a guarantor of stability and sovereignty of the states - its allies, is a plus, which is difficult to overestimate. And the fact that this is so may indicate the latest vote on Syria in the UN. If earlier the position of the United States and its allies in this matter looked completely monolithic, the last vote showed trends in the opposite direction.

All of these (in fact, their set and all of them to identify - it’s troublesome) factors give hope that the threats of Israel against Syria and Iran will remain so.

What annoying. “She is straining the familiar instigating role of the United States in this situation, to which they have become accustomed since the time of the First World War.” It strains and revolts the cynicism with which hundreds of human lives are thrown into the furnace of war, with a full-fledged shovel, NOT by American citizens under endless peace-loving trills about peace in all political venues.

It is the tenacity of the Israeli Prime Minister to achieve the unattainable well-being for Israel, with the policies that Israel pursues towards its neighbors.

And the Israeli Prime Minister’s criminal composure is straining in relation to the life of Israeli citizens - their compatriots, who are ready to exchange their lives for the satisfaction of their political ambitions.

Very clean gentlemen - these senators on Capitol Hill. Before strangling, wear gloves, and then simply - wash their hands. And very short-sighted - these gentlemen in the Knesset.

Ctrl Enter
Noticed oshЫbku Highlight text and press. Ctrl + Enter
We are
What you didn't want to know about EnglandBrief second part: Syria, give a smoke! Russia again!
Military Reviewin Yandex News
Military Reviewin Google News
64 comments
Information
Dear reader, to leave comments on the publication, you must to register.