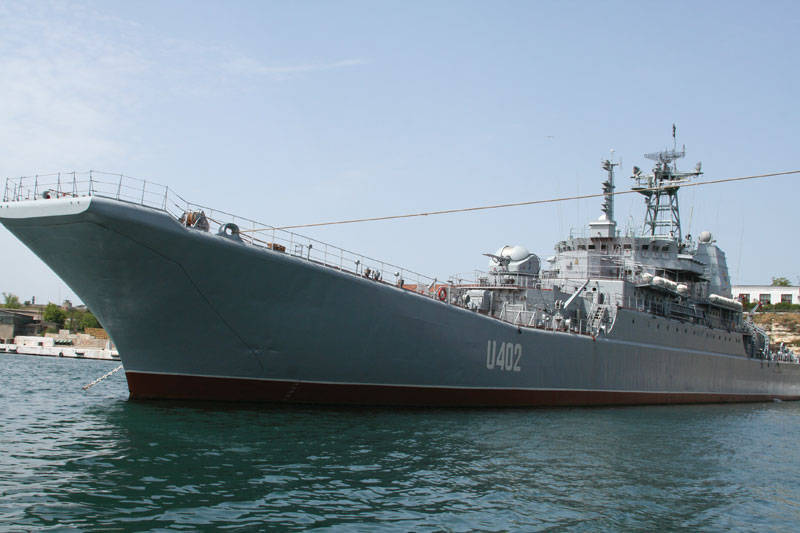 The large landing ship of the Ukrainian Navy's Konstantin Olshansky, which since August last year underwent a comprehensive factory overhaul at Black Sea Shipyard PJSC, 16 May took to sea for sea trials.

“We are grateful to the Nikolaev shipbuilders for the work done to restore the technical readiness of the ship. The implemented complex of measures will allow in the near future to continue the fulfillment of tasks by the ship as part of the combat core of the Ukrainian Navy, ”noted First Deputy Commander of the Ukrainian Navy Vice-Admiral Sergey Eliseev.

Earlier, the facilities of PJSC “Black Sea Shipyard” were repaired with the Prydniprovye rocket corvette and the Pereyaslav special purpose ship. The company is also completing the repair of the Kirovograd medium landing craft.

The message is posted in the public domain on the website of Ukrspetsexport.

Ctrl Enter
Noticed a mistake Highlight text and press. Ctrl + Enter
We are
The action “Military service under the contract is your choice!” In Rostov-on-Don: future contract servicemen, exhibitions and “Russian Knights”The future of the 11711 BDK is defined.
33 comments
Information
Dear reader, to leave comments on the publication, you must to register.