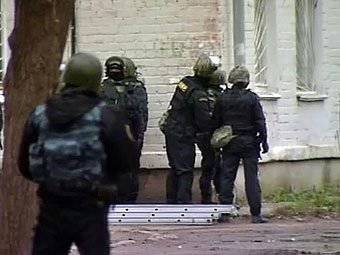 Employees of the Federal Security Service of Russia on Monday prevented a terrorist attack in Moscow, the press service of the National Anti-Terrorism Committee said.
According to the ministry, two militants were liquidated, one was detained, reports RIA “News».
“During the active special operation, the gangsters were blocked, but they opened fire on the offer to surrender. As a result of the fleeting clash, two of them were destroyed, one was detained, ”the NAC said in a statement.
The militants who prepared the attack were Russian citizens who arrived from the Afghan-Pakistani region, where they received combat training, the committee said.

Ctrl Enter
Noticed oshЫbku Highlight text and press. Ctrl + Enter
We are
The action “Military service under the contract is your choice!” In Rostov-on-Don: future contract servicemen, exhibitions and “Russian Knights”Results of anti-terrorist work on Dagestan in April 2014
Military Reviewin Yandex News
Military Reviewin Google News
18 comments
Information
Dear reader, to leave comments on the publication, you must to register.