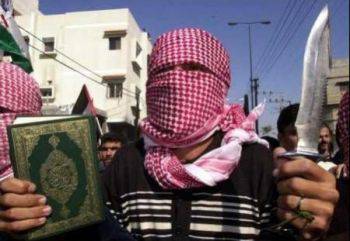 In countering modern terrorism, an important role is played by discrediting the attempts of nationalist and extremist organizations to spread and propagandize an extremist ideology as the spiritual basis of terrorism, one of the most dangerous and bloody phenomena of modernity, taking on more and more varied forms in the 21st century and posing a threat of global scope.


One of the aspects of countering terrorism is related to issues related to the pernicious influence of a terrorist ideology of extremist and nationalistic orientation, which represents a real threat to the Russian state, the integrity of the country and the development of normal social relations. The main danger lies in the fact that modern extremism in various spheres of society forms and spreads the ideology of bloody terrorism.

For a number of years, a number of scientific studies have been conducted abroad and in the Russian Federation, which show that the ideology of an extremist type, its dissemination by nationalist and extremist organizations in various segments of the population, in the causal complex of terrorism plays an increasingly prominent attractive role, since it contains and resolute "condemnation" and "exposure" of real or imaginary causes and perpetrators of social upheaval, and at the same time offer tough, but, at the same time, "simple and urchin "ways to restore justice.

An analysis of the findings of sociologists and experts on this subject shows that it is the socio-economic prerequisites of the extremist ideology of terrorism that are being put in the first place. The transition period, aggravated by a severe economic crisis, created conditions of social opposition in Russian society, created a special state of consciousness for individual segments of the population, which is characterized by an inadequate assessment of reality, and widespread moods of uncertainty, unfulfilled expectations, social fear, anger and aggressiveness.

The problems of the economic collapse of 1990, in particular, caused a split of society into groups with different economic situations (poor and rich), deepening of national, religious and other conflicts, the destruction of the system of social guarantees of the population’s life in Soviet times. All this led to the formation of hotbeds of social tension and confrontation, the above-mentioned "condemnation" and "disclosure" that could easily go into a stage of open conflict with society, with active use of forms of violence, including terror.

In this regard, in the fight against terrorism, the work of discrediting extremist ideology as the spiritual basis of terrorism, one of the bloody means of achieving political, economic, ideological and other goals, becomes important.

The man-hating essence of the ideology of terrorism, spread by extremist and nationalist organizations, lies in the original name of this bloody phenomenon, derived from the Latin word "terror", which means in translation - fear, horror. The main goal of any terrorist act is to intimidate people by their mass death, to create an atmosphere of fear, and to guide terror. In this sense, terror is dangerous not because it brings death to people, but to a greater degree it is dangerous because it places fear in the souls of people, turns a person into an animal and allows him to manipulate his actions in any way he wants.

The bloody essence of the terrorism ideology propagated by extremists is the devalued human life and suffering of people, this is the bloody path of customers and perpetrators of the terrorist attack on people's heads to their intended goal, it is always a challenge to society, because by putting pressure on society through extreme measures of constant fear, extremists go to achieve their goals and aspirations.

The ideology of spiritual extremism is most dangerous, since it is formed in the field of individual experience, where sensations and evaluations are extremely subjective and, consequently, the process of putting forward sensible or positive alternatives is complicated. Spiritual extremism creates the ideological prerequisites for terrorist activities of individuals, which is seen as a result of mental abnormality, although the actions of many single terrorists are quite meaningful and they are fully criminalized for their bloody deeds.

The ideology spread by nationalist organizations, in particular the separatist nationalists of the North Caucasus, is also characterized by a bloody essence. Their ideologies are based on the ideas of radical Islam - Wahhabism, as well as religious ethno-nationalism, historically inherent in the North Caucasian population. The special danger of Wahhabism is that it preaches the strict division of all people into faithful Muslims and infidels - "infidels" (who are not supposedly full-fledged people) and obliges all Muslims to wage a holy war - infidels - jihad.

The practical embodiment of the terrorist ideology of radical Islam - Wahhabism of a nationalistic nature is the concept of creating a Sharia state in the North Caucasus called the "Emirate of the Caucasus". The head of the Caucasus Emirate, the “amir (commander-in-chief) of the Caucasus mojaheds” and the “leader of jihad” declared himself Dokka Umarov. The main methods of actions of the bandit groups that are in the underground and are part of the Caucasus Emirate are acts of terrorism, explosions and shelling, as well as other acts of intimidation of the population, representatives of the authorities and clergy.

The Caucasus Emirate is a threat to Russia not only in the form of terrorist acts. At present, the Islamist underground, called the Imarat Kavkaz itself, is no longer just a handful of bandits, which, according to some experts in the Caucasus, should not be taken seriously. Today, the Caucasus Emirate has not only the combat potential for carrying out terrorist attacks, but also the potential of a corrupting ideology - Wahhabism for implementing, according to separatist ideologists, “information jihad”.

As a result, a significant part of Russians are subjected to ideological treatment directed against the Russian state and their own fellow citizens. "Brothers and sisters in Islam" are urged "to rally around the" Emirate of the Caucasus "and its Emir," who "after the collapse of Russia (that is, Russia) will become the center of the new state." In this regard, Dokku Umarov noted that one of the goals of the Emirate of the Caucasus jihad is not only separation from Russia, but also unification with Muslims of the Astrakhan region, Tatarstan, Bashkortostan and other regions. And this means that the ideas of Wahhabism will spread not only in the republics of the North Caucasus, but also in the territory of Central Russia, creating for terrorists serious support among the Muslim population of other regions of the Russian Federation. And this is very dangerous, since jihad goes beyond the regional limits of the North Caucasus, and the emergence of the Mujahideen, the preachers of radical Islam, becomes possible at any time and in any place. As it was the case not so long ago in St. Petersburg.

Recently there has been a significant decline in the average age of gang members in the North Caucasus, accelerating the process of attracting young people to their ranks. This happens, according to experts, due to the targeted treatment of young people by nationalist and extremist organizations with pernicious ideas of religious extremism. In essence, Russia is being forced to fight for the minds and souls of new generations, who are entering active life. And if these ideas fully capture the minds of young people, the world is not in the North Caucasus, in particular, will be completely blown up.

Therefore, now the spiritual education of young people, raising their general educational and cultural level deserves special attention. One of the strategic directions of countering extremist ideology, in this regard, is, of course, the implementation of state policy, the main directions of which are outlined in Vladimir Putin’s article “Russia: the national question”.

Ctrl Enter
Noticed a mistake Highlight text and press. Ctrl + Enter
We are
Ideology is not and is not necessary?Military reform as an integral part of the security concept of the Russian Federation: Systematic dynamic assessment
24 comments
Information
Dear reader, to leave comments on the publication, you must to register.