NATO: each member will go their way 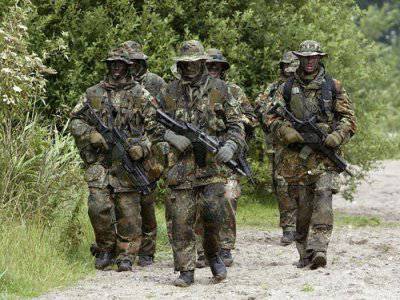 At the beginning of May, Mr. Anders Fogh Rasmussen, NATO Secretary General, speaking at a hearing in the European Parliament’s Foreign Policy and Security Committee, made it clear to Europe that talking about strengthening the military capabilities of the European Union would remain “just a shaking out of air” defense. However, as shown by numerous sociological polls, the most important enemy of the EU is “internal” (© Kuprin), hiding behind “tolerance” and “multiculturalism”. NATO is not at war with such enemies; NATO give enemy external. The only trouble is that no one attacks the EU countries participating in the alliance. Therefore, it seems that Mr. Rasmussen is saying what he was ordered to say at the White House.


As transmits correspondent ITAR-TASS Denis Dubrovin, 6 May Rasmussen said that in order to be “an international player, not a fan,” the EU must expand its budget for defense. “We,” he noted, “need better and more fully support our allies in the United States.” That gave the open secret Mr. Rasmussen.

Further, the NATO Secretary General called on the Europeans "not to dwell on budget problems." It is also clear where the wind is blowing from. We need to support the Americans: they also have a crisis, why should Washington alone pay for the general plans of the West?

Rasmussen said: “We are obliged to provide our citizens and taxpayers with the most reliable security that money can buy.”

It’s fair, if only you believe that some “Bolsheviks” are about to invade Mother Europe, starting, say, with a tidbit of the Baltic, which has only three tank.

Rasmussen, reminds correspondent. ITAR-TASS, almost word for word, voiced Washington’s claims on the European allies, from whom he seeks to increase defense spending.

Is it because Washington "sticks" to Europe, that he has the military capabilities (sorry, defense) have become more modest than they were before? US military spending fell by 6%, amounting to 682 billion dollars in the current fiscal year. As M. Shavlokhova and A. Rezchikov ("Sight"), referring to The New York Times, for the war in Libya, the United States supplied ammunition and anti-aircraft missiles, and drones, fighters, refueling planes were sent to assist the allies, and now in Mali they only help UAVs, transport planes and aircraft- refuelers. Experts doubt that in the next two years Britain and France will even take part in one such operation. Today, both countries are trying to preserve the forces of nuclear deterrence, and indeed the armed forces. In the UK, everything is so bad that American politicians are urging London to abandon the means of nuclear deterrence, the maintenance of which is rather expensive.

The threat from Russia today is considered by many to be far-fetched. Why do we need the North Atlantic Alliance? Perhaps the United States - by itself, Western Europe - by itself?

As the unnamed high-ranking American statesman told the newspaper, Washington seeks partnership in the Middle East and Asia, since “Europe’s decision to reduce defense spending means more and more that it cannot take care of itself and therefore cannot be a valuable partner ". Why does America need a “not valuable” partner?

“If NATO does not act outside, it will have absolutely nothing to do,” said James Goldgeier, dean of the International Service School of the American University in Washington. “He can no longer appeal to the threat from Russia, because it is an unreal threat.”

As analysts remind, with the exception of three countries - the UK, Germany and France - no one in NATO fulfills its obligations to keep military budgets at the level of 2% of GDP. Defense spending in the EU averages 1,6% of national GDP, compared with 5% in the United States. In 2011, the EU countries spent about 180 billion euros on defense in total. Five years ago, the amount was over 200 billion euros.

"Reduced" today, all European countries. London, M. Shavlokhova and A. Rezchikov write, supposes to cut military expenditures by 2015 by 8% compared to the current year; Paris only this year plans to reduce the military budget by 3%; crisis Spain has already cut its military budget three times since 2008, it has been cut by a quarter over the past four years, and a plan to reorganize the armed forces by as much as 13 years ahead has been prepared for further cost reductions. In 2010, Italy cut the defense budget by 10%, and this year military spending will be further cut. The Netherlands, by the end of 2015, intends to reduce the military budget by 13% compared to the current one. Yes, and the EU locomotive - Germany - has cut military spending by about 10 billion dollars.

The scientific director of the German-Russian Forum, Alexander Rahr, reminded the newspaper Vzglyad that Mr. Rassmussen had earlier urged EU members to increase their contributions to the NATO budget, but in vain. Against the background of the escalating financial crisis, the Secretary General’s calls for money will not be even more heard.

As Rar recalled, some European politicians believe that what is happening in the Middle East will in no way affect the European Union. “We are seeing a reduction in funding. Do not increase the cost of the army. In Germany, the army is disarming, the Bundeswehr is almost gone, ”the political analyst said.

Sergey Vasilenkov (Pravda.ru) recalls that before speaking on 6 in May, Mr. Rasmussen scared Europe in February at the Munich Security Conference. There he hinted that “Europe’s serious contribution to NATO’s capabilities will underpin the US commitment to NATO.” True, what kind of threat is Europe talking about, the Secretary General did not elaborate.

Indeed, it would be funny if we could add on our own if he had told the Germans about the Russians or the Belarusians preparing the invasion. Once upon a time, the Cold War was beneficial to NATO. Now, even though the White House in the person of Mr. Obama and denies the harsh rhetoric of bygone days, many masters of military budgets greatly miss the bipolar world. If you remember history, the North Atlantic Alliance itself was once created to repel the possible aggression of the Soviet Union. But where is the USSR now? Many years have passed since the dark days of the Bialowieza Agreement. The Soviet Union does not exist, but NATO is still ready to absorb generous percentages of the Euro budget.

S. Vasilenkov recalls that back in 2011, the United States, represented by Secretary of Defense Robert Gates, announced their possible withdrawal from NATO - in the event of a further reduction of the Allied military forces.

Today, the White House is focused on the situation in the Asia-Pacific region. China is very worried about the United States because it spends 7,8% of GDP on its defense.

Therefore, the White House will not allocate the former amount of funds to Europe. Before 2015, Washington intends to withdraw half of the combat groups stationed there from Europe.

Along with this reorientation of the defense policy, the economic crisis in Europe contributes to the weakening of the US-EU allied relations. The latter reduces financial participation in the North Atlantic Alliance also because S. Vasilenkov notes that it is starting to reorient itself toward its own military equipment, independent of NATO.

As for the United States, they are dissatisfied with the growing influence of the European Union in the military sphere. On relations inside NATO in October 2011, then Defense Secretary Leon Panetta said that an understanding of the critical point of defense partnership emerged in both the United States and Europe.

In general, the trend of modern times can be described as follows: European statesmen are extremely reluctant to finance Washington’s aggressive ambitions, which manifest themselves in different parts of the world.

Thus, Secretary General Rasmussen delivers ardent speeches one after another to the glory of NATO, concluding with their constant theses on the necessary support of the USA and, of course, on ensuring European citizens "with the most reliable security you can buy for money", but Europe lost that image of an external enemy , which was once conveniently represented by the communists from the USSR: the latter, it seemed, were about to wrap up footcloths, put on kirzacs, hang on the neck of the PCA or the Kalashnikovs and crush the peace-loving members of NATO into powder. The current European taxpayers, to whom their rulers periodically listen (especially before the elections), are much more concerned about the financial crisis, unemployment and social instability than the military budget interests of Mr. Rasmussen and his bosses from Washington. The last two years ago, they began to draw a bold cross on future NATO programs. Therefore, it is possible that the Libyan operation was the last major military campaign of the North Atlantic Alliance.

Observed and commented on Oleg Chuvakin
- especially for topwar.ru
Ctrl Enter
Noticed a mistake Highlight text and press. Ctrl + Enter
We are
Results of the week. “He declared this vile thought as his achievement and called tolerance”Results of the week. “Everything is strange and strange! Everything is wonderful and wonderful! ... "
74 comments
Information
Dear reader, to leave comments on the publication, you must to register.