Historical paradox: Poland has forgotten the memory of its heroes and forgot about the Victory Day 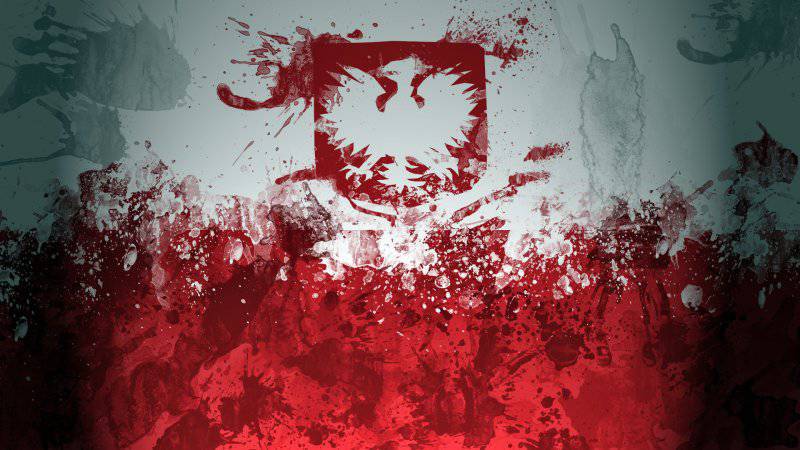 Today, 9 May, on this festive day, walking through the streets of Polish cities, no one will be able to detect any signs of celebrations associated with the celebration of Victory Day. The official Warsaw and the host of "politically correct" media over the past twenty years have sought to eradicate this date from the public consciousness. For a country that suffered a record loss in terms of the number of its then-population in the last World War and for a record long, almost six years, was under atrocious Nazi occupation - this is at least strange. In turn, it is not at all strange that the thinking Poles understand the significance of this day in the destinies of their people and, as before, consider it to be their holiday. Nevertheless, unfortunately, in modern Poland and in the Polish information space, Victory Day is an event of far from primary importance.

In recent years, a deliberately ongoing process of “forgetting” the page continues in Poland. storiesassociated with the victory over Nazi Germany, the main role in which played the Soviet Union. Politicians of all stripes, regardless of likes and dislikes, being in power, consistently ignored this date.

The "oblivion" began in the early 90-ies, when trying to emphasize their "pro-Western" and a departure from the tradition of "neighbor to the east", the Polish authorities have transferred the celebration of Victory Day with "eastern" 9 May "Western" 8 May. Especially because to do so was not difficult: it did not require the adoption of any specific official act, because on this day in Poland was never weekends. Therefore, it was only on the revision of the unwritten but holy tradition.

"Oblivion" Victory Day has led to the fact that in Poland today it is almost invisible. Do not see it in the streets disappeared numerous white and red Polish flags, which has just a few days ago were decorated streets of Polish cities and villages, and are posted at the time of the so-called long weekend 1-3 of May (May Day in Poland is connected with May 3 - Constitution Day).

Do not see holiday dates in the major media in Poland. Television stations that are sure to have the greatest impact on public opinion, whether public or commercial - in their former main newscasts on Victory Day did not say a single word.

An interesting problem for public opinion research center would be to study how young people are generally aware of the Victory Day. However, even without deep research can bet: the vast majority of young people aged 15-25 years, in principle, does not know anything about the Day of Victory.

On the Day of Victory Polish audience hears 9 May - as the celebrations in Russia. Usually such reports from Moscow based on the principle - "like they're celebrating," with a hint of a certain exoticism. The exception was the Victory Day 2010, when the Poles on the occasion 65-th anniversary of Victory received an invitation to a military parade and marching on Red Square not only together with representatives of the armies of the former Soviet republics, but also with the Allies - the United States, Britain and France.

Then suddenly it turned out that the Victory Day - it's also a Polish holiday, also Polish Victory. However, this enthusiasm had influx of one-time, the Polish authorities have assessed this invitation to the parade as a friendly move by Russia to Poland after the Smolensk disaster 10 2010 year in April that killed Polish President Lech Kaczynski and his company 95 people. Therefore, the official cold attitude of Warsaw Victory Day quickly returned to the modern "normal".

It's no surprise that when the day before, on 8 May, the Moscow-based permanent correspondent of the Polish radio told the audience about the scope of preparation for the festivities in the Russian capital, the journalists in the studio reacted to what they heard with bewilderment. They asked the Moscow interlocutor how much these upbeat sentiments of ordinary Russian people are sincere and whether any form of pressure from the authorities or an element of political conjuncture is behind them. Particularly surprised by their fragment of a message from Moscow that Russian youth, on their own initiative and for their own money, buys carnations and hands them to veterans with a kiss and the words "Thank you to my grandfather for victory!".

However, this year the President of Poland Bronislaw Komorowski celebrated Victory Day, but this celebration was forced. Now he is in France on an official visit, and together with French President under the Arc de Triomphe in Paris, laid a wreath at the Tomb of the Unknown Soldier.

Donald Tusk, according to the information office of the Prime Minister, 8 May presented awards to young scientists. About his participation in any of the festivities associated with the Victory Day, the official website - not a word.

On the official website of the City Hall of the Polish capital in category "Warsaw remembers" is, for example, a lot of information about the April celebrations dedicated 70-th anniversary of the uprising in the Warsaw Jewish ghetto during the Nazi occupation and the many related events, including those held under honorary patronage of President Bronislaw Komorowski. However, on Victory Day - not a word.

Victory or a new occupation?

"For Poles 8 May not mean the end of totalitarianism. Along with the end of the war, began economic and political occupation of Poland by the Soviet Union. Occupation replaced another one, so from the point of view of the people change occurred, but there was a qualitative change" - so on the eve of Victory Day , 8 May spoke on the air of the Polish Information Agency Radio political analyst from the Institute of Political Sciences of the University of Warsaw, Jacek Zalesny.

Such theses in contemporary Poland are far from some exotic, deliver them are not extremists or illiterate students, rather, they are becoming increasingly popular in political circles are evaluated as saying "in a good tone." At least, that's what is the situation with the TV screens and the pages of the leading periodicals.

Of course, many Poles have their own opinion about this promotion and their own vision of history that they did not hide. For example, pungent, bitter and at the same time accurately commented on the statement referred to the political scientist, one participant online discussion: "Soon these bastards from the government and" opposition "inspire us that the USSR broke supporting Poland, German troops and destroyed the prosperity of the province of the General (the name part of Poland under Nazi occupation, which was not attached to the Reich - AS). "

Much bolder to the Victory Day celebration fit the local authorities in the provinces, although their activities on a national scale have significant resonance. Elblag city near the border with the Kaliningrad Oblast, implements a two-day program of celebrations in which 8 May flowers and wreaths laid on the graves of Allied and Soviet soldiers, and devoted to the commemoration May 9 68-th anniversary of the liberation of the concentration camp Stutthof-subcamp Elblag.

It will be recalled that during World War II killed over 6 million Poles, including the Nazis turned to ashes in their concentration camps three million Polish citizens of Jewish origin. Thus, in a military nightmare lost more than one-fifth of the then population of Poland - it's a sad world record for losses in relation to the total population of the country.

Polish troops fought in all the major theaters of war in Europe and Africa, and in the country - despite the atrocities of the Nazis - in all the years of Nazi occupation in hiding acted structure of the Polish state and the numerous anti-fascist militias.

In spite of the death penalty, which threatened the whole family helping Jews, Poles are 26% of those who for the salvation of the Jews awarded the title of Righteous Among the Nations (6394 people, including 704 person - posthumously).

Ctrl Enter
Noticed a mistake Highlight text and press. Ctrl + Enter
We are
About Stalin and KhrushchevFunctional stupidity and national stupidity
56 comments
Information
Dear reader, to leave comments on the publication, you must to register.