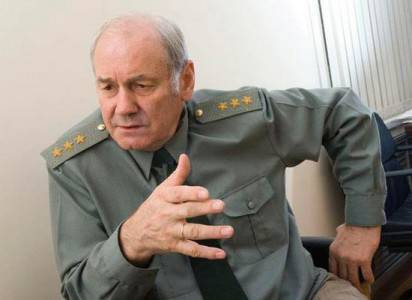 9 May is a great day at stories not only our state. The generation of our grandfathers and fathers made a world-historic feat. They managed to stop, and then defeat the Wehrmacht, to win and those who secretly financed, created the Nazi machine, fostered Hitler himself. All this was done by our simple worker, who put on epaulets, became a soldier.


The USSR was the only country that could stop the stupefied fascist power.

In fact, both Great Britain, and France, and (to a lesser extent) the USA, were paving the way for Hitler to the East. They gave Austria to Germany strengthened. They surrendered Czechoslovakia to Hitler, then to Poland. The war Britain entered into with 1 of September 1939 of the year with Germany and allegedly stood up for Poland was a strange war. They seem to be in a state of war, but they shoot a little, they bombed, but there was no decisive fight. They also surrendered Romania with its oil, they surrendered all of Europe, and then France itself went to bed. The most grandiose event at the beginning of the Second World War is the naval battle in which the British sank the French fleet, the fleet of their allies!

June 22 Wehrmacht Hitler attacked the Soviet borders. On that day, the most amazing event in the history of mankind happened: all the peoples of the world, all the people of the planet closely watched how the Soviet Union responded, because only the country that could stop the stupefied fascist power remained. Churchill radioed the population, saying something like this: there is no more irreconcilable opponent of communism than I, but today the situation has changed, and the threat that hangs over Russia is also a threat for us and the United States.

The Cold War confirms that we were allies only by interests

June 24 spoke in the media to US President Roosevelt in connection with the events on the Eastern Front. He, like Churchill, said: this is a threat not only to Russia, but also to the United States, and we will help Russia until it fights (with the key word “bye”) with the Axis countries. That is, the obligations of eternal friendship, they did not take.

When the Soviet army showed the ability to smash the Germans, only then did the agreements on lend-lease deliveries come to help us. But here we must bear in mind that this assistance was not a humanitarian action: we paid for each shell, for each tank, and aircraft. And since we did not have dollars, we paid in gold. Then the Allies detained the opening of the second front, and did not hide the goals, why they delayed: so that Germany and Russia exhausted themselves as much as possible. And at the final stage of the war, in March 1945, Churchill with a group of American and his generals developed a plan, in accordance with which it was planned in June to strike at the Soviet troops that had entered Europe. This plan has now been declassified and published in our collection of declassified Western documents under the title "Main Opponent". Roosevelt objected to this plan, and for some reason he died suddenly.

The Imperial General Staff of Great Britain conducted a comprehensive assessment and came to the conclusion that the coalition will have superiority in the air force, but the ground forces will be defeated. Therefore, this operation was stopped, and Churchill lost the election and was dismissed. The Cold War, which began immediately after the victory, confirms that they were allies only for our interests.

Ctrl Enter
Noticed oshЫbku Highlight text and press. Ctrl + Enter
We are
A great interview with Sergey Lavrov: about Ukraine, Obama and IranHitler's loyal followers
19 comments
Information
Dear reader, to leave comments on the publication, you must to register.