Sergey Gorshkov, an assessment of the Soviet Navy at the 2 performance on November 1985. 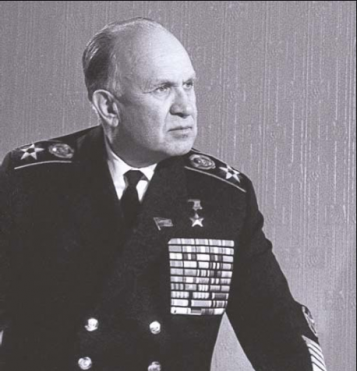 In fact, this was the last, at the same time, more than two hours, the speech of the aged commander-in-chief before the leaders of the fleets on practically all the problems of the Soviet Navy for 1984-1985. The performance took place on November 2, 1985 from 15 hours 15 minutes to 17 hours 50 minutes without a break. These were the results of two years of activity at all fleets USSR, as well as it was a detailing of the instructions of the USSR Minister of Defense for the next two years - 1986 and 1987. The central idea was what measures should be taken and what should be done to develop the ability to fight.


It should be immediately noted that in the speech of SG Gorshkov, only negative examples of the state of affairs on ships, in formations and in general in the Navy prevailed. Of the global positive, only a general formulation was heard that, in general, ships and units of fleets successfully solved tasks, and of specific facts, only the replenishment of fleets in 1984-1985 was given. nuclear submarines of the third generation.

What was the main thing in the shortcomings and shortcomings in the fleets, according to the commander in chief, who, of course, knew that in four weeks he would leave his post? Here are some examples from the speech of Admiral of the Fleet of the Soviet Union S. Gorshkov:
- standards of maintenance in the system of permanent readiness ships are not maintained. So, on the Pacific Fleet they are violated in three divisions of the nuclear submarine and one division of diesel submarines;
- the terms of repairing ships are not maintained, since fleet commanders and fleet technical directorates could not organize the development of allocated funds for repairs;
- Two times a year, the technical condition of ships is audited and malfunctions are always found on many ships.

Separately, the problem of combat service was highlighted. For 1985, 494 was hike boats and surface ships! However, before leaving, changing the composition of the crews. So, on one of the submarines for 15 days before the release, 20% personnel and even ... the commander were replaced! And in such a composition the boat left the Pacific Fleet base in the Indian Ocean. Result: 2 people died, the submarine had to be returned to the base as unprepared.

In the Atlantic and the Pacific, the fleets were not able to open up patrol areas of the American submarines of the Ohio type, but their Trident missiles were aimed at the USSR. But even in the area of ​​our waters, recognized by the commander in chief, we cannot control the submarine of the likely enemy, they freely penetrate the Sea of ​​Okhotsk. He further stressed that the percentage of breakdowns in nuclear submarines due to personnel increased in military service. For example, September 29 1985 on the K-175 submarine (commander captain 2-rank VV Kondakov) during routine maintenance in the port of Aden due to the fault of the crew, the power engineer completely failed (NPI of both sides). The boat had to be towed to the base.

SG Gorshkov was singled out and a low level of operational training in the fleets: operations are planned routinely, there is no element of surprise. Operator operators poorly know the tactics of the likely enemy. The general conclusion was made sad: to conduct modern operations and fleets to fight at sea are not ready. Something similar sounded on combat training. The point is that the commanders of the ships are not prepared for the conduct of a sea battle. And referring to tactical training, the commander-in-chief emphasized that she did not become the main component of the training: the plans for going to sea were simplified, just to pass the course tasks, and not to learn the ability to fight. The outdated tactics are used when using new ships, the effectiveness of reconnaissance during the actions of the KUG does not increase, little attention is given to EW.

A high percentage of accidents, a low level of practical preparedness of personnel in the struggle for survivability (they don’t even use Ipi, do not perform NBJ, etc.), low discipline were noted in the speech. As a result, said the commander in chief, before 2 November 1985 (for less than a year) 306 people died, 1325 sailors were convicted. According to him, for the past year and a half, 500 officers and 1000 midshipmen were fired from the Navy due to drunkenness. 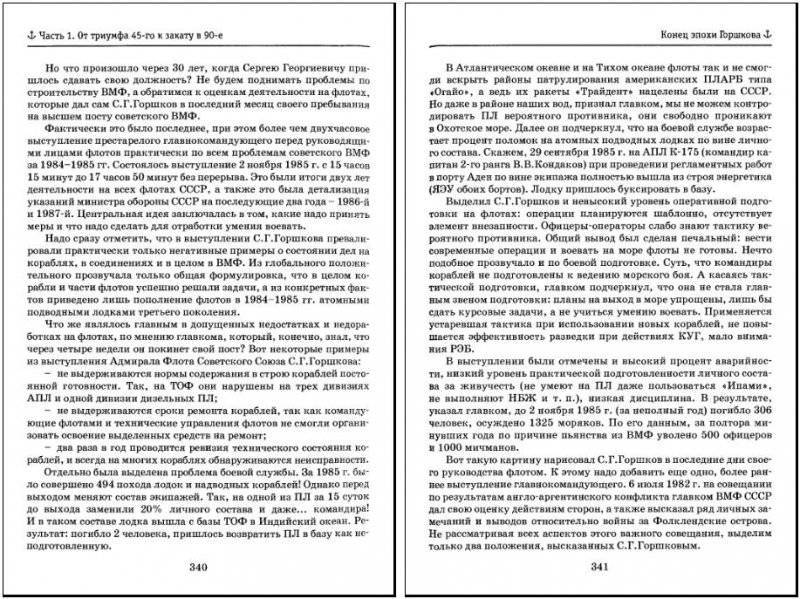 Ctrl Enter
Noticed a mistake Highlight text and press. Ctrl + Enter
We are
Diplomats of the People's Commissariat of Defense: on the eve and during the warMyths of the Great Patriotic. Papier mache helmet
22 comments
Information
Dear reader, to leave comments on the publication, you must to register.