Chevalier of the Glory Orders of 3 degrees Degree Alexander Efremov 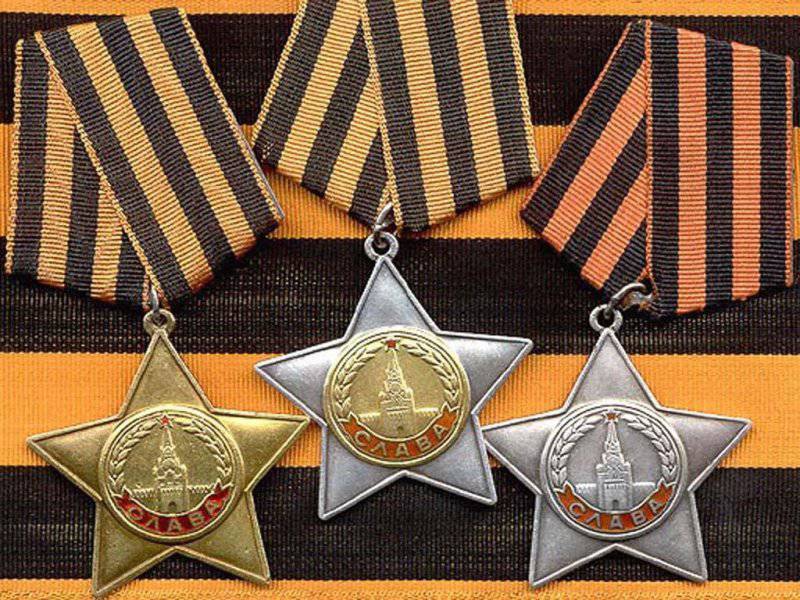 As often happens in editorial life, sometimes the most interesting topics of publications are suggested to us by our readers. Any small episode, heard by chance, opens up a whole layer of rich material. It happened at that time. Ivan Mikhailovich Bogdanov came to the editor and in his short story seemed to give the task: to write about our countryman, the cavalier of the Orders of Glory, Alexander Ivanovich Efremov, who laid down his head for the Motherland in World War II.


I confess that this is not a simple matter, because the information about this person is rather scarce: he was born in a village. Calgalaksha Kemsky district. He worked in the system "Rybkoop".

The first question was: are there any relatives? Someone suggested - this is Tamara Aleksandrovna Shvabskaya. Unfortunately, she only confirmed that she really was a relative-hero, but she does not remember him - she was little and could not tell anything about him. True, as a person in the village, Alexander Efremov is known, his memory is honored: his street is named in Calgalaksha, his name is on the lists of the Books of Memory of Karelia and carved on the obelisk to villagers who have fallen in battle.

The next attempt is to call on the almighty Internet for help and contact the Podolsky archive of the Ministry of Defense. If the request in the first variant is simpler, then searching in archive documents takes a lot of time. But the world is not without good people. Tatyana Slyusareva, director of the methodical center, having learned this from me history, volunteered to help. She connected her longtime Moscow acquaintance, Maria Mikhailovna Rokhlin, to the search, who has experience in searching for such documents.

So bit by bit the first information was accumulated, while very modest. The exact date of his birth is not known: he was born in 1916 year, died in battle in February 1945 year. The military overcoat was put on 42 in January, and was already on the front line in March. He fought bravely, but it could not be otherwise: the most reliable and proven fighters serve in reconnaissance. Throughout the war, fate seemed to preserve the life of a soldier. Death from an enemy bullet bypassed. He was wounded twice, after the hospital - again the front. According to the available data, one can only trace the main milestones of his military way.

February 1944 of the year. The 5 th shock army of the 4 of the Ukrainian Front is conducting an operation to eliminate the Nikopol bridgehead. It is appropriate to recall here that by 1944, the Soviet troops created the conditions necessary for the liberation of the territories occupied by the fascists. To this end, an offensive action strategy was developed, the so-called “Ten Stalinist crushing blows”. The first was applied 14 January 1944 of the year near Leningrad and Novgorod by the troops of the Leningrad and Volkhov fronts. The Apostol-Nikolskaya operation conducted by the Ukrainian Fronts 3 and 4, became part of the second crushing blow. The Nazis led fierce resistance on the outskirts of the right bank of the Dnieper. In the battle for the liberation of the village of Sergeevka, which is a little northeast of the village. The Great Lepetikh (Kherson Oblast), scout 96 of the separate Guards Guard Private Private Yefremov distinguished himself - he destroyed the enemy machine gun, which prevented the advance of the unit. The brave feat of the soldier appreciated the command - Alexander Efremov received his first Order of Glory 3 degree.

August 1944 of the year. Liberation actions were gaining rapid strength, at the cost of deadly battles with the enemy, Soviet troops moved further and further to the West. And on August 25, the reconnaissance platoon of the reconnaissance 291 Guards Regiment (the same division, 28 Army, 1 Belorussian Front) Alexander Efremov once again perfectly fulfilled the combat mission: overcoming the Western Bug River, revealed the location of enemy firing points, were then amazed. The place where this episode of the military way of our countryman took place is the village of Rybno, which is in 2-km south-west of the Polish city of Wyszków. How important and risky was this soldier’s work is evidenced by his Order of Glory of the 2 degree.

By making the text a detailed reference to the names of the fronts, armies, divisions, I hope that this will help to some extent in the further search for information about Alexander Ivanovich, about his fellow soldiers. And going to the last page of his heroic way, I bring the text of the award list to the guard Sergeant Efremov:

After our troops crossed the border of East Prussia, the guards sergeant Efremov began to show more hatred for the enemy, wanting to finish off the wounded beast in his lair soon. On the night of 22 on 23 in October, 1944 proved to be a fearless guard. When performing a combat mission, he made his way to the rear of the enemy and, setting the location of the firing points, returned to the unit, and on the way back at night he took off the enemy patrol as part of 2's German soldiers.

In the morning of October 23, according to his data, our artillery “covered” the fire, destroying the enemy’s 4 machine gun and the enemy’s mortar 3, which contributed to the occupation of the south-western outskirts of the town of Stallupönen (now Nesterov town of Kaliningrad Oblast) for showing exceptional courage , courage and courage, Comrade. Efremov deserves a government award of the Order of Glory 1 degree.

The commander of the 29 th 1 Guards Rifle Regiment of Guards. Major Matveyev.

The commander of the 96 th Order of the Red Banner of the Guards Rifle Division, Major General Kuznetsov.

The commander of the 3 Guards Rifle Corps, Major General Aleksandrov.

The conclusion of the Military Council of the Army: deserves the award of the Order of Glory 1-th degree.

The award presentation is followed by the signatures of the army commander of the 3 Belorussian Front, General of the Army Chernyakhovsky, and member of the Front's Military Council, Lieutenant General Makarov.

But, judging by the dates of the submission, Alexander Ivanovich did not have time to receive the award - he died while completing the next task.

Again, back to the chronicle of events. February 1945 of the year. By this time, the troops of the 3 of the Belorussian Front reached the approaches to the city of Preussis Aylau (now the town of Bagrationovsk, Kaliningrad Oblast), an important communications hub (3's railways and 6 of highways) and a strong German defense base in East Prussia. Fights were for every town. I have a copy of the document that put an end to this stage of my investigation. This is the “Name list of irretrievable losses of the sergeant and rank and file for the Guards Rifle Ilovatskaya Order of Lenin of the Red Banner Division”. In the list among 111 - surname A.I. Efremova: “died in the battle of 5 in February of 1945 of the year, buried in a mass grave in the center of the village of Guvenen, 6 km northeast of the city of Pr. Aylau, East Prussia. I cannot fail to mention the fact that a little later, on February 18 of the same year, near the city of Melzak, the commander of the 3 Belorussian Front was killed by a splinter from the shell of the Belarusian Front I.D.

After the war, the lands of East Prussia became part of the RSFSR. The settlements bearing the Prussian-German names were renamed: Konigsberg became Kaliningrad, Preussisch Aylau - Bagrationovsky, and the small village Guvenen became the settlement of Ryazan. But too much time has passed, much has changed. No longer on the map of this village. What happened to the mass grave, where now look for traces, where the remains of the soldiers, who were resting on this earth, were transferred?

The Military Commissariat of Bagrationovsk, where I turned in the search process, does not have such information, but promised to help in the search for the burial. And finally, the long-awaited result. Confirmation received: Sergeant Yefremov reburied in a mass grave in the city of Bagrationovsk. So far his surname is not among the perpetuated soldiers (unfortunately, not all heroically lost defenders of the Motherland have been named by name), but an application has already been submitted to the city administration and there is confidence that the name of Alexander Ivanovich Efremov will be carved in stone.

We need to know at what cost Victory in the Great Patriotic War. We must remember every warrior who gave his life in mortal combat with the enemy. Therefore, a big request to the readers: respond if there is any other information about our hero or his relatives.
Every year we celebrate the Day of Remembrance and Grief. 22 June 1941 of the year was the date that crossed out the fate of the people of a huge country. 70 years have passed, but so far we are discovering all the new pages of that terrible war, in which the name of our countryman, holder of the Glory Orders of 3 degrees Alexander Ivanovich Efremov, is also written. Eternal memory to him!

Afterword. Much time was spent on the preparation of this material, both mine and the people who helped shed light on the fate of AI Efremov. And the words of gratitude for sensitivity and understanding are addressed primarily to Ivan Mikhailovich Bogdanov, Tatiana Alexandrovna Slusareva, veteran of World War II Maria Mikhailovna Rokhlina (Moscow), employee of Bagrationovsky recruiting office Vasily Vasilyevich Chekalo. Special gratitude to the volunteers who create and maintain Internet resources, giving them the opportunity to get sometimes invaluable information about the events of bygone days, about people whose names should not disappear from people's memory.

The Military Order of Glory was established by decree of the Presidium of the Supreme Soviet of the USSR 8 November 1943 of the year, it has degrees - the third, second and highest first. According to the statute, this is a soldier’s order, it was awarded to soldiers and sergeants. For the Great Patriotic War, the Order of Glory 3-th degree was awarded to 1 million people, 2-th degree - more than 46 thousand, and 1-th degree - 2637.

Ctrl Enter
Noticed a mistake Highlight text and press. Ctrl + Enter
We are
The father of Russian physiology. Ivan Mikhailovich SechenovMy grandfather's front-line letters (part 2)
10 comments
Information
Dear reader, to leave comments on the publication, you must to register.