By September of this year, peacekeeping units will be created in the Airborne Forces 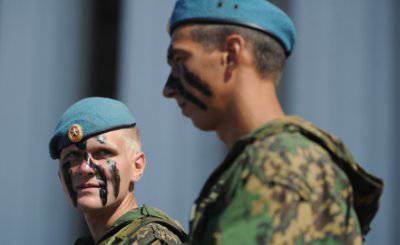 By 1 this September, paratroop units of peacekeepers will be formed in all airborne units, the commander of the Russian Armed Forces of the Russian Federation Colonel-General Vladimir Shamanov told reporters today.


"In four divisions, we will have one battalion for 100 per cent staffed by contract military personnel who will be involved in UN peacekeeping operations and protecting the interests of our allies within the CSTO," the commander of the Airborne Forces explained.

"At the same time, the 31 Guards separate assault assault brigade stationed in Ulyanovsk, as the most air-conditioned unit of the Airborne Forces, will be ready to begin peacekeeping tasks already from 1 this June," he said.

According to Shamanov, the post of deputy commander for peacekeeping forces and the Collective Rapid Response Forces / KSOR / CSTO is being appointed in the command of the Airborne Forces to ensure the management of peacekeeping activities and the corresponding staff unit is formed.

Since 2009, the CSTO RRFR consists of two airborne units - the 98 Guards Airborne Division / g. Ivanovo / and 31-th Guards Separate Air Assault Brigade / g. Ulyanovsk. These formations are permanent participants of the training and combat activities conducted by the CSTO leadership as part of the CORF, including large-scale joint exercises in the territory of the allied states.

As the spokesman of the Airborne Forces Colonel Alexander Kucherenko, in September of this year, units of the 31-th Guards Separate Air Assault Brigade will participate in a joint exercise "Interaction-2013" with the CSTO RRF, which will be held in Belarus.