8 May 2013
18
Why was the intelligence officer recognized in the USSR only 20 years after the war? 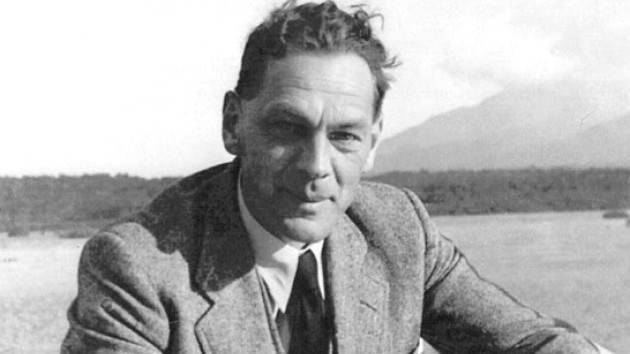 The name of the Soviet intelligence officer Richard Sorge (1895 – 1944) is inseparable from stories World War II for the sole reason that it was he who most accurately indicated the date of the outbreak of war.

These are the famous “Ramsay Agent” messages. 30 May 1941: “Berlin informed Ott that the German action against the USSR will begin in the second half of June. Ott on 95% sure that the war will start. ” June 1: “Waiting for the start of the German-Soviet war around June 15 is based solely on the information that Lieutenant Colonel Scholl brought with him from Berlin, from where he left for May 6 in Bangkok. In Bangkok, he will occupy the post of military attache. ” 15 June: “The German courier told the military attaché that he was convinced that the war against the USSR was probably delayed until the end of June. The military attache does not know whether there will be a war or not. ” June 20: "The German ambassador to Tokyo Ott told me that war between Germany and the USSR is inevitable."

We note, however, that, despite the widely spread legend, the specific number of the beginning of the war - 22 June 1941 g. - Sorge did not name. It should also be borne in mind that not only from Ramsay, but also from other intelligence agents, the Soviet leadership received information that Germany would attack the Soviet Union on April 15, 1, 15, May 20, June 15 ... These days were coming, but the war did not start. Including Richard Sorge called several terms that were not confirmed (for example, a message from May 19 about the beginning of the war at the end of May 1941). Therefore, alas, the Ramsay warnings (from 30 of May, 1, 15, 20 of June) did not play a proper role in preparing for a reflection on the fascist aggression.

The information reported to Sorge after a couple of months had much greater effect that Japan would not oppose the USSR by the end of 1941 and at the beginning of 1942, which would save it from the exhausting war on two fronts.

This report Sorge already believed seriously (thanks, of course, warnings about the timing of the outbreak of war). The stake was able, without much risk, to remove from the eastern borders of the country 26 fresh, well-trained Siberian divisions and transfer them to Moscow, preventing the Nazis from seizing our capital.

Richard Sorge is still quite a mysterious figure for us, although much has been written about him in the USSR and Russia after 1964. I knew, of course, that Sorge served in the German army during the First World War, but did not know that he was a gentleman of Iron cross and participated in the famous battle of Verdun, where he was seriously wounded, and he did not know that it was Verdun who had a decisive influence on his worldview. And this is very important, because with regard to the playboy, how Sorge is portrayed in Western films and books, the question always arises: how much was he sincere in his service to the communist idea?

I must immediately say: Sorge was absolutely sincere in his decisive rejection of the world order that had led mankind to Verdun and his meat grinders.

But this does not mean that many beautiful myths about Sorge are true. It turns out that this supposedly “courteous gentleman”, being the corporal of the German army, preferred to beat the teeth in all other methods of persuading subordinates. Hazing bred! But the main disappointment, of course, is not this, but the fact that the legendary Sorge, this Soviet James Bond, in fact for many years, from 1918-th to 1929-th, led the life of the party functionary average for the lovers of adventurous and detective stories the link - first in the Communist Party of Germany, and then in the apparatus of the Comintern in Moscow. And who knows, maybe the not very well-established party and Comintern career of Sorge is the key to understanding his personality. Judge for yourself: he, a man of the same generation with Hitler, passes, like the one of the First World War, receives the rank of corporal, becomes a Knight of the Iron Cross, and also goes to party work after the war — only Sorge in the CNG, and Hitler in the NSDAP. Moreover, for a short period of his life, Hitler was like Sorge in the communist ranks — when he served in the Bavarian Red Guard and spied for the Reichswehr. However, the younger Sorge by the time of 1919 was the doctor of economics, and who is Hitler in 1919? No one! He even had no place to live in Munich, that's why he headed to the Red Guard barracks, from where he left for 1914 to go to the front. Sorge - brutal handsome, and Hitler? Sorge is a great-nephew of a famous comrade-in-arms of Marx, which seems to have promised him a dizzying career in the KPD, and Hitler is a man without a family without a tribe, not even a German citizen. But go and see: for 1923, when the communist coup in Hamburg and the Nazi outbreak in Munich broke out, Sorge is still a minor CNG functionary, and Hitler is already the sole leader of a rather big party. Hitler wrote in prison “My Struggle”, which immediately became a political bestseller, and the professional publicist Sorge is still unknown to the general public and almost humiliatingly uses the only chance to “rise”: he asks the leaders of the Communist International Kuusinen, Manuilsky, Pyatnitsky for several days in his apartment during the KPG congress, pick him up to Moscow. "To Moscow! To Moscow! ”What about Moscow? He was there waiting for the post of assistant, consultant, assistant in the apparatus of the Comintern ... The same soup, but thinner. And Hitler, meanwhile, grows into a policy of general German scale. In 1928 – 1929 Sorge is breaking out abroad, to Scandinavia, as an instructor of the Comintern, but here there are new humiliations: the need to literally beg for a penny from Moscow for maintenance. Our macho man writes to Moscow: I can't keep borrowing 3 – 5 crowns with a promise to give in Berlin!

For an active and broad-minded person, Sorge simply had no choice but to offer his services to the Red Army Intelligence Directorate and go anywhere, even to China, but for independent work, in which he achieved the greatest success.

Interestingly, while working in China, Sorge came to a prophetic conclusion about strengthening the role of the United States in international affairs: "It became clear to me that in the future the United States would take the place of Britain as the dominant power in the Pacific."

In 1933, the command decides to send Zorge to Japan, where he arrived on 6 in September 1933, as a correspondent for influential German newspapers Bursen Courier and Frankfurter Zeitung. Prior to this, he visited the United States, where, as a German correspondent, he managed to receive a letter of recommendation from the Japanese embassy to the Japanese Foreign Ministry.

In 1938, the man who had recruited Richard - Jan Berzin, the head of the military intelligence of the USSR - was arrested, convicted and executed. In addition, they arrested almost all the associates of Berzin in the Soviet military intelligence. A significant number of its employees working abroad were recalled to the USSR, some of whom were repressed. They called a secret telegram and Sorge. However, he, apparently suspecting that instead of going on leave, he could be awaiting arrest, he would postpone his departure under various pretexts. Sorge, in fact, was in Japan, contrary to the orders of the command.

From Mikhail Alekseev’s book “Your Ramzai” (M., 2010) it became clear why in the USSR Sorge was “recognized” only in 1964. The fact is that, judging by the documents of the Japanese “case of Sorge” cited by the author, he, as they say, “partially cooperated with the investigation” and confessed that he was an agent of the Comintern. According to the well-known security officer B. I. Gudz, this was due to the fact that they used torture on Sorge. No, Sorge did not give out any secrets to Intelligence and the NKVD, but he spoke and wrote about the structure and nature of the activities of the Comintern in some detail. And by the way, he gave a special subscription to the Comintern (it is given by M. Alekseev) under no circumstances to do so. After all, the Comintern was not the most open organization and, moreover, at the time of his arrest, Sorge was still active.

Apparently, in prison, Sorge decided to “sacrifice” the Comintern (dissolved 15 in May of 1943) in order not to sacrifice intelligence secrets.

I think before assigning the title of Hero of the Soviet Union to a scout in 1964, the Politburo resolved the question: did Sorge consider his revelations about an already non-existent organization to be a betrayal or not? And, probably, they considered it a tactical move, and not a betrayal.

After all, before the cruel execution (hanging on a piano string), Sorge, who did not know Japanese, exclaimed in Japanese: “Sekigun (Red Army)! Kokusai kesanto (Comintern)! Sobieto kyosanto (Soviet Communist Party)! ”

Ctrl Enter
Noticed oshЫbku Highlight text and press. Ctrl + Enter
We are
70 years ago, Soviet intelligence officer Richard Sorge was executed in Sugamo PrisonDiplomats of the People's Commissariat of Defense: on the eve and during the war
Military Reviewin Yandex News
Military Reviewin Google News
18 comments
Information
Dear reader, to leave comments on the publication, you must to register.