T. Kartanbayev: In Kyrgyzstan, extremists are grown for public funds 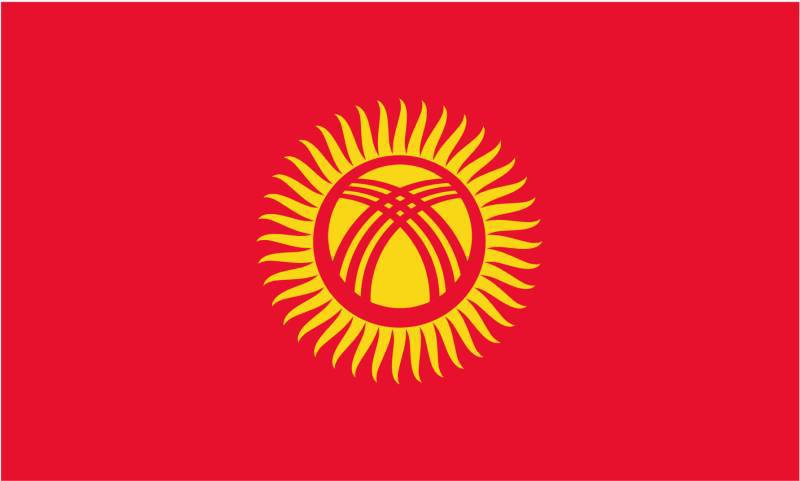 In Kyrgyzstan, the introduction of a new religious extremist doctrine from Turkey - “Nurdzhuler” - is proceeding rapidly into the minds of young people. The state itself pays taxpayers' money in order in the near future to once again drive the country into the chaos of religious and national hatred.


Every day the popularity of studying the Turkish language is growing in universities and lyceums of the country, for which new faculties and directions are opening up everywhere. It’s certainly good to know the language of a friendly country, but no one from the Ministry of Higher Education even bothered to check, but what are they generally taught in these courses? Who are these Turkish teachers who so zealously arrived in Kyrgyzstan, a beggar mired in anarchy? Connivance at the highest levels and complete indifference to the fate of their own youth leads to the fact that the consciousness of young Kyrgyzstanis is clouded with yet another theological teaching, Nurculer, which does not pursue peaceful goals. And the entire world community is well aware of this, except, as was to be expected, Kyrgyzstan itself, where it is active funding from abroad and create a springboard for a surge of new terror.

So, for example, when we surveyed the students who attend the free courses of a teacher at the Kyrgyz-Turkish University Manas in Bishkek Burak Altynli, we found out that they get not only knowledge of Turkish literature and art, but also study the works of a certain Said Nursi. In particular, they talked about the book "Risala-i-Nur", which describes the canons of "Nurculer", of course, not related to the rich cultural heritage of the Turkish people. We went even further at Osh State University. It is well known that this university has become a favorite place of Turkish preachers and theologians of all stripes. So, the religious scholar Ismoil Fuzal arrived here from Turkey famous for his extremist slogans and sermons. Not long ago, he actively disseminated the ideas of "Nurdzhuler" among students in Kazakhstan and Azerbaijan, so that his experience is rich. Moreover, given the full ideological vacuum of modern Kyrgyz youth, it will not be difficult to put it on the path of jihad and turning the country into some kind of emirate.

However, from the state structures, special services or at least the ministry of higher education, this fact was not paid attention to, I am afraid to suggest that officials busy with embezzlement of the state do not care for the future of this very state. As for I.Fuzal, he calmly conducts his destructive mission at the theological faculty of Osh State University. Like every skilled psychologist, he learns through discussions what is happening in the soul of the young residents of the Osh region. And at the same time, and produces information about the religious situation in Kyrgyzstan and the Fergana Valley as a whole. The theologian is trying to give a political tint to the ban on the Nurjuler movement in neighboring Uzbekistan. With strong ideological and religious pumping, this intensifies inter-ethnic and religious enmity between countries even more, which is good for the sponsors of all such religious extremist movements. In addition, I.Fuzal is engaged in the dissemination of the ideas of "Nurdzhuler" in the course of additional classes, during which the canons of "Nurdzhuler" are imposed under the guise of learning the Turkish language of youth and the books of the Turkish theologian S.Nursi are distributed free of charge.

Connivance has already led to the fact that the Osh University graduates, poisoned by the ideas of Nurdzhuler, seem to be recruited (or maybe this is true, the Kirghiz secret services are inactive!) Conducting active, purposeful activities to reinterpret events in the region and the world. What is important - the "correct" interpretation, in terms of aggressive ideas "Nurdzhuler." This work is carried out in a hierarchical chain: Turkish teachers - students of Kyrgyz universities, students - students of local schools. And what is even more terrifying - this fact has grown into a trend! With each passing month, the number of young extremists who are ready to kill their friend, neighbor and brother to translate the insane ideas of some sponsors from abroad is increasing more and more.

Where it leads? The wick of the next powder keg was lit with the complete indifference of the leadership of Kyrgyzstan, and only the time and prudence of the Kyrgyz authorities, who hopefully will come down to the aspirations and problems of their own people and first of all, will show what will happen next.

Ctrl Enter
Noticed oshЫbku Highlight text and press. Ctrl + Enter
We are
Kyrgyzstan and Tajikistan: Notes from the Fergana hotbed of tensionLanguage and politics. Russian language space is shrinking from year to year.
Military Reviewin Yandex News
Military Reviewin Google News
16 comments
Information
Dear reader, to leave comments on the publication, you must to register.