For the first time in three years, Suvorov and Nakhimov will participate in the Victory Parade 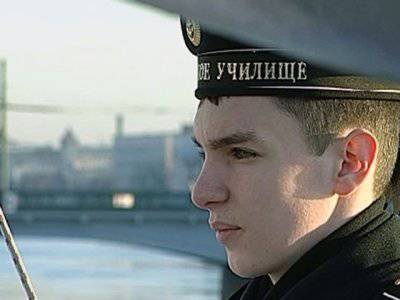 In the morning of May 7, the final rehearsal of the Victory Parade will take place on Red Square. Among those who will be held a solemn march across Red Square are students of Suvorov and Nakhimov schools. They will participate in the parade for the first time after a three-year hiatus.


The pupils of the school wear scarlet Suvorov shoulder straps already in 11-12 years. However, the junior company in the Parade still decided not to use. Students from 8 to 11 classes will enter Red Square. The main condition: the drill should not affect performance. In the ceremonial calculation - only honors and horoshisty. Now they have to give all the best, both at the desks and on the parade ground. “Quite recently, I went to the medical unit, to the detention center,” says Alexander Kasyanov, head of the Moscow Suvorov Military School. “Two guys from the parade were ill with the flu. I asked:“ What complaints, requests are there? ”-“ Comrade General, One request: do not remove us from the front board! "

Suvorov team has been training for the past three months. And it does not matter that someone out of habit still holds his neighbor in the line with his little finger to keep the balance, and someone doesn’t raise his chin enough. As the commanders say, on Victory Day, the very feeling of the holiday will help the cadets not to pass through - to “fly by” across Red Square.

Specialized military schools were established during World War II in 1943. Then they got their name - in honor of the Russian commander Alexander Suvorov. Most of the children recruited there were soldiers killed at the front, or those who were left unattended during the war years. And today, traditions do not change here: the majority of Suvorovs are either from military dynasties, or from those families that are somehow connected with the army.

As the military themselves say, the Suvorov schools are “right-flank” educational institutions where they prepare the future elite of the armed forces. During the years of their existence, more than 130 thousands of people left them. Among them are army generals, district commanders, other prominent military leaders, scientists, actors ... Alexander Kizimov, for example, sees himself in the future in the diplomatic field. At the school, he received the nickname "French Lyceum student" for helping to learn Russian to students of the Saint-Cyr Lyceum who came to Russia in exchange. “If I studied English at school, I did not have French,” Alexander admits. - I learned it here, thanks to the local base. "

On the eve of the parade, the Suvorov students received students from the Nakhimov Naval School. Together they went to rehearsals, first in Alabino, and then on Red Square. The structure of Nakhimov’s students is noticeably shorter - just the cadets themselves are younger. Unlike the Suvorov students, the 11 class did not dare bother to give students the opportunity to prepare for the final exams.

Despite the severity of the commanders, the “substitute” still look at their “fellow soldiers” in the ranks, and do so with undisguised admiration and envy. Although the news Participation in the Parade initially caused double feelings to the Nakhimovites. “The first, of course, is an emotional outburst, I want to go through everything,” says Valery Sukhinin, deputy head of the Nakhimov Naval School for academic work. “But when a person finds out how to go, he already has a small pullback. But if a person has goal, no matter the age does not play. "

The cadet Anton Vusaty is just one of those who are used to setting goals and achieving them. He was born in Novorossiysk, he was not in the military family, but immediately decided - he wants to connect his life with the sea and fleet. He entered the Nakhimov school three times, he did not even consider other options. And finally - he did. Participation in the upcoming Parade, Anton admits, is not just a “tick in the biography” for him. “Firstly, this Parade is not for me, and not for the rest of society,” he says. “This is for those people who gave their lives back in those years. They gave us to live now. And what I'm going to I’m tired of it, and I can’t get tired of it. In doing so, I pay tribute to those who then fell for us. "

In addition to the parade on the main square of the country, Suvorov and Nakhimov 9 May participants will take part in celebrations in other cities of Russia. Ussuriisk, Ulyanovsk, Yekaterinburg, Kazan, Tver - in almost every city where there are branches of schools, their cadets are preparing for the parade.

By the way, this year marks the 70 anniversary of the founding of such schools. And the return of their pupils to the system is not only a revival of traditions, but also the best gift for the anniversary.