Who is it NATO? Talk about the American military base in the port of Aktau - the purest fantasy 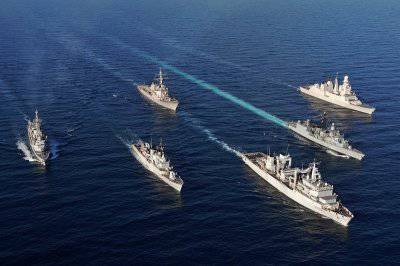 Speaking at a conference of foreign ministers of the countries participating in the Istanbul Process last Friday in Astana, President Nursultan Nazarbayev of Kazakhstan noted that Astana is ready to “expand the transit potential for NATO cargo through the Caspian port of Aktau” in the context of our agreement with the North Atlantic Alliance on assistance in normalizing the situation in Afghanistan. This news raised a wave of concern in the neighboring countries of the region, primarily in Russia: local experts seriously fear that a Pentagon military base will appear in the future in western Kazakhstan.


In neighboring Russia, many experts nervously perceived the statement of the head of Kazakhstan, and some frankly panicked: they say, the already fragile construction of Caspian security will collapse if smart Americans quickly build a military base in Aktau, explaining that they need to reduce the threat of drug trafficking, fight religious extremism, smuggling everything and everything ... Russian political analyst Alexander KNYAZEV seriously stated that NATO could be included in Aktau’s scenario of aggression against Iran. Other policies hold a similar point of view.
Meanwhile, the director of the Institute of World Politics and Economics, Sultan Akimbekov, in an interview with our newspaper, urges his colleagues not to make apocalyptic conclusions.

- How does the president's statement agree with the agreement of the Caspian states that there should not be any foreign presence in this region?

- It’s all about the transit of goods. Aktau is exactly the same transit base as, for example, the Russian Ulyanovsk. And there is no reason to believe that the status of this port will change if NATO cargoes are transported through Aktau. The President clearly said about the expansion of his transit potential, that is, this process is not political, but purely technological.

I would draw attention to another statement by the head of our state at the Eurasian Media Forum - the day before the Istanbul Conference. Its essence is that Kazakhstan should maintain its multi-vector policy, adhering to constructive multipolarity.

And some Russian experts constantly see apocalyptic scenarios for the development of the situation around Afghanistan ... Astana’s position and interests of Russia are well understood, Moscow’s concern is shared, but talking about the NATO military presence in Aktau is fundamentally wrong, these are unfounded assumptions. If only because Nursultan Nazarbayev did not say a word about it.

Yes, security in the region is paramount. However, “closing”, isolating Afghanistan from the world community, as it was in the 2001 year, is also wrong. The main idea of ​​the Istanbul process is precisely to launch the peace process in Afghanistan, to stabilize the situation there through economic ties, and the development of transport corridors is one of the keys to the successful implementation of this idea.

Of course, geopolitical contradictions have long existed in the Central Asian region because of the problem of Afghanistan, but for Kazakhstan it is crucial not to take sides in the conflict.

- And yet, if it is theoretically assumed that there will be a NATO base in Aktau ...

- This is pure fantasy! For example, a military base in the Kyrgyz Manas was created when the troops of the international coalition entered the region during the war against the Taliban. Now, NATO is leaving Afghanistan. And if it leaves, then what is the point of keeping a foreign base in Aktau? This is simply illogical - from the point of view that Kazakhstan has good working relations with Iran and Russia, and the appearance of a base in Aktau will be simply unprofitable for us. Kazakhstan will not conflict with its Caspian neighbors.

- And nevertheless: how the possible appearance of structures of NATO in Aktau, albeit only for a while, can change the situation in the Caspian?

- The main problem of the region is the difference in the views of stakeholders on its development. The problem of the problems is still the unresolved legal status of the Caspian, disagreements over the Trans-Caspian gas pipeline. The West is in favor of building it, Russia is against it, and Kazakhstan’s position is extremely detached. Astana has signed an agreement with Moscow on the division of the Caspian Sea and now does not interfere in the situation with the gas pipeline.

Another thing is the military-political aspect. The situation around Iran is seriously heating up, the countries of the region are increasing their naval power: Russia has two missile-carrying warships, Iran launched a new ship, Turkmenistan bought two boats from Russia of a similar class from Russia. In fact, we are witnessing the most genuine arms race in the Caspian. And this is quite understandable: the Caspian states have their own economic interests, and on the other hand, this region is the traditional sphere of interests of the major players.

In general, everything in the Caspian is very difficult. But I do not think that in the near future the situation will radically change. After all, a military conflict in this region is not beneficial to anyone.

Ctrl Enter
Noticed oshЫbku Highlight text and press. Ctrl + Enter
We are
Nursultan Nazarbayev: to win independence - does not mean to preserve it
Military Reviewin Yandex News
Military Reviewin Google News
44 comments
Information
Dear reader, to leave comments on the publication, you must to register.