Comrades, do not worry, NATO is here!

4 May 2013
76
I understand that many people will not like this article. BUT! I didn’t like the reaction of the Russian journalists to the recent statement by the President of Kazakhstan Nursultan Nazarbayev:

Immediately there were speculations on the themes: “Kazakhstan will establish a NATO base”, “Kazakhstan is moving away from Russia”. 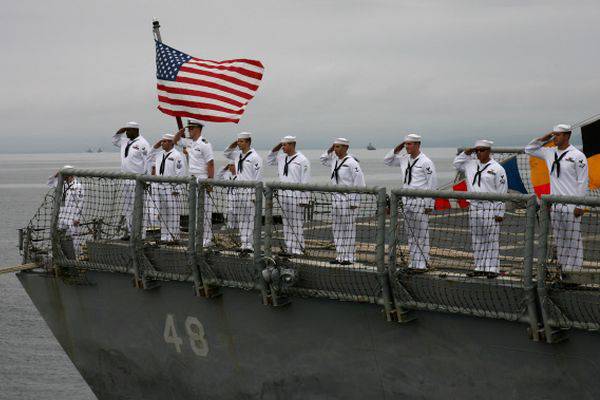 But, let the gentlemen readers, why panic? Why these cries about the fact that we provide our territory and infrastructure for a potential enemy? Why all this panic and indignation, when it has long been known, that is a fact.

With that fact, and for Russia itself.

Start with the last Newsthat passed somehow imperceptibly literally one week ago:

And this is not the first time Russia has literally asked itself to act as a transshipment point for NATO. Let's nostalgic and recall the news a year ago:

“The Russian government has officially allowed NATO to use air transit through Ulyanovsk to secure the forces of the western coalition in Afghanistan: Prime Minister Dmitry Medvedev made the appropriate changes to the government resolution.

The Russian government officially authorized the use of not only ground, but also air transit through Ulyanovsk of armament and military equipment for the Western coalition in Afghanistan. In a previously issued government decree “On the procedure for land transit through the territory of Russia of armament, military equipment and military equipment to the International Forces promoting security in the Islamic Republic of Afghanistan and in the opposite direction ”are being adjusted. In it, the previously authorized "land transit" is replaced by "land and combined transit", which includes the use of rail, road and air transport.

However, numerous protests against the "NATO base" in Ulyanovsk forced the authorities to declare that the transit point and the military base are not the same thing. "


Well, and our president Nazarbayev declares that in the seaport of Aktau there will be only a transit point for NATO troops.

What else amused me at one time was the fact that despite all the cries of conscious citizens about preventing the “NATO boot” near Ulyanovsk, it was not our politicians, but the Americans, who rejected the idea of ​​this transit point:

“The overly expensive transportation of goods by NATO countries in Afghanistan through a transit point in Ulyanovsk in an interview with the Kommersant newspaper was announced this week by NATO Deputy Secretary General Alexander Vershbow during a visit to Moscow.

In the beginning of February, Russia's permanent representative to NATO, Alexander Grushko, spoke about the transportation of the first cargo. According to him, the test flight with cargo from Afghanistan took place in December last year. There was no more transit of NATO cargo through Ulyanovsk. Answering the question when the transshipment point will work at full capacity, Vershbow said that the technical part is fully coordinated and licensed, but the problem lies in the commercial side. According to the representative of the alliance, NATO countries are currently exploring financially more profitable alternative transport networks. As an example of an inexpensive option, he mentioned transit routes through Pakistan, which were closed some time ago, but recently reopened ... ”.

A logical conclusion suggests itself: is the Russian leadership so strongly opposed to providing its territory for NATO needs?

Judging by the following excerpt - no:

“The subsidiary of Russian Railways TransContainer for 2012 year earned on the transit of goods of NATO, half a billion rubles. About this newspaper "RBC daily" with reference to the company reporting under IFRS.

Russia and NATO signed an agreement on the transit of goods to Afghanistan in 2009. Prior to this, the unit delivered the necessary goods through Pakistan, but the latter refused to cooperate. The Pakistani authorities resumed supplies to NATO through their territory only in July 2012 of the year. ”

As you can see, the contract for the transportation of NATO goods through Russia has long been ratified and regularly executed by both parties.

The example of Ulyanovsk once again showed that the leadership of the country would only be glad to strengthen its cooperation with the North Atlantic Alliance.

That is a logical conclusion: the worse Kazakhstan is. There is nothing personal - just business. In my understanding, the cries about the fact that we in the territory of the former USSR should not have a single NATO member deprived of the foundation, at least by the fact that we live in conditions of wild capitalism, in which economic interests are often more important than political interests.

In addition, both Kazakhstan and Russia are trying to increase their role as world transport carriers. Kazakhstan participates in the construction of a road from Western Europe to Western China. Russia is building roads in the Far East to the ports that will carry goods to Japan.

Both our and your country are doing everything to increase foreign traffic through their territory. Well, if it so happened geographically that we lie closer to Western Europe than the same Pakistan, on the path of supplying NATO troops in Afghanistan. Well, if it is known that in a year the freebie with the transportation of goods by NATO to Afghanistan will run out to a large extent, and now there is a demand, then why shouldn’t Kazakhstan use the right moment for that?

Say: they sacrificed independence, betrayed Russia. As you can see from the examples above, we are all in the same boat.

We all develop our transport structure, we all (state treasury) have our profit from this. So, it is better to look at the prospect - where will all this technique go next? Well, for now:

“Today, 22 of April, the Parliamentary Committee on International Affairs of Kyrgyzstan approved a draft law on ratification of an agreement between the Government of Kyrgyzstan and the North Atlantic Treaty Organization on transit through the territory of the Kyrgyz Republic by land (rail and road) cargo of the International Security Assistance Force.

According to Transport and Communications Minister Kalykbek Sultanov, the document was signed on 22 on May 2012 of the year in Chicago (USA).

The official explained that, with the signed Agreement, NATO plans to transport ISAF goods by land transport along the transit route Afghanistan-Tajikistan-Kyrgyzstan-Kazakhstan.

Similar agreements have already been signed with Russian Federation, Kazakhstan and the Republic of Tajikistan. "

Ctrl Enter
Noticed a mistake Highlight text and press. Ctrl + Enter
We are
What you didn't want to know about England
76 comments
Information
Dear reader, to leave comments on the publication, you must to register.