Anatoly Wasserman: Russia's policy towards Ukraine should be much tougher 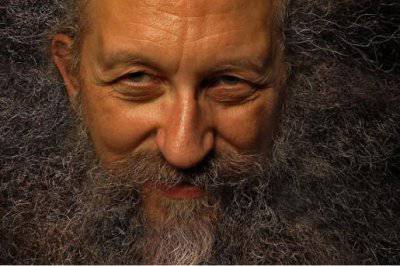 Anatoly Wasserman commented on political events in Ukraine and Russia, as well as relations between the two countries.


Yanukovych does not want the reputation of a tyrant

At one time, you supported the Party of Regions and Viktor Yanukovych. Has your attitude to the regionals and the president (and in what direction) changed over the past three years?

Over the past three years, my opinion about the Party of Regions in general and the president in particular has deteriorated sharply. I was convinced that a significant part of the members of this party - including almost all of its leadership - thinks not about the development of Ukraine (most likely - just because its development is impossible without reunification with the rest of Russia), but rather about the beneficial resale of Ukraine to those will be able to promise (although not necessarily pay) more.

The current government promised Ukrainians to improve the standard of living. Why, despite the reforms, it did not happen?

In the midst of a global economic crisis — especially one as powerful as the current Second Great Depression — it is quite difficult to improve the situation in one republic. Even the USSR, during the First Great Depression, was forced to sharply limit its consumption for several years in order to buy equipment abroad cheaply and create a new industry. True, it paid off. But the international community forbids the present authorities of the fragments of the former Union to even think about the development of their own production. Those who do not obey this ban - Alexander Lukashenko, Nursultan Nazarbayev, Vladimir Putin - have been proclaimed tyrants. Viktor Yanukovych does not want the reputation of a tyrant. Therefore, tolerates the natural course of events. And during a crisis, the natural course of events is from bad to worse.

What should Viktor Yanukovych do before 2015 to stay for a second term, and how big are his chances today?

The easiest and most reliable would be to include Ukraine in the Customs Union. Then the increase in production will be so great that there is a way to silence politicians and anthropologists who want to sell Ukraine to the European Union. But the oligarchs who support Viktor Yanukovych fear that the Russian Federation will buy their possessions for cheap. And while they do not believe that without the Russian Federation, their ownership will soon lose in value. Therefore, Viktor Yanukovych will not be allowed to make the only saving move. And in the current course of events, he may become as hated by 2015 as Viktor Yushchenko.

Ukraine needs the EU only as a regular feeder

What do you think, how far will Ukraine’s integration into the EU go? Will Ukrainians cancel Schengen visas, for example? And in general, is it possible to talk about real accession to the EU?

The leaders of the EU and key EU countries have warned more than once: under no circumstances will Ukraine be made a member of the EU at least in the next half century. Obviously, the visa-free regime of the citizens of Ukraine will not give: why do this, if EU citizens already go to Ukraine without a visa! Ukrainian migrant workers will have to continue to correct their own visas in order to return the EU a little more money earned there. So integration will be reduced to a free trade zone, that is, Ukraine’s obligations to buy EU products and for this purpose close its production of similar products, and to fit all of Ukraine’s standards (including even railway gauge) under the EU. Ukraine needs the European Union only as a regular feeder.

Today, Ukraine continues to bargain hard with the IMF about the next loan. Without him we can not live?

With the current structure of the economy - do not live. Ukraine is tightly tied to foreign markets, depends on the import of many critical goods. Once upon a time, the entire Soviet Union fell into such a trap. In 1970-ies, the total volume of imports was a small and seemingly safe share of its own production. But they imported key elements of many production chains. When oil prices dropped sharply at the beginning of 1980's, imports had to be reduced - and these chains broke one after another, gradually stopping the entire economy.

Now in Ukraine things are even worse. Many process chains are completely destroyed in the 1990s. Many - since the Soviet times, pass through Belarus and the Russian Federation, and until Ukraine enters the Customs Union, the closure of these chains requires the use of international currencies - the dollar and the euro. And the demand for Ukrainian products fell sharply due to the global crisis, so now Ukraine earns far less international currencies than in the first half of 2000, when the world market was on the rise.

If this loss is not reimbursed by loans, a significant part of the production may be paralyzed, and many products, whose domestic producers are ruined by outside pressure, will completely disappear from the shelves. True, in the present conditions these loans cannot be repaid: a significant part of the new IMF loans is spent just on repaying old ones. But for now there is still hope for an increase in earning opportunities at the end of the crisis. And for this it is necessary to maintain its own production, not allowing it to close and collapse due to the crisis. And for support, again, money is needed - that is, additional loans.

How harshly does the Kremlin see Ukraine’s desire to move closer to the EU?

In 2008, the famous Gallup company found out that, according to the native language of 5 / 6, the citizens of Ukraine are Russians. Any rapprochement between Ukraine and the rest of Russia will end in a complete merger. And the power of Ukraine will lose its sovereignty, become only the power of one of the regions of Russia. It is useful to the people, but diminishes power. So she pulls Ukraine anywhere, just to get away from Russia. In the Kremlin, it seems, they know (at least from my publications on this topic: I know for sure that several people in the presidential administration at various times read these publications). Therefore, they look at Ukraine as a cut off piece: if they want, they will return, if they don’t, they’re worse.

One gets the impression that Moscow today is not pursuing an aggressive enough policy towards Kiev ...
Yes, Moscow’s policy could become infinitely tougher. But Moscow understands that ordinary citizens of Ukraine will suffer from this, and it will be easier for the rulers of Ukraine to convince them of the substantial differences between Ukrainians and the rest of the Russians.

You live both in Ukraine and in Russia. If we talk about people, how strong is Russophobia in Ukraine today, and how much is Ukrainophobia in Russia? Is there mutual hatred between nations?

I have a rather specific social circle: most of them are participants in intellectual games and a few politicians. Perhaps this is why I come across Russophobia in Ukraine only in SMRAD (this abbreviation - Mass Advertising, Agitation, Disinformation - was introduced by the Russian philosopher and political researcher Andrei Ilyich Fursov). And Ukrainophobia even did not come to me in SMRAD. In Russia, they do not like Galitsai, the bearers of the ideology formed in Galicia by the almost centuries-old efforts of the Austrians and Poles, which boils down to the fact that a Ukrainian should hate everything Russian (including in himself). But Ukrainians who are not infected with Galicianism are considered native in Russia (or, in the worst case, like the British of the Americans, cousins).

How, in your opinion, will relations between Ukraine and Russia develop in the near future?

The Russian Federation seems to have decided to leave Ukraine to its own destiny in the hope that the Ukrainian authorities will sooner or later bring it to such a devastation that only the Russian Federation can restore. Ukraine, of course, will demand gifts and concessions from it, then referring to historical kinship, then blackmailing rapprochement with the EU. But Russia, most likely, will not pay attention to these requirements.

How scary is the Kremlin’s gas baton for Ukraine today, or is it just a myth?

Key export sectors of Ukraine consume so much gas that at its current price it is simply unprofitable. The Russian Federation understands this and provides Ukraine with some concessions, but in return requires retaliatory steps. For example, the Kharkov agreement of 2010 stipulated a discount on the price ($ 100 per thousand cubic meters) by extension until the year 2042 of the Black Sea fleet Russian Federation in Sevastopol. This is beneficial for Ukraine itself, since it excludes the entry into force of that clause of the Kuchuk-Kainardzhi agreement, according to which, in the event of Russia's refusal from the Crimea, it automatically passes to Turkey. Mutual concessions can hardly be considered someone’s club.
Source: "frAza"

Ctrl Enter
Noticed a mistake Highlight text and press. Ctrl + Enter
We are
About Stalin and KhrushchevWhat you didn't want to know about England
267 comments
Information
Dear reader, to leave comments on the publication, you must to register.