"A terrible spittle in their direction" 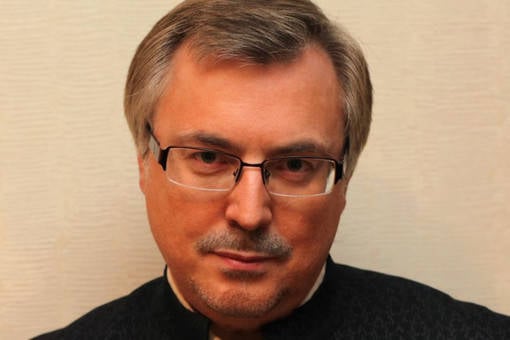 China’s Chairman Xi Jinping, as the VIEW VIEW reported on Wednesday, ordered senior officers of the armed forces to undergo a two-week “internship” in military units.


“And the most important thing is an attempt to show that their place is within the framework of the general structure of party discipline.”

The directive requires commanders during the internship "to live, eat and serve" alongside ordinary soldiers and junior officers. The order concerns officers with the rank of senior lieutenant colonel. According to experts, the goal of this initiative is to strengthen the morale and closer ties between the command and rank and file structure of the People’s Liberation Army of China.
Xi's idea is not original - in 1958, a similar order was issued by his predecessor Mao Zedong. He said that senior officials each year must serve as privates for a month.

According to experts, C, appointed to the post of Chairman of the People's Republic of China only in March, intends to firmly take over the management of both the civilian state apparatus and the military. Evidence of this is the new directive.

And the Chinese Ministry of Defense issued an order to the commanding staff not to accept presents from now on, to refuse invitations to banquets and not to interfere in civil matters in the regions where their parts are located. Analysts consider such measures as part of a campaign to combat corruption and increase the moral level of leading cadres.

Alexey Maslov, head of the department of oriental studies at the National Research University Higher School of Economics, spoke in an interview with the VIEW newspaper on whether C could achieve loyalty of the generals by such unusual methods.

VIEW: Alexey Alexandrovich, Xi Jinping ordered the generals and senior officers to serve as ordinary soldiers for two weeks. Is this an attempt of the new leader to strengthen the authority in the army?

Alexey Maslov: Everything is much more complicated here. The fact is that one of the main tasks of C is the total fight against corruption and corruption in society. Society, like the army, has grown rich. And morale dropped. A large group of Chinese top commanders, in fact, turned into quite wealthy people. They have good salaries, there are collateral earnings.

And the main task, which was set at the XVIII Congress of the Chinese Communist Party, is to strengthen the army and combat power. Technically, the army is strengthened, a lot of money is invested there. At the same time, morale is not as high as we would like. This is what all is aimed at.

VIEW: How strong is discipline?

A. M.: Discipline at the level of the rank and file is very serious. Perhaps this is the most serious discipline that can be found. But at the same time over the past few years there have been a number of trials over the top and middle level, accused of decomposition, waste of military property. That is, the army began to suffer a number of problems that the Russian army suffers as well.

VIEW: How high is C's authority in the army?

A. M .: It’s not completely understood. While he was in the post of deputy chairman of the PRC, his authority was quite high. And he was based primarily on the fact that his father - a well-known party leader. And such people are always highly valued in the army. But given the rather tough measures that C has now taken in the army, perhaps his authority will be subject to certain doubts. Now it is important for him to show the whole people, and not the army, that he saves people's money.

VIEW: Historians remind that more than 50 years ago Mao Zedong also temporarily lowered the status of many generals and marshals. Was it such a military reform?

A. M: Mao, strictly speaking, did not carry out any reform. Mao Zedong was a native of the field commanders who, in 49, carried out a coup in China and occupied party posts. In the summer of 58, a number of military men spoke out against Mao, including against the Minister of Defense of the PRC. They blamed Mao for a whole series of excesses and an attempt to single-handedly rule the country. As a result, a number of people were fired from their posts and downgraded, but no one left. Mao Zedong reassigned himself an army. Now this can not be, because there is no acute confrontation between the military and the party administration there.

And most importantly - if before there was a dispute about the path of development of China, now there is no dispute. The path is clear. The only question is to strengthen military discipline and control over financial flows.

LOOK: How accustomed to the banquets, to the sweet life of the warlords cope with the drill, marches, and cleaning the barracks?

A. MM: I believe that all these measures are a terrible spittle in their direction. And the most important thing is an attempt to show that their place is within the framework of general party discipline. Under Hu Jintao, we could talk about the partial loss of control by the party leadership over military and regional party structures. Because of this, in fact, Bo Xilai attempted to carry out a party coup. Now Beijing is regaining control of the country, Xi is showing who is in charge in China.

VIEW: What determines the promotion in the Chinese army? Was the career of the current generals difficult?

A. MM: In the Chinese army, traditionally family ties were very strong. And there are even clan groups. A number of immigrants from Anhui Province in northwestern China and Chuan Province occupy several central posts in the army. But, nevertheless, both Hu Jintao and Xi Jinping struggle with this clan system.

In China, all ranks in any case are given no earlier than seniority. There is such a thing - junior major and middle major. There must be at least three years between these titles. To become a senior major, it will take another three years. You can be held for one position for five years or longer. In this regard, family ties play a big role. And since the Chinese army has not fought with anyone lately, there is no need to talk about difficulties.

Do not forget that in China, a huge militia, which is also funded by the Ministry of Defense. School workers - the militia also receive salaries. There is also a length of service. There, many specially serve in the militia or these schools to advance in service.

WGCGD: What are the chances of C as a result of reducing corruption and increasing morale?

A. M .: More yes than not. He is actively supported by a number of regional leaders, many of whom he himself brought to power. If he does not succeed, then all the further development of China will change. On the territory of East Asia will not appear that formidable fist, which many fear. China will not be considered as a powerful military factor. Military power is something that China lacks to be a superpower.

Ctrl Enter
Noticed a mistake Highlight text and press. Ctrl + Enter
We are
About Stalin and KhrushchevMilitary reform as an integral part of the security concept of the Russian Federation: Systematic dynamic assessment
37 comments
Ad