With or without Ukraine. Two armies and two military-industrial complexes cannot agree on mutually beneficial cooperation. 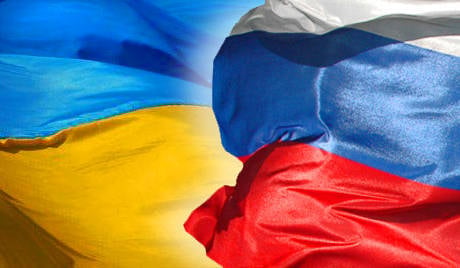 At the end of the past and the beginning of this week, the heads of the military departments of Russia and Ukraine exchanged sharp statements. Both accused the other side of not wanting to develop mutually beneficial cooperation between the armed forces of the two countries. It was about specific projects and outstanding issues for many years.


It all started ... at an arms exhibition in Rio de Janeiro. It was there, answering the questions of the editor-in-chief of Independent Military Review, the Minister of Defense of Ukraine Pavel Lebedev made an unexpected statement: “We invited Russia to conduct an audit of the agreements on the Black Sea the fleet. By landfill, by berths and social aspects. We are ready to resolve all issues. But the impression is that Russia does not need this. ”

Such a sudden change of tonality in the dialogue, which was not even supposed during the February meeting of the heads of military departments of both countries, has now led to detailed explanations by Russian Deputy Defense Minister Anatoly Antonov. He noted that the Russian Ministry of Defense proceeds from the strategic, partnership nature of relations with Ukrainian colleagues. It was in this vein that Moscow sought to build relations with its neighbors, including on “difficult” issues. "If the partners, in order to present their point of view, resort to public diplomacy using the media, then this may indicate a failure in our communication," stated Antonov.

The Russian Deputy Minister drew attention to the fact that during the deployment of the Russian Black Sea Fleet in the Crimea, certain changes took place in its locations and in the use of specific objects of its vital activity. It was necessary to recall the proposal of Russia, made more than two years ago, to take an inventory of all the objects involved, to prepare a draft agreement on the infrastructure of the Black Sea Fleet, which would regulate issues on real estate. “However, we did not receive a reply from Kiev. In this regard, without solving the main and fundamental issue, it is extremely difficult to make decisions on private projects. It was about this that the Russian Defense Minister spoke to Pavel Lebedev during the February meeting in Sevastopol, ”said Anatoly Antonov and stressed that the work on the inventory of the facilities of the Black Sea Fleet was carried out anyway. Its next stage was held in Crimea on April 10 – 11 under the leadership of the foreign affairs agencies of the two countries.

The essence of another issue raised by Pavel Lebedev also looks upside down. According to him, the Russian side does not fulfill the agreement with Ukraine on the development and mass production of the An-70 military transport aircraft. The Deputy Minister of Defense of the Russian Federation, Anatoly Antonov, commented on the accusation as follows: “They are surprised by the statement of the Minister of Defense of Ukraine ... I recall that the Russian Ministry of Defense has completely fulfilled its financial obligations. At the same time, there are delays in financing from Ukraine. The project is funded by Kiev only 45%. "

According to our information, at present the Ukrainian state-owned enterprise Antonov is conducting only preliminary flight tests of the aircraft. In Russia they say that, according to their results, they will be ready to begin conducting state joint flight tests.
Meanwhile, the Ukrainian media are replicating the recent statement by the director of the Center for Army Studies, Conversion and Disarmament, Valentin Badrak, that Deputy Prime Minister Dmitry Rogozin lobbied the contract with the Russian Defense Ministry to supply X-NUMX Il-39 aircraft that would be used instead of the planned An-476. But An-70 is only being developed. He is not running the series. It requires significant funds for its fine-tuning. According to a number of experts, the entire leadership of the United Aircraft Building Company (UAC) has careful attention to An-70. However, the design of the aircraft in Moscow and Kiev, there are objective difficulties. Firstly, these are the problems of securing intellectual property on this aircraft. Secondly - payment for its further certification and development. It has been solved for several years, but the question of the electronic drawings of the aircraft has not yet been resolved. Thirdly, the Russian aviation industry fears that the An-70 project financed by Russia will “quietly float to China”. This has already happened with other developments of the Ukrainian Antonov Design Bureau, where Russia also participated. And therefore, in order to further develop the aircraft, we probably need new agreements on it. Whereas IL-70 is actually ready for serial production. A special program for its assembly has been developed, which allows the aircraft to be manufactured on-line in the 476 year. The question has already been resolved that the order of the X-NUMX Il-2014 aircraft will be released. Most of them will be produced really for the needs of the main customer - the Ministry of Defense of the Russian Federation.

And yet this does not mean that military-technical cooperation between Russia and Ukraine is not developing. According to Anatoly Antonov, in the near future the parties will sign an intergovernmental agreement on the implementation of the MTC program.

“The program includes 255 areas of cooperation, and more than 100 Russian and more 60 Ukrainian enterprises are planned to participate in its implementation,” said Antonov. In addition, he noted, a significant number of Russian and Ukrainian enterprises annually participate in mutual deliveries of products under the agreement on production and scientific and technical cooperation and other agreements on specific areas of cooperation. Russia is trying to patiently unilaterally push forward the solution to a common problem, or simply solves the issue only for itself, without partners.