Anatoly Wasserman: "You do not need to be a scientist to say that the educational system has already collapsed" 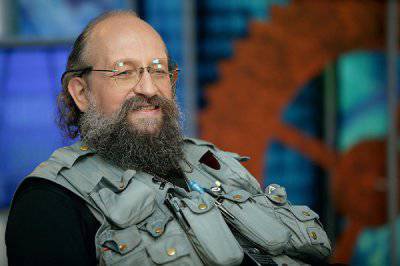 According to the media, Dmitry Medvedev refused to dismiss Minister of Education and Science Dmitry Livanov. Speaking in the State Duma, the prime minister called the position Livanov occupies “firing squad,” but said that a minister who likes everyone is a person who most likely does not quite cope with his duties.


In this regard, we appealed to Anatoly Wasserman with a request to comment on the actions of Livanov and assess the state of the education system of our country as a whole.

We must first learn not facts, but laws and interrelations

Everyone considers himself a specialist in training football teams, education and treatment. This is true, but not all. The next part of the same truth is the motto of one American anti-war group during the Vietnam War. The motto was: "You don't have to be a meteorologist to say that it is already raining." Similarly: one does not have to be a scientist to say that the education system is already ruined. This is visible to the naked eye. Of course, the position of the Minister of Education, as well as the Minister of Health, has always been “shot”. Naturally, they “fired” not with lead bullets, but with lead typographical letters. It is very difficult, but it is clear which way the situation in this industry is changing, and it is clear that it is changing from bad to worse.

Secondary and higher education is now being converted around the world from law-centered education to fact-centered education. Several centuries ago, the main task of the school was to memorize as a student a set of concrete facts without an understanding of the meaning of these facts and the system of interconnections in nature, which determines the appearance of these facts. But by the middle of the 19th century, there was a clear understanding that it was necessary to study, first of all, not facts, but laws and interrelations.

As early as the middle of the 18th century, Helvetius said: "The knowledge of certain principles successfully replaces the knowledge of certain facts." And a century after Helvetius and the other French encyclopedists, the entire education system lined up to teach these certain principles. Now the education system is being replaced in such a way that it taught isolated facts.

In Western Europe, our university teachers are in great demand now.

The education system retreated to the Middle Ages. This fact is obvious for a long time. The deadlock of such a path has been known since the late Middle Ages, and now we are forced to move along this path. Moreover, in countries that still consider themselves developed, it is already clear what this educational policy has led to. They are already experiencing a catastrophic shortage of personnel capable of doing at least something useful.

Now Zuckerberg has created his own political party, designed to push through ways to reduce the shortage of qualified personnel. He did this because the Americans are already short of cadres. True, he says that foreigners who have graduated from an American high school could stay at work in America. In essence, this means that the American high school does not provide enough students for high school. There, the transformation began with a high school, and in Western Europe - with a higher one. So, in Western Europe, our university teachers are in great demand now, because the high school there hasn’t trained university teachers of the required level for a long time. The failure of these reforms is completely obvious.

If the Minister of Education, the Minister of Health or the Prime Minister does not understand that the proposed path of reform is not even a dead end road, but a cliff, it is not professionally suitable. As for the growth in the number of universities and the number of students in them now, this growth may be due to the fact that the complexity of life and business has increased. Or maybe it is because higher education is used, in essence, as a continuing secondary. As far as I can tell, the second option is closer to the truth.

Ctrl Enter
Noticed a mistake Highlight text and press. Ctrl + Enter
We are
About Stalin and KhrushchevWhat you didn't want to know about England
41 comment
Ad