Sergey Lavrov: Russia is not engaged in the change of governments and regimes of other countries 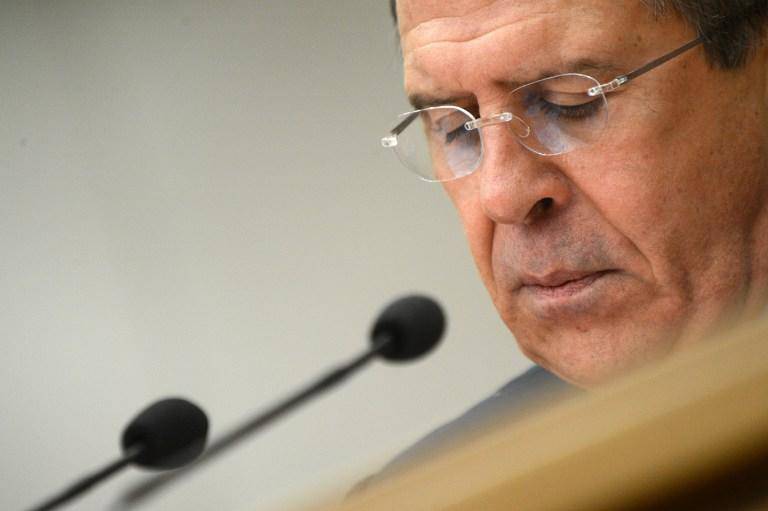 Russian Foreign Minister Sergei Lavrov, commenting on the conflict in Syria, said that "there is a proposal to start an internal dialogue in the country after a regime change." “However, this condition is absolutely unacceptable,” he added, “Russia is not engaged in changing governments and regimes of other states.” He made this statement at a press conference in Istanbul.


He also called on Syrian rebel groups to cease hostilities and begin a political dialogue with the country's government.

“Bets on resolving by military means will lead to even greater problems,” stated Lavrov.

Moreover, the head of the Foreign Ministry of Russia called on the so-called “group of friends of Syria” to strive to encourage both sides to dialogue.

“With regard to the upcoming meeting in Istanbul of the“ group of friends ”, I expect that reason, pragmatism will prevail, the basic interests of the Syrian people will prevail. Some participants, key participants in this format of the “group of friends of Syria” assured me that they would look for ways to try and start a dialogue. I very much hope, firstly, that this will be done, and secondly, that it will be crowned with success, ”said Lavrov.

The meeting of the so-called "friends of Syria" will be held in Istanbul on April 20. It is expected that representatives of 11 countries will take part in it: the USA, Turkey, Great Britain, France, Italy, Germany, Egypt, the United Arab Emirates, Qatar, Jordan, Saudi Arabia.

Armed confrontation in Syria between the authorities and the opposition has been going on since March 2011. Tens of thousands of people have already fallen victim to this conflict, more than 1 million Syrians have become refugees. The Syrian authorities say they oppose the organized actions of well-armed and trained local militants and mercenaries from abroad.