Stalin and NATO. Chronology of Events 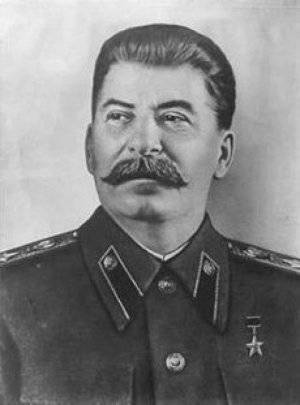 
In order not to aggravate the division of Europe, the USSR, first, did not begin to create its analogue of NATO, limiting itself to bilateral agreements on mutual assistance with its allies. And secondly - up to the year 1954, he proposed to the West, although in vain, to sign a long-term or indefinite Peace Pact guaranteeing mutual non-aggression. We note, in this regard, that the “pro-Soviet” Warsaw Pact was proclaimed only on May 14 of the year 1955.

Until recently, many military-political documents of that period remained, as they say, behind the scenes. They confirm not only the purposiveness of the USSR’s peace-loving policy at the turn of 1940-1950-s, but also the successes of the USSR’s anti-NATO strategy in Northern and Central Europe, which are still evident today. Due to which many countries of strategic importance for the security of the USSR-Russia, and a number of other European states remain outside of NATO (Finland, Sweden, Austria, Switzerland, Ireland). To be more precise, we managed to achieve first of all the fact that in Scandinavia NATO had, and still remains, a “breach”, due to Sweden’s preservation of neutrality and friendly Soviet-Finnish relations, as well as Russian-Finnish relations today.

It is this “breach” that still interferes with NATO’s activities in the west and north-west of the now-former USSR.

In January-March, 1949, an active discussion took place between the USSR and Scandinavia about its possible participation in NATO. Moreover, against the background of the most important factors: the restoration of the Soviet military base in Porkkalla-Udd (the Baltic coast in southwestern Finland), the neutralization of the Finnish Aland Islands, which are essential for the security of the USSR, Finland and Sweden. And - the Soviet-Finnish Treaty of 1948 year of friendship and mutual assistance.

The USSR made every effort so that its neighboring Scandinavia was outside this block. As a result, Sweden refused to join NATO and from the Scandinavian military-political alliance, which she advocated in 1946-1949, was “tied” to NATO. But Norway, directly bordering the USSR, was subjected to much stronger pressure from the United States and Great Britain.

In a note dated 29 in January 1949 to the Government of Norway, the USSR stated that the proposed creation of NATO envisages the creation of bases for this bloc near the Soviet borders. Therefore, Norway was asked in that document whether it intends to join NATO and whether it will mean the creation of military bases on Norwegian territory. At the same time, through diplomatic channels the USSR proposed to create a North European neutrality zone, and Sweden put forward a similar idea with 1948.

Norway responded to this Soviet Note on February 1: it was stated that the Norwegian side “will never pursue an aggressive policy and create foreign military bases until Norway becomes the object of attack from outside, or it becomes the object of the threat of such an attack ... ". And in the Note from 5 in February 1949, the USSR proposed to Norway to conclude a long-term non-aggression pact - in the framework of the aforementioned idea of ​​the Pact of Peace. Soviet diplomats in Norway, Denmark and Iceland at that time set the example of Sweden, which refused to join NATO and did not consider the USSR a threat to its security, although the Soviet military base in Porkkalla-Udd was much closer to Sweden than to Norway, Denmark and Iceland. But Norway rejected the Soviet proposal.

According to reports, Swedish diplomats in other Scandinavian countries directly or indirectly supported the proposals of the USSR, as well as the idea of ​​the Pact of Peace. And at a meeting of the then leaders of European socialist countries (except Yugoslavia) in Moscow in mid-March 1949, Stalin said that “even if there is NATO, we will not respond by creating our own bloc. Because the split of Europe will worsen, in which Churchill falsely accuses us. With NATO or its individual countries, it will be necessary to seek non-aggression treaties to all the people's democratic countries of Europe. This may take many years, but it is necessary, and responding with the same bloc means helping America and Britain to provoke an “international” war with the USSR and its allies.

Therefore, we must try to create something like the “anti-NATO” Pact of Peace in Europe with the participation of these countries, the USSR and its allies. It’s better to start with Northern Europe, where NATO has the biggest “shortage” - due to non-participation in the block of Sweden and Finland next to us ... ”(see, for example,“ Some documents of the Stalin Archives. Lenin-Stalin Museum in Tirana ”, Tirana, 1983, Russian language; “The Complete Works of I.V. Stalin in 35 Volumes”, Beijing-Tirana, 1977-1979, Russian Language, t.31).

But this line of Soviet policy in Europe was interrupted after the death of Stalin. And in 1955, the USSR early returned to Finland its military bases on the Hanko peninsula (Porkkalla-Udd) and, again, organized the Warsaw Pact.

We repeat that the USSR in the spring of 1949 did not succumb to the “temptation” to create its own similar unit. The answer was that in 1947-1949, the Soviet Union and Eastern European countries - except for Albania and Yugoslavia - signed “cross-border” treaties on friendship and mutual assistance. And in response to 16’s January 1949’s statement by the US Department of State on the upcoming creation of the North Atlantic military-political bloc of the Foreign Ministry (29 in January) and the USSR government (31 in March) made conciliatory statements, although disclosing the anti-Soviet character of this block, but calling for negotiations on mutual non-aggression, and, in a broader context, to the Covenant of Peace.

Responding to 31 in January 1949 of the questions of Kingsbury Smith, Director General of the European Division of the American Agency International News Service, Stalin said he was “ready to consider issuing a joint declaration with the US government confirming that neither government has the intention to resort to war against each other.

I will meet with US President G. Truman to conclude such a pact ”(Pravda, January 31, 1949) .. Joseph Stalin noted that he was ready to offer Moscow, Leningrad, Kaliningrad, Odessa, Yalta in the USSR, and also Poland or Czechoslovakia - at the discretion of the US President ”(Pravda, 2, 3 February 1949 of the year).

Truman did not respond defiantly to this appeal, but soon NATO was announced. But also 14 of October 1952, at the last XIX Congress of the CPSU for Stalin, and 17 of February 1953, during Stalin’s talk with the Ambassador of India to the USSR Kr. Menon, the head of the USSR, again spoke out for the Peace Pact with the United States and NATO.

But, as you know, as early as 18 on August 1948, the US National Security Council, headed by G. Truman, approved the US National Security Directive 20 / 1 “US Goals for Russia”, which, in particular, noted: “Our main goals for Russia, in essence, they all boil down to two: a) minimize the power and influence of Moscow; b) to carry out fundamental changes in the theory and practice of foreign policy, which the government adheres to, which is now in power in Russia ... It is primarily about making and keeping the Soviet Union politically, militarily and psychologically weak compared to external forces, being outside his control ... Perhaps to solve such problems one must be ready ... to strike at oil fields in Batumi and Baku, at the Donets Basin and at the industrial area beyond the Ural Mountains ... ”.

And further: “We must accept as an unconditional prerequisite that we will not conclude a peace treaty and not renew normal diplomatic relations with any regime in Russia in which any of the current Soviet leaders or persons who share their way of thinking will dominate ...

We must create automatic guarantees that ensure that even a non-communist and nominally friendly regime for us: a) does not have great military power; b) economically strongly depended on the outside world; .

Well, these goals, in the name of which NATO was created, are practically realized.

Ctrl Enter
Noticed oshЫbku Highlight text and press. Ctrl + Enter
We are
Myths of the Great Patriotic. Did Stalin have prostration in the first days of the war?Molotov-Ribbentrop Pact - the policy of pragmatism
Military Reviewin Yandex News
Military Reviewin Google News
34 comments
Information
Dear reader, to leave comments on the publication, you must to register.