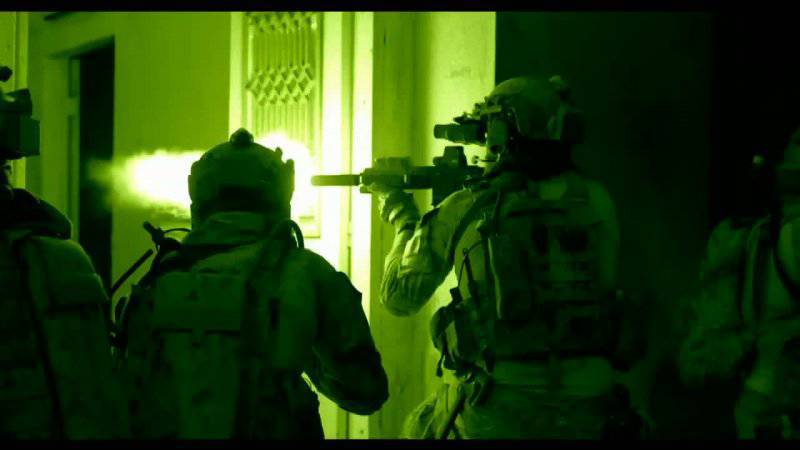 The film “Target number one” was launched on a wide screen in February. The distributors could not get past the picture, which received an Oscar at the end of 2012. James Bond, who “seven with one blow”, has been successfully fighting his cinematic career only with mythical villains. The heroes of the tape “Goal Number One” are looking for and finding the very head of Al-Qaida, Osama bin Laden, and liquidating him.


The “target” was enthusiastically accepted by the audience - but not all. CIA acting director Michael Morell said: the film has inaccuracies and errors, in particular, shows the torture that intelligence officers used to obtain information about the location of "terrorist number one." The film's director, Catherine Bigelow, timidly and unintelligibly expressed herself in the sense that “the image is not approval,” and the torture scene was “set in the right tone and emotional balance,” but Langley did not accept her excuses.

Langley employees are not endowed with the functions of censors, so there is no talk of an attempt on the creative freedom of writers and directors. The key concept is “cooperation”. When making films about valiant American scouts, his producers are forced to go to him and seek advice. You - me, I - you. None of this rule has not been canceled to this day, so the consultants of the CIA delicately - or roughly - correct the script. “Polishing,” as the Los Angeles Times put it, screen image of a scout.

“The CIA has subtly influenced the content of feature films for the past 15 years,” writes Tricia Jenkins in her book, The CIA in Hollywood.
In 2003, the directors of the film “Recruit” worked closely with Langley, whose main character enters the service of the “company” (as the States call the CIA) and passes through the most sophisticated checks. Professional consultants didn’t like the scene of the beating of the recruit, so when the film was later replicated on video disks, a preface of a CIA employee who explained to the audience was added: artistic fiction was about beating. But Al Pacino, who plays a recruit mentor, was offered — and he did — to voice the “indulgence” that had long been written out to himself at Langley, its meaning: of course, everyone knows about the failures of the CIA ... report with meaningful sadness in his voice.

So the most accurate picture, close to the heroic weekdays of the CIA, in the process of shooting will provide consultants, detached from Langley for preventive work with scriptwriters. Paul Kelbach, an employee of very high rank, was sent to the set of "Recruit".

And then came the scandal. According to one journalist, the scout assured him: the task of the CIA is “not to let Hollywood get very close to the truth”.
Well, take that one and publish this creative credo ...

Gary DeVore in 1997 was working on a screenplay for a film about the American invasion of Panama and the overthrow of the regime of General Manuel Noriega eight years earlier. As the scriptwriter's widow later tells, the deceased husband was very alarmed by the facts that became known to him during the work on the script: Panama was a “washing machine” for dirty money, some of which belonged to the US government. What Gary DeVore told CIA veteran Chase Brandon, who worked as a “liaison” with Hollywood, and at the same time a relative of the popular actor Tommy Lee Jones.

Soon after, the screenwriter went to Santa Fe, New Mexico, and, having finished, went by car to California. Nobody saw him more alive, only a year later they found the unfortunate near the city of Palmdale, in the cab of his Ford Explorer car, in water, at a depth of about four meters. The investigator said: the causes and circumstances of the death of Gary DeVora could not be established, but the police explained to the public that the screenwriter went to sleep behind the wheel, the car flew off the road and fell into the river. The only drawback of this version was the absence of a laptop computer, in whose memory the unfinished script of the film was stored. All further reports of death were controversial and confusing. Allegedly, a CIA officer said at the house of the widow Gary DeVora and requested the stationary computer of the deceased. In any case, a private investigator found that even the drafts of the script were erased from it ...

In the "company" work people who know a lot about culture in general and in film in particular. Directories call Luigi Lurashi a producer, but he reached these peaks by the end of his career.

In the early fifties, he was the censor of the Paramount film studio - assurances about the right to freedom of speech, creativity and other democratic freedoms did not exclude such a position in the United States.
Censor also worked for the CIA, making its own constructive comments on the scripts passing through it and urging the directors to accept them. The methods of persuasion remained behind the scenes, but it is known for certain that Luigi Lurashi persuaded the ribbons to be shown abroad to insert well-dressed blacks. To Soviet propaganda less reported complex race relations in the United States. Probably, Lurashi can be considered the author of a Hollywood cliche that is still walking: one policeman is white, the other is necessarily “African American”. the world is from a monstrous criminal or inadequate alien. At the same time, American ill-wishers mockingly noticed that the Soviet picture of the attitude towards the Negroes in the USA is still much closer to the truth.

So intelligence must keep its secrets - and show its successes on a wide screen. As already mentioned, the CIA director Michael Morrell was among the audience of the “Goals”, who expressed their wrathful protest against the torture shown in the film: this did not happen, because there could never be. The previous chapter of the “company” and the recent US Secretary of Defense Leon Panetta admitted that they tortured — although, he added, torture was not the main means of obtaining information. All information could be obtained without them, the Pentagon chief assured then. According to his logic, it turns out that the prisoners were mocked in the order of entertainment, but this is already from the category of conjectures about the sadistic inclinations of respectable and humane CIA employees.

The regularly demonstrated “the best with the good” struggle, due to show freedom of expression, makes an indelible impression on the public. While the outcome is known: the Oscar recipient for 2012 was chosen, as many American journalists noted sarcastically, a jury of the US State Department and the Central Intelligence Agency entrusted the statuette to the president’s spouse Michelle Obama. Everything was very solemn and, most importantly, fair ...

Russian film distributors track everything that happens in Hollywood: you need to evaluate a new American film that is ready for release and calculate what the box office in our country can be. What to show does not seem to matter.

Our "People", who today believes that there is a charitable organization of universal scale in Langley, will feed everyone.
This was in Soviet times almost every year, readers were offered at least one book on the activities of the Central Intelligence Agency of the United States. Their authors have always found many new facts of the work of American intelligence in almost all countries of the world.

But already in the times of “perestroika and glasnost”, the work of the CIA against those whom Washington considered its adversary, became unfashionable. Today in the "trend" - what a wonderful word ... - a demonstration of superbly made films on the theme of the exploits of American intelligence. Langley has long understood that the most important of the arts is cinema. "Psychological operations", conducted by the Central Intelligence Agency, concludes Hugh Wilford, "brought the greatest effect if they succeeded in winning the support of local elites, who began to share positive assessments of American power in the world." H. Wilford - British historian - the author of the book, analyzing the "cultural" penetration of the CIA in various countries of the world, but, above all, in the Soviet Union.

Hollywood - I believe, under the wise guidance of its consultants from the CIA - took the latest trends in politics, ceasing to shoot "Chinese villains." Showing them is also somehow not out of hand, given all the subtleties of the relations between Washington and Beijing.

All sorts of "Russian attackers" who are constantly trying to steal nuclear secrets, and even a few bombs in bulk from gullible Americans, go out of fashion with the writers of Hollywood. For the simple reason that they overfed. It is already known: in the fresh remake of “Red dawn”, the original version of which was filmed in 1984, not the Soviet paratroopers land in the United States, but North Korean ones.

Beijing will not buy and will not show Hollywood crafts on the subject of evil Chinese spies or bloodthirsty PLA soldiers.

Only our producers are omnivores, who will immediately grab and show us an imported tape about “atrocities of the KGB” or “sadists of special forces” from Russia. Full halls will be gathered - and the next day, yesterday’s audience, our sovereigns of all ranks will try to explain the great importance of patriotic education. At the same time - to explain the nuances of Washington's aggressive foreign policy.

... And in recent days, a new masterpiece of Hollywood, “The Fall of Olympus”, has led our audience to mad delight. For those who have not yet seen: the White House captured by a detachment of North Korean militants, the last hope of the United States and locked up in the president’s bunker is in the hands of his former security guard.

Patriots are successfully raised in Russia. Patriots of America.