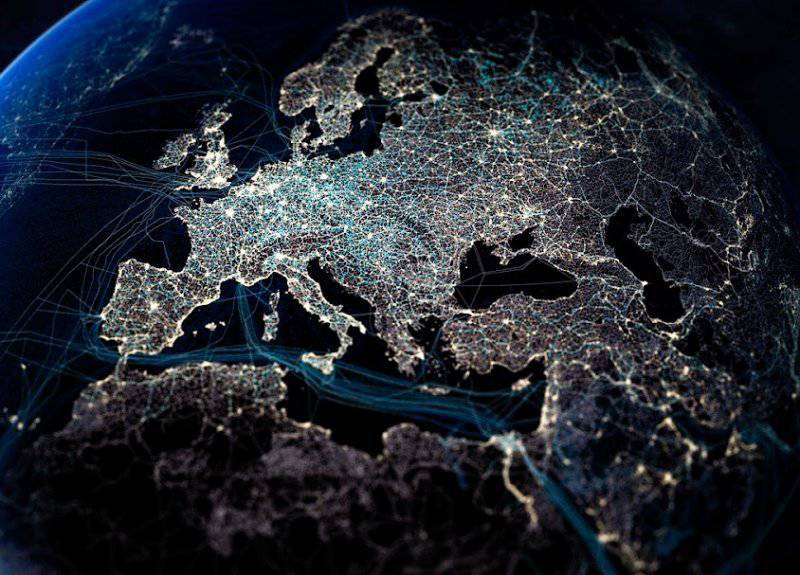 In today's fast-developing world, integration processes in all spheres of relations between states are stronger than ever, and the resulting relations have either one-sided or mutual influence on the policies of certain countries. This gives rise to a large number of disputes, debates, disagreements over the presence of sovereignty in its classical sense in a given period. In this article we tried to examine this situation from a “critical” point of view and find out, by invoking objective facts, what opinion has the right to exist.


So, first you need to clarify what “sovereignty” is.

The word "sovereignty" came, respectively, from the French language - "souverainete" (supreme power). It happened from the Latin word "supraneitas" (from the word "supra" - above) - "higher".

The concept of sovereignty was formed in accordance with the Westphalian system of international relations, formed in 1648 year. But for the first time this concept arose earlier - it was introduced by the French politician and thinker Jean Bodin in the 16th century. In his main work, “Six Books on the Republic” (“Les Six Livres de la République” - 1576), Boden forms his theory of state sovereignty like this: “free, independent from any external forces rule”. According to Boden, “sovereignty is the absolute and eternal power of the state.”

In turn, the well-known German philosopher Georg Hegel wrote that “the substance of a state, its sovereignty, acts as an absolute power over all that is individual, particular and finite, over life, property and the rights of individuals and their associations”. Thus, the philosophy of Hegel here is close to the philosophy of the primary meaning of a sovereign state (the primacy of unity and statehood - in all possible ways, including through mass repression). That is, "state sovereignty is more important than its local parts: people, relationships, morality, and so on."

The essence of sovereignty according to Hegel is also expressed in the following: “states treat each other as independent, free and independent individuals”. Thus, “independence” is the key quality of a sovereign state. ”

But these are the opinions of authoritative scientists of past eras, they naturally carry the “coloring” of the period in which they were synthesized. The modern concept has a slightly different definition, namely: State sovereignty is the inalienable legal quality of an independent state, symbolizing its political and legal independence, the highest responsibility and value as the primary subject of international law; necessary for the exclusive supremacy of state power and implying insubordination of the power of another state; arising or disappearing due to voluntary change in the status of an independent state as an integral social organism; due to the legal equality of independent states and underlying modern international law.

The sovereignty of politics is the most important factor in the manifestation of independence in all spheres of vital activity of such a complex organism as the state. In other words, this is the right to independently exercise the powers to manage the absolute majority of human, raw material, economic resources, aimed at achieving certain goals set by the political elite.

Unity and indivisibility of the territory;

Sovereignty is divided into 2 integral components:

External sovereignty allows the state to build and develop its relations with other states in an initiative and independent manner based solely on its own interests. In international relations, sovereignty is expressed in the fact that the authorities of this state are not obliged legally, one way or another, to submit to other states.

Sovereignty in domestic politics is characterized as the exclusive right to determine the direction of the activity of the whole society. Internal sovereignty means that state power, regardless of the foreign policy ambitions of other states, solves all questions of the life of the country, and these decisions are of general binding nature for the entire population.

It is no secret that in the modern fast-developing world, all members of the world community are somehow connected with each other, be it:

These three basic types, of course, very often, and sometimes and collectively, create international relations in the global political arena, which ultimately forms the “degree of dependence or independence” of a particular state on the other, but for a clearer and clearer understanding, each of of these species separately, in order to determine the "dominant".

Since ancient times, social relations between states have been very important, in the end it is known that states are the next stage of development of the tribal system, and the tribal system, based on the name, came from the union of various clans and tribes, respectively, the meaning of these connections was important, but if In the era of diplomacy was formed, due to the social relations between various subjects of international legal relations, now there is a reverse trend, it happened naturally, because the growth of state power inevitably leads to a decrease in the influence of this particular factor on the diplomatic one.

Diplomacy is an integral part of international relations, known since ancient times, allowing to contact countries with each other through diplomatic missions. It is thanks to diplomacy and the system of international law developed by it that states can organize joint activities mutually beneficial to each other, but this is in theory ... In fact, diplomacy today, however, as always, is used to conceal the true intentions, which most often benefit only one side and the one who has great economic strength and influence wins this “fight”.

The economy - its influence is difficult to overestimate, it is the basis of any state, and at the same time the policy pursued by this state. Any country and its people are striving for their own enrichment, for the improvement of working conditions, life, and indeed all aspects of state life. All manifestation of sovereignty and external and internal aimed at economic optimization, i.e. obtaining maximum profit at minimum cost.

From the above it should be noted a clear hierarchy of the types of relations between states, it is also noticeable that the dominant part is the economy. It is economic interests that condition one or another state activity, and in this connection it is impossible not to notice that the system of “dominant country” and “satellite country” is taking shape in the system of international relations, which means that the satellite in one degree or another (either fully or partially) loses its sovereignty.

As a graphic example, it is quite possible to cite the United States, a country with enormous economic and human potential, the colossus of world politics. They (the United States) in one way or another, influenced without exception the entire world community. The greatest influence was exerted and exerted by the United States in the NATO military-political bloc (North Atlantic Alliance) organization. which was a counterweight to the Warsaw Pact (Warsaw Pact Organization) headed by the USSR. The total total subordination of the countries participating in the bloc was determined by several factors that are also characteristic of modern globalization relations, namely:

Complete political dependence implies the dependence of the satellite country on the dominant country in this area, i.e. the latter had a direct impact on the formation of the political elite and even the political regime in the country. These cases include the huge number of color revolutions carried out by the special services of the USA and their allies in the countries of the Middle East and even countries formerly under the direct influence of the USSR, namely:

2006 g. - Attempt of the Vasilkov revolution in Belarus;

The above is a certain kind of change of political regime, namely the so-called. "The revolution by internal forces", i.e. internal opposition forces loyal to the country interested in it.

But there is another, tougher type of change of an objectionable political regime, it appeared quite long ago, but began to be used intensively after the collapse of the Soviet Union, for example: 1992 was a civil war in Yugoslavia, where a small Balkan country opposed the thousands of NATO coalition forces, and this was only the beginning, then there were Iraq 2003, Libya 2011 year, an operation is already underway in Syria, still by armed “opposition”, or rather radical Islamist gangs, funded openly by the US and its allies, Queue Iran, and then ....? Everything depends only on the degree of interest of specific countries.

All these wars and color revolutions were carried out for a reason, for the eternal question “Cui bono?” (Who benefits?) Gives an unequivocal answer that does not need to be voiced ...

Full or partial economic dependence arises from the first factor, and therefore meets the requirements of political interest, “completeness” or “partial” dependence is more likely just “the degree of employment” of the economic potential of the satellite country in implementing the plans of the dominant country, and since “appetite” can be different (from insignificant to complete), it is worth talking about the total economic dependence of the donor state.

So, from the foregoing, the main point should be emphasized: the thesis of the sovereignty of each individual country is more likely to be declarative than actual. However sad it may seem, this situation is usual for our world community, because if everyone were equal, there would also be no progress (with unconditional indents), and stagnation has never led to anything good. The degree of sovereignty depends primarily on the size of the economic and political potential of each particular state; the more these indicators are, the closer the “measure of sovereignty” approaches the “absolute mark”.

Ctrl Enter
Noticed oshЫbku Highlight text and press. Ctrl + Enter
We are
The world we leave, the world we enter, and the world between themLanguage and politics. Russian language space is shrinking from year to year.
Military Reviewin Yandex News
Military Reviewin Google News
14 comments
Information
Dear reader, to leave comments on the publication, you must to register.