Eurasian political science: why Uzbekistan is not integrating into the Union and is doomed to an explosion 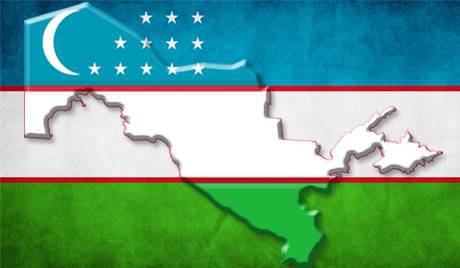 The Central Asian part of Eurasia is divided into two groups of states: those about which we know little, because we are little interested, and those about which we know little, because the local authorities are clearly not interested in unnecessary viewers and listeners. The latter, of course, are Turkmenistan and Uzbekistan. And if the territory seems to be able to maintain autarkic stability on the Ashgabat territory, then the closeness of Uzbekistan can play a cruel joke on 30 by millions of citizens after the death or resignation of Islam Karimov.


As it was possible to establish in the first part of the article, a society built in Uzbekistan is a powder keg, which sooner or later will explode. Moreover, we observed the first explosions since the inception of Independent Uzbekistan. If someone forgot, the first massacre in the USSR was in the Fergana Valley in 1989 year. And then, on the gasp of the union, the Uzbeks slaughtered the Turks. That is, the matter is not in relation to the “Russian invaders” - the Turks slaughtered their own kind.

I will not list the conflicts around the Fergana Valley - if anyone is interested, you can refresh the memory of the Andijan events-2005 and other ethnonational conflicts in Central Asia.

But each of these events is only an illustration of the explosiveness of Uzbekistan and its neighboring countries, and not the cause. The reasons lie in the very foundation of the state of “Independent Uzbekistan”.

Uzbekistan is doomed to an explosion not so much by national and military, as by the political laws of Eurasia. But they can only be understood in the logic of Eurasian integration - when you consider the post-Soviet countries not as states in the classical sense. The post-Soviet countries are various-sized state entities based on fragments of a degraded single state. And each degrading national fragment was given a territory with infrastructure, broken production circuits and mineral resources. But, in addition to the economic bonuses, the national elites, who still cannot master the remnants of the single economy, also inherited the population. Which at the very least you have to feed and feed.

Someone uses mineral resources and supports the police apparatus, someone modernizes the army; someone saved the real economy and conquered new markets along the lines of Venezuela; somewhere they are trying to build a "family state". Each national elite was looking for their own recipe. But if we talk about the essence of the twentieth anniversary of 1991-2011, then the preservation of a capable state was a central indicator of the success of a national fragment. Able to provide not only reproduction, but also development. Somewhere coped with this better, as in Belarus, somewhere very bad, as in Georgia and Tajikistan, somewhere very strange, as in Turkmenistan and Moldova.

All very differently, but the Eurasian states at this point differ only in the level of state capacity. And only those republics where the state in its true sense is preserved are capable of integration. For it is impossible to integrate, for example, Ukraine into the Customs Union until the political crisis stops there. And the national elites seem to draw inspiration and property from the crisis. Consequently, the integration of Ukraine into the Union is possible only when the crisis enters the peak phase, as a result of which Ukraine will move from the category of “undersubjects” into a pure object of integration. It's not about love or dislike for Square. The point is in the objective political laws of Eurasia and the quality of the national elite.

According to the same objective laws, today Uzbekistan is the most non-integrated state. Which is a priori simply incapable of integrating into either the Customs Union or the Eurasian. For example, in Uzbekistan, exit visas are preserved, and the Customs Union is primarily a free movement of goods, people and capital as a basic level of integration. How can I take Uzbekistan to the CU? The answer is obvious. If you wish, you can find hundreds of evidence of the non-integrability of Uzbekistan, but they will all be rooted in some signs of degradation.

Therefore, Uzbekistan is not integrable. At this historical moment.

Interestingly, for all 20 years of national development, Uzbekistan has implemented a single integration project. This project was the establishment of a rail link with Afghanistan. In fact, we are dealing with a unique case in which a more capable state voluntarily integrates with the point of chaos and disorganization. While the rest of the neighbors close the border with Afghanistan as much as possible until at least some semblance of the state is established there - in Tashkent they decide to actually integrate Afghanistan into themselves. Because after the withdrawal of US troops and allies from the region, natural chaos will be imported into the territory of Uzbekistan. And if the Soviet Union managed to shift the export of chaos towards Pakistan, then over the 20 years the situation has changed dramatically. Now, the export of chaos will begin in the direction of Tashkent, Samarkand and Bukhara. Moreover, the transport infrastructure is ready.

Therefore, the salvation of Uzbekistan lies beyond its borders. If, after the withdrawal of US troops from Afghanistan, no one will control its territory, Uzbekistan will inevitably begin to integrate the chaos in the form of Islamists, the expansion of drug trafficking, and so on.

The only chance to save Uzbekistan is to control the border areas of Afghanistan. And the current allies of Tashkent, the United States, are just leaving the region, arming the Uzbek army and obviously leaving weapons in the region, as they have always done. That is, prepare all the conditions for the export of chaos. On top of that, Uzbekistan has somehow left the CSTO and lost its only allies, who would also be interested in controlling the north of Afghanistan.

Therefore, the moment of truth for Uzbekistan will be the 2014-2015 years, when the withdrawal of troops will begin. And it was in 2015 that the Eurasian Union should be created, which from the very first days of its existence will begin to border on the agonizing 30-million national state, actively importing chaos. Consequently, from the very first days of the new Union will face such tests, which up to this did not face either the Russian Federation, or the Republic of Belarus, or the Republic of Kazakhstan.

Ctrl Enter
Noticed oshЫbku Highlight text and press. Ctrl + Enter
We are
Why "Uzbekistan after Karimov" will inevitably explodeThe sleeping giant of Central Asia
104 comments
Information
Dear reader, to leave comments on the publication, you must to register.