April 4 2013
78
Imagine countries and states by seagoing ships - large liners and small steamboats that lead an eternal desperate race on the seas stories. 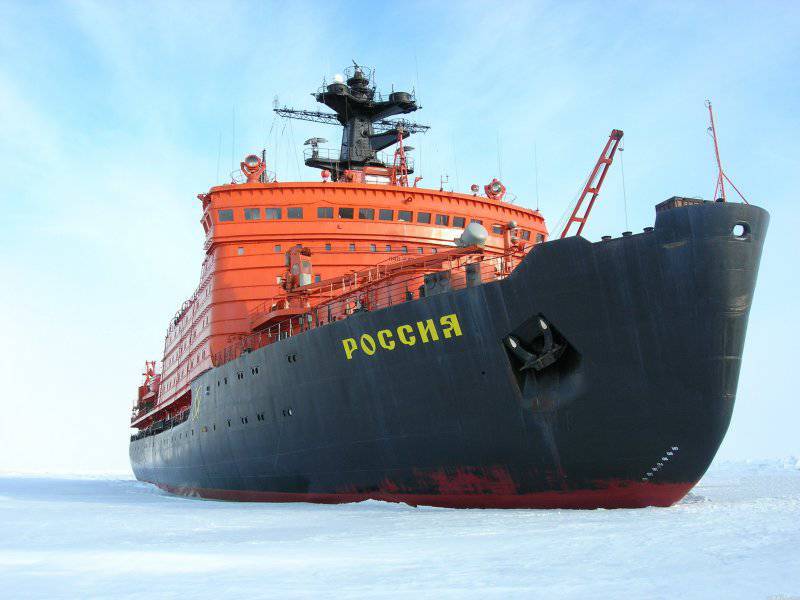 A few decades ago, the largest and most modern ships were fascinating. Passengers walked grandly on the decks, there was a lot of food and drinks in the holds, and even the attendants breathed something noble. Our domestic ship was huge, but a little awkward: it simultaneously resembled an icebreaker and a large container ship. The crew was experienced, resourceful and brave. He could be proud of himself, unexpectedly for many, having made a sharp turn to the left, the vessel overtook many competitors, even trying to take him to the boarding, the terrible German was cruelly beaten. Of course, it was hard, and not everyone could later rejoice at the victory, but no one risked challenging this proud ship directly. And when a man flew into space directly from the ship, the spiteful critics nearly drowned. Everything is good, but the service on "Russia" was original. Judge for yourself: where whiskey and chocolate were stored on normal cruise liners, ours scored coal to the top. We certainly wanted to catch up and overtake, and leisure and entertainment were the tenth thing. While heroes were at the helm and in the engine room, nobody paid any attention to this, but they retired, and the children took their place. The crew, as before, tried to outrun the competitors, but didn’t tear too much, and more and more often envied them, because there life is more fun and diverse.

Then there was a riot on the ship. The felling was captured by the henchmen of the competitors; the inhabitants of the ship were announced that we would live like normal ships. They proved that we were not going there either, and now everything will be like on normal liners, and not like on this dirty, coal-smelling coal. New so this word was pleasant, that they began to call all their previous life, all its achievements, all navigators, first mates and engine mechanics, with the help of Arj. It was announced that the holds were freed from coal and everything else, and this ship was packed full of various wealth accumulated by many generations of hardworking sailors, fishing gear was given to other vessels as unnecessary, and in exchange our friends would give a barrel of jam and a basket of cookies. Still tricky competitors gave beautiful rags, beads, mirrors, bottles with beautiful labels (they turned the same tricky combination as with the savages - the natives of the islands). Although what they are competitors, they are brothers in the century!

It turned out that overcoming the storm waves, fishing, daily work on the ship, emergency gear - this is all for the suckers. The main thing on the ship is to eat, drink and have fun, and of all the works, cutting the sides with their further sale to neighboring liners was declared decent.

Life on “Russia” has become more fun. Not satisfying, not happier, not safer, but drunken and reckless. Suddenly, few lazy and rogues from the lowermost decks and dark corners povylazili to the uppermost decks and let's drive into the deserted holds of their former inhabitants - motor mechanics, radio operators, ship doctors and teachers - all those without whom the normal existence of the vessel is impossible.

And where is the captain, you ask. At the beginning of these terrible events, the muddy wave of the ship’s rebellion, decisive and merciless, brought him to the very top, to the captain’s cabin, who was not the most intelligent boatswain. There, he mostly tasted alcoholic beverages and still avenged his children's offenses against a large and beautiful ship. Well, he also watched that any bandit RIGHT had the right to rob his ship and its inhabitants with impunity. Another very important thing was that any rogue could pour mud on his ship and his logbooks.

From all this "happiness" the crew and passengers began to "throw nafig with a rotten pelvis", resembling rats running from a sinking ship. Any floating craft that would help to leave the ship in distress was priced at gold, and each of the "new upper-deck" had lifebuoys, or even a lifeboat, hidden away.

One of the key logging refused to obey the captain and began to naturally plunder and kill all those passing by. Many also seriously thought about the new riot. The ship was shaken by fires, no one thought to eliminate numerous leaks (if it were not for solid ancestors, they used to feed fish for a long time) the crew, who did not run up, stupidly thump or go out of their mind about the unreality of what was happening. To all the trouble looming ahead reefs.

The new inhabitants of the upper decks were, of course, mostly ugly personalities, but you want to live and live well. They understood that if the ship was irreparable, not all of them could reach other ships, the coveted airliners. And another big question is whether they need someone without their alma mater. They, in any case, did not have time to smuggle the valuables hidden and hidden in the cabins - it turned out that the reefs were very close, and our friends and competitors were pushing Russia towards a catastrophe under the vile giggling of the tugboats.

What did they have to do? Quickly they pushed out a little of the old man who understood the captain’s bridge and let an adequate person who wanted to save his native ship go there. He was supported by the entire crew. With enthusiasm, they began to patch the leaks, stealing from the ship became much smaller, opened the rebellious wheelhouse and "soaked everyone in the latrine." And by the reefs still slipped, and went into the open sea.

I wish I could stop at this. It turns out almost like in a fairy tale - justice prevailed, ours won and began to live - to feed (swim - sail), good to profit. However, during the riot and the pogrom, many devices disappeared from the ship, without which the ship’s previous course is simply impossible. The rest of the units and mechanisms are often no one to manage, because during the previous “policy”, the staff either degraded or “inflates sails” to competitors. It is necessary for the captain himself to lead the ship in manual mode. The theft has not gone anywhere, and the point here is not the captain. It’s just that there are no one to put on many “fish” posts, except for the recent inhabitants of the upper decks.

It was good to be a captain before - an excellent crew, only a renovated ship, a fair wind. The current skipper is much harder: let the lower ranks and for him, and what is going on above, only from the ship's logs learn after their declassification. As with the rebel felling it turned out, not everything went smoothly either. After the “pacification”, it was covered with gilding, and its inhabitants became too self-confident, and in the adjacent cabins some incomprehensible fuss is on. But tell me, was there an alternative? Is the crew ready, not so professional and numerous as before, to act differently, regardless of the inevitable large losses?

Well, the main ship is afloat, somehow, but we go further. Visibility is lousy, the waves are getting higher, the connection is working once, and the cards are damp for a long time. This is all sad, but we are in the regatta again!

Let's look at our "friends - competitors". And here they are, circling not far. They got lost! Wow, we, then, indicated the way, but they themselves do not know the way. The outlines of their ships have also changed: if earlier they were elegant cruise liners, now they are ugly, rusted, with peeling paint on the board of pirate killer ships. For the main thing they have previously the most elegant cruiser, now unsinkable (he thinks so) aircraft carrier "America". Predators rob and then send small boats to the bottom one by one, and they are clearly not happy that we are still afloat.

We cannot protect all victims from pirates, and they, unfortunately, will continue their plunder. But those little boats who manage to get under the protection of our sides will stay afloat. The most intelligent are already turning in our direction. Pirates, like those sirens, sing something about freedom and democracy, but, as they say, who can I believe, to my eyes or your words.

In the eyes of the inhabitants of fake liners, including our former ones, there is no longer any confidence in the future and arrogance towards us, they look intimidated. It turned out that they were fed and lived in debt, and not for their beautiful eyes. And the pirates, they are able to take away and divide, do not hesitate. And still rations are cut down every day, children can easily take away or what property. They are already threatening to throw it overboard if you cannot pay debts or pay for the rations.

Why, there are separate passengers - they recently forced one strangled boat to run aground, so it’s more convenient to rob (they set up our storage room at home, there was no place for it on the biggest ship in the world, so the pirates buried it and plundered it).

But the regatta continues. Gloomy, barely afloat vessels barely trudge in the ocean. It turned out our competitors, like us, finished off their ships. In recent years, they have not repaired them, entire decks have been sold to anyone or hitting, and to private traders after themselves, “at least a flood”, just to get some money.

Now, in the race, the one who does not force the engine wins, does not ruin a precious resource in search of a new victim. The aircraft carrier "America" ​​after each departure of the brave "evil fighters" is increasingly tilting on its side, its retinue from frigates to small boats, it is difficult to overcome small waves. They fearlessly drown another peaceful ship. I do not know how long they will hold out during a storm, but after it all will be calmer.

In this situation, the actions of our captain seem to me to be the only true ones — without abrupt maneuvers (or the corps may not withstand), not to get involved in risky maneuvers with “werewolves - democrats”, but to go with my retinue in slow motion. The pirates themselves, without us, will soon be drowned, their crews are not accustomed to extraordinary emergency work, they’ll yell about rights and freedoms in the water. Another thing is we - after the recent events we will not be frightened by anything and will not be surprised. Pull it all together.

PS I know for sure, like many others, that I can control our ship better than the captain. But at the same time I have a firm belief that I will drown the ship at the first gust of wind.

Ctrl Enter
Noticed oshЫbku Highlight text and press. Ctrl + Enter
We are
ARMY-2016. Cluster VCS. Part of 2. Space is space!Results of the week. "He flew away, but promised to return!"
Military Reviewin Yandex News
Military Reviewin Google News
78 comments
Information
Dear reader, to leave comments on the publication, you must to register.