Politicians are storming the Internet 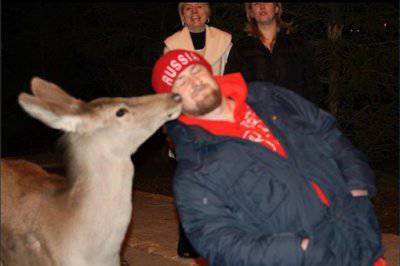 Modern politicians are trying to light up literally in all social networks, microblogs, photo sharing services. One of the most active politicians in terms of mastering Internet technology, not only in Russia, but, perhaps, in the world, is Russian Prime Minister Dmitry Medvedev. His real pages are on Twitter, Instagram and other resources.


Many politicians use photos from a personal album that helped them arrange photo studio. One of the main resources for publishing photos is Instagram, which has recently turned into a kind of donor News for various media. As soon as some politician post on Instagram his photo with a signature to it, then immediately the journalists literally pull this message along with the image over thousands of news resources, trying to give their assessment of what is shown in the photo and in what form the politicians on He appeared.

At the same time, many also try to follow the example of politicians by registering with the photo distribution resource via the Internet. True, not many people know that the format of photos of the same Instagram is somewhat different from the usual computer one. Yes, and this system is not designed to use it the owners of personal computers. It is used by owners of smartphones, and the owners of apple products have a peculiar advantage, which, as it were, underlines the status of registered users (at least in Russia this particular stereotype has developed about this resource).

After the head of Chechnya was registered on Instagram, his photos, along with comments, became lightning-fast on the virtual web. Each news portal considered it their duty to comment on the images that Ramzan Kadyrov uploaded to the network. Such an unhealthy interest is observed to this day. Apparently, everyone who entered the personal page of a politician considers himself a kind of paparazzi, who in real time gets acquainted with photos and personal data of a high-ranking user. Obviously, the hype will subside over time if the next alternative projects attracting attention do not appear on the Internet.
Ctrl Enter
Noticed oshЫbku Highlight text and press. Ctrl + Enter
We are
Politicians conquering the InternetNew photos of the Chinese fighter Chengdu J-20
Military Reviewin Yandex News
Military Reviewin Google News
Add a comment
Information
Dear reader, to leave comments on the publication, you must to register.