April 2 2013
12
A few cards from this morning. I drove to the exhibition especially for the morning flights for a couple of hours. The knights in the first half of the day did not work, and after lunch we went on a trip to the mangroves, so for today we will limit ourselves to the MiG-29, Rafal, Eurofighter and Su-30MKM shows.


There are a dozen of the best today.

"Gangster" MiGs are finally caught in a favorite pose! 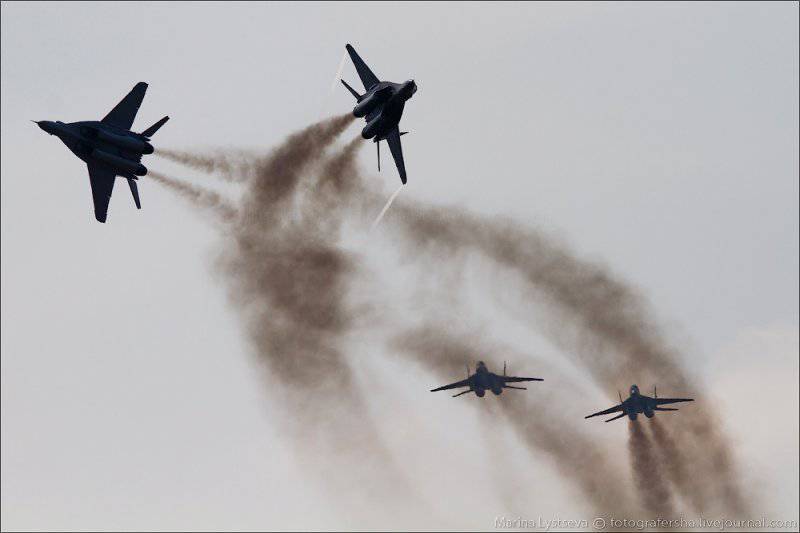 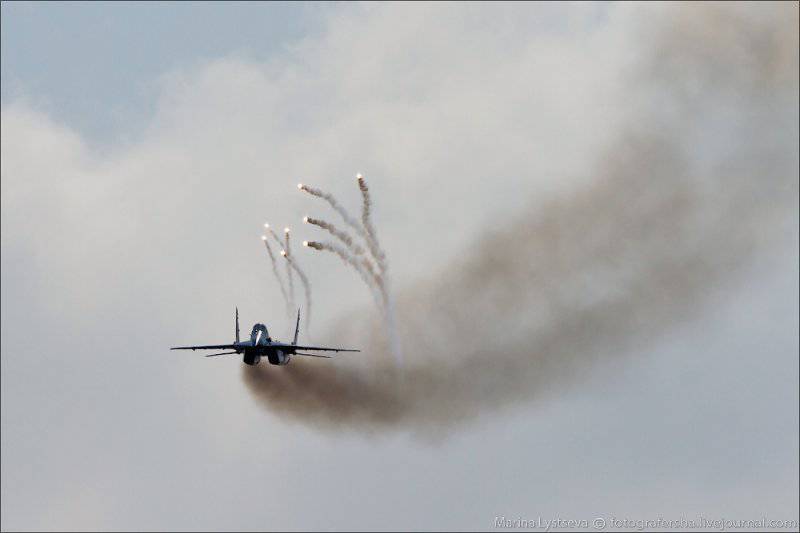 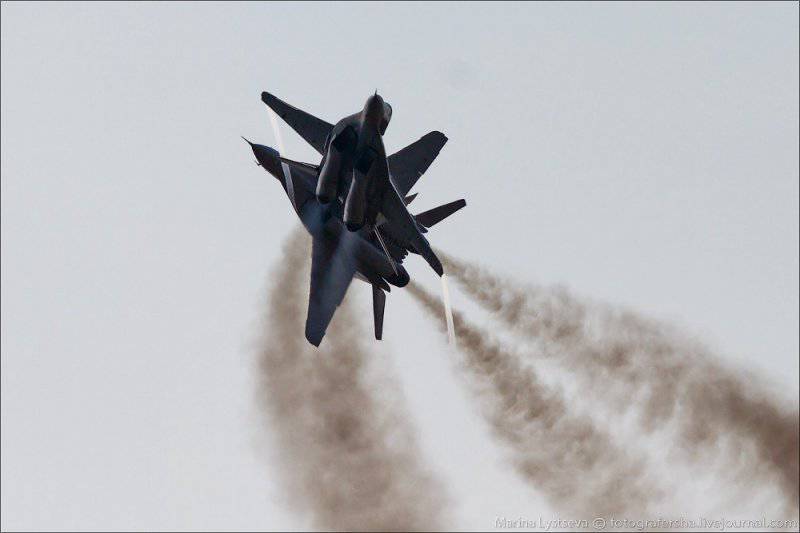 But the Knights were not allowed to shoot. We have too heavy plumes can sprinkle on the ground and beat someone inadvertently. 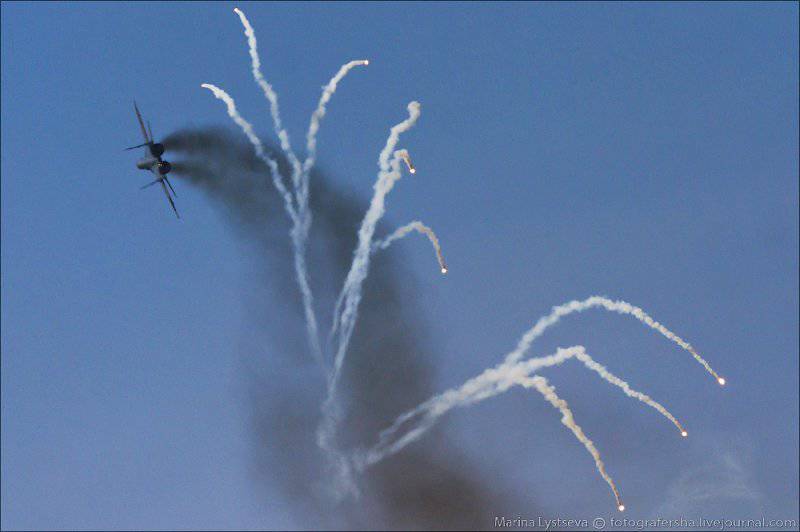 Again I confuse me from the back - either Gripen or Eurofighter.
I do the selection from the camera to the laptop and drag everything to the Internet room (business center), and when I post it, it’s inconvenient to run around the room to look at the camera. 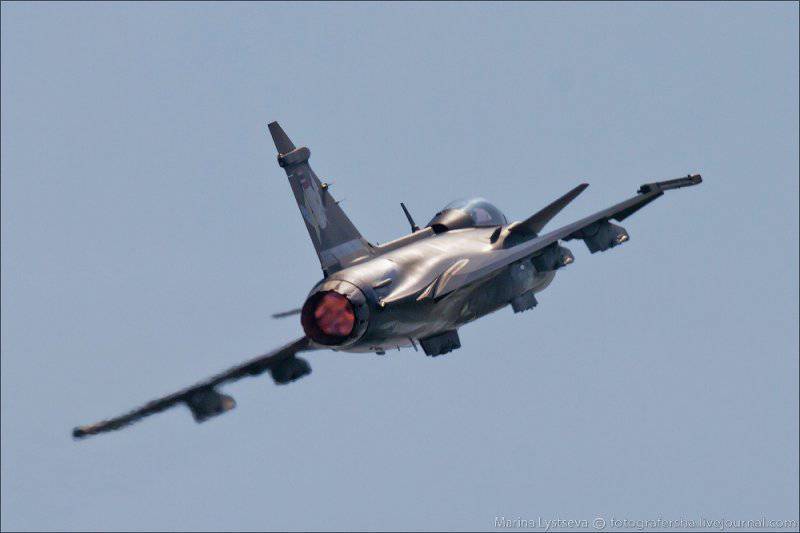 This is exactly Rafale. By the way, I tried to shoot on 7D - a good autofocus. On the second penny a lot of ofigenschik stupidly not focused. 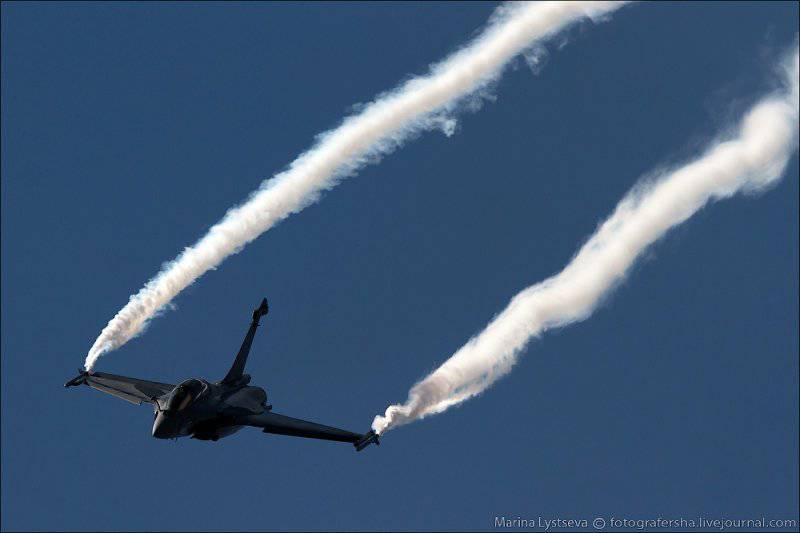 Su-30MKM. I love such blurriness, but, in my opinion, I have a little bit to reformat the camera Or does it seem? 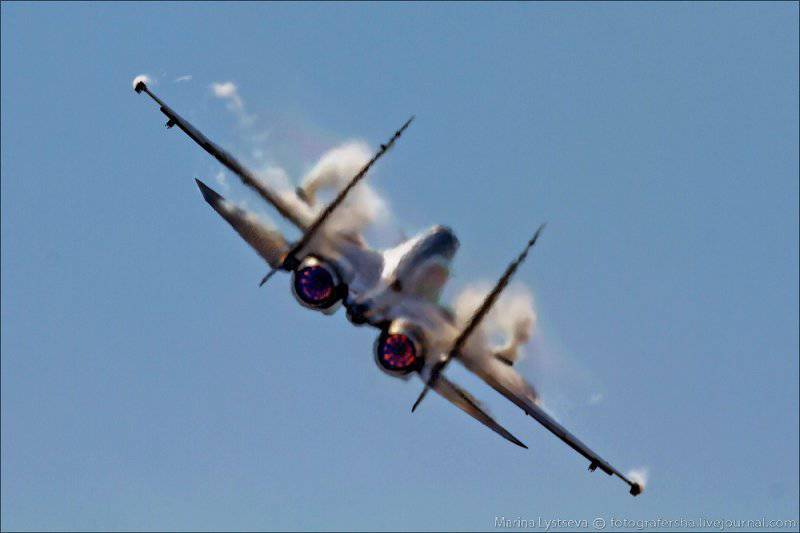 Well, this is actually almost a photo of the day. Eurofighter. 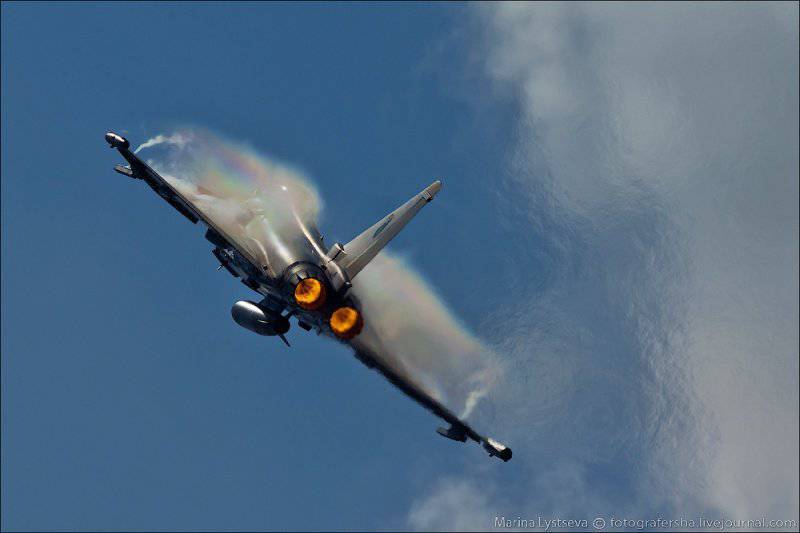 Pass through the cloud 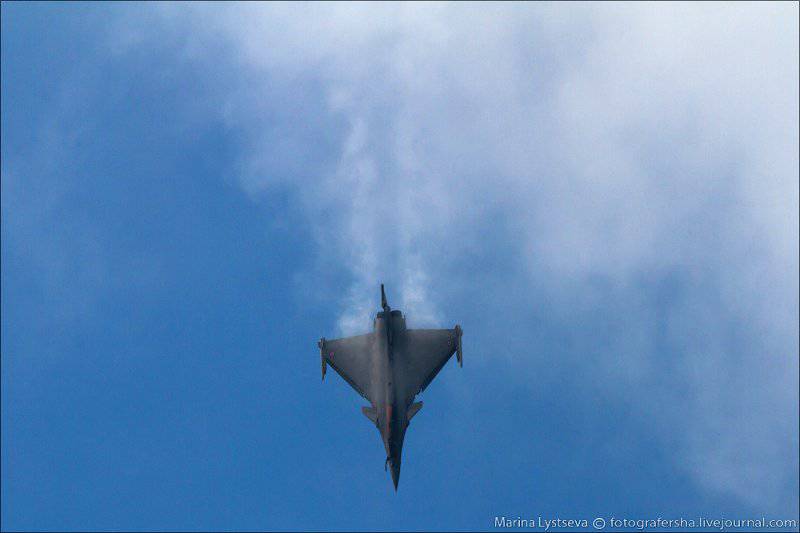 And through one more 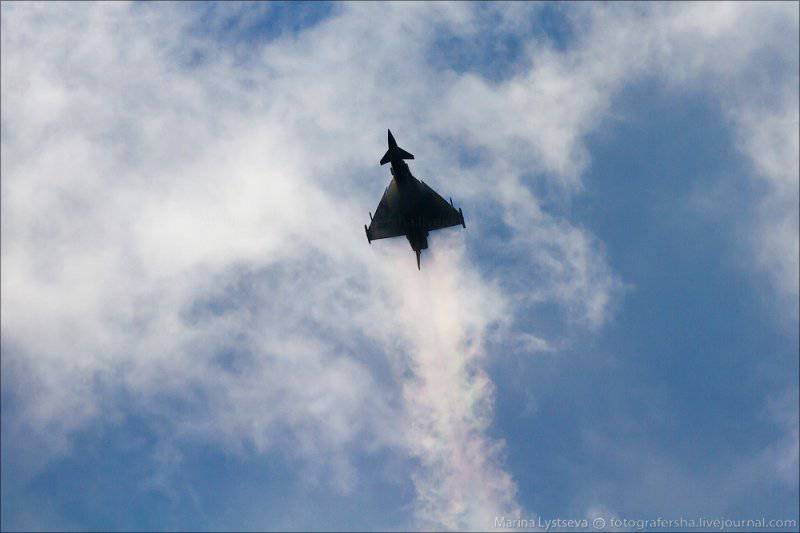 Well, the most curly beauty for a snack! For the first time this took off. 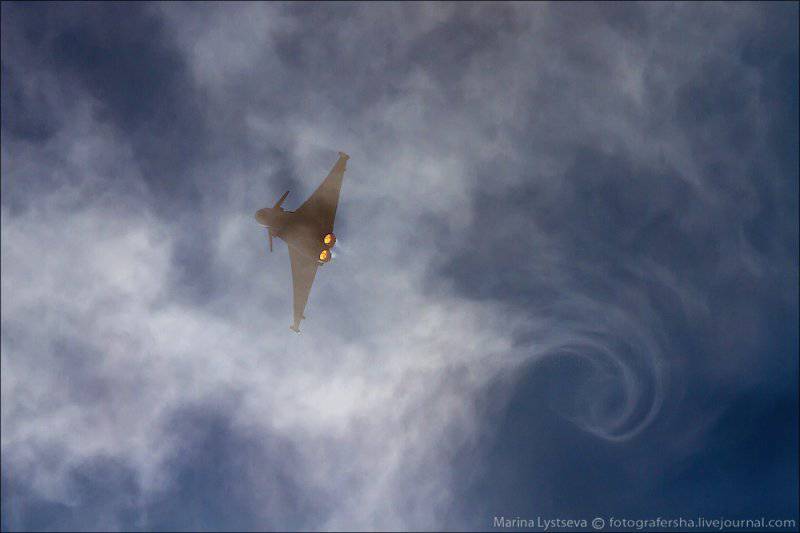 Now I will rest, the rest is more thoroughly done already in Moscow. Tomorrow evening we will fly to the side of the house, I hope to return this month.
Kisses, Marina.

Briefly about the fifth day and last video

Hello from Dubai. I sit at the airport, waiting for departure to Moscow. Only seven of the nine people in our group managed to fly out with Langkawi, the Malaysian air routes again made a mess with tickets — they all confirmed from Moscow, and already at registration it turned out that almost everyone was busy.

I wasn’t going to the exhibition yesterday, but after the morning tour of the islands I had free time and, having learned that we were starting in 15: 15, I went to the salon for half an hour to take this picture: 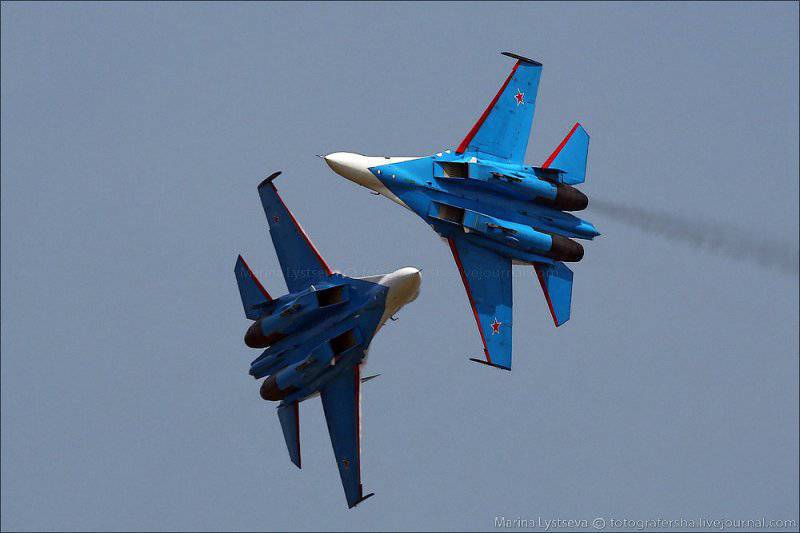 And further...
2. This, by the way, was filmed on the third penny - I borrowed it. Thing! Avtofofok that is necessary. Want Want want. 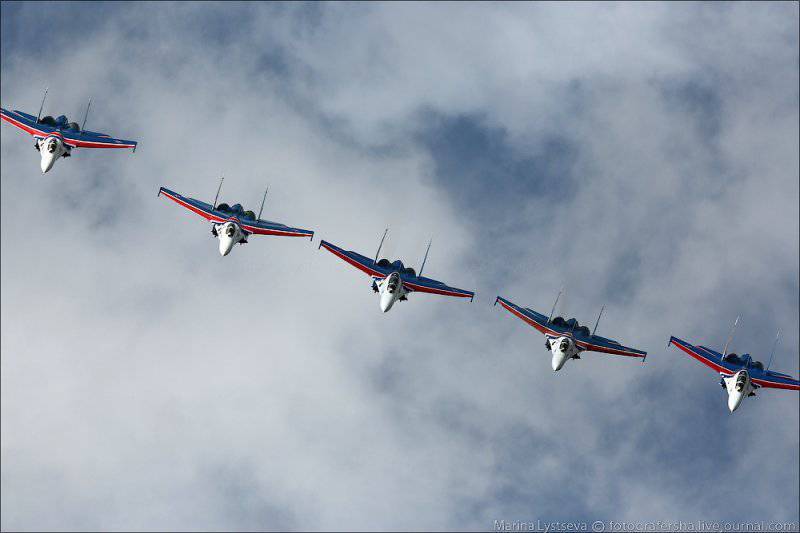 The knights completed the flight program and closed the air show. Half of the deed is done, now fly back home.
By the way, the guys said that 19 March APRIL in Kubinka will be flying. And I suspect this is an anniversary. Because 10 years ago, I first came to Kubinka in March, 2003, and for the first time in my life I photographed Swifts and Knights. 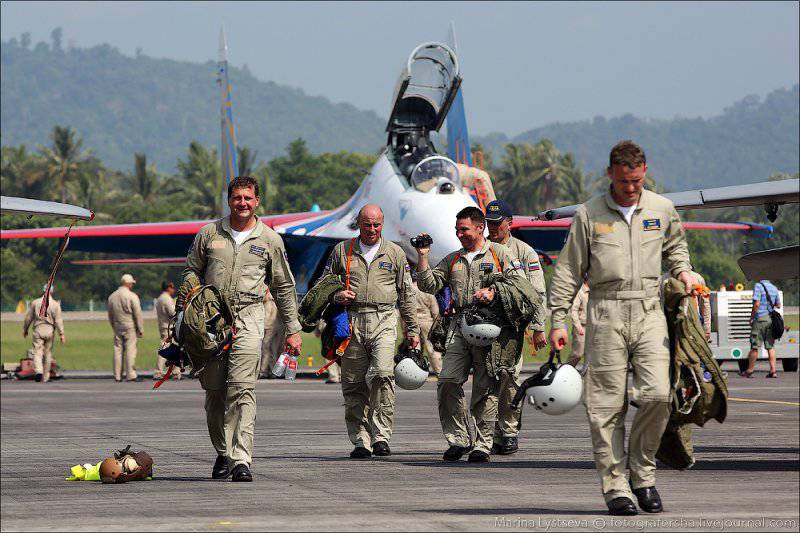 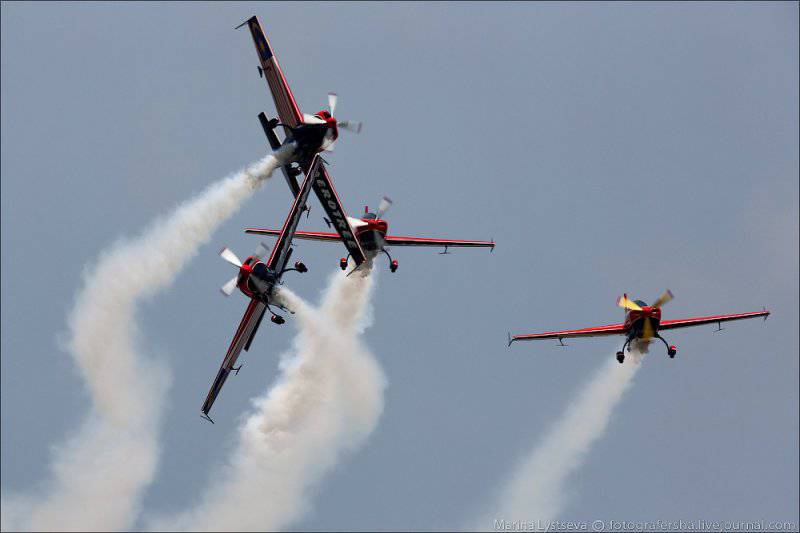 But from these two Rafalek glue please gif, please, and then I stupid and unlearned. 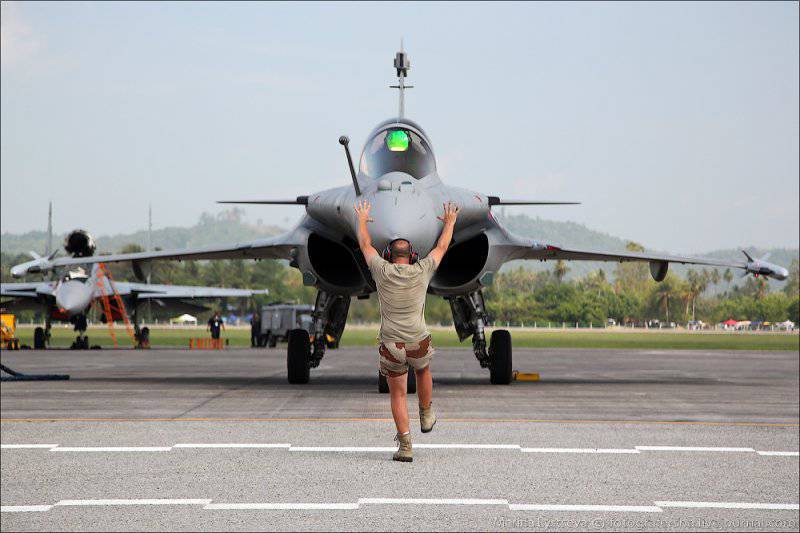 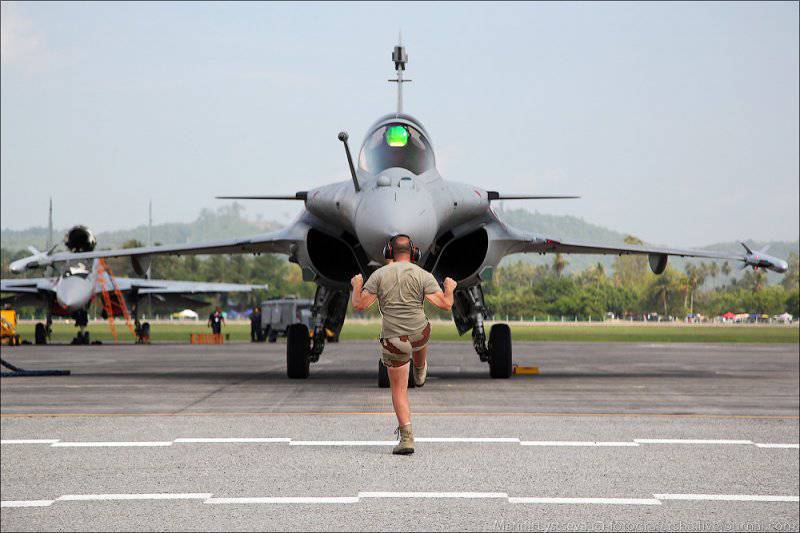 Ctrl Enter
Noticed a mistake Highlight text and press. Ctrl + Enter
We are
The action “Military service under the contract is your choice!” In Rostov-on-Don: future contract servicemen, exhibitions and “Russian Knights”Airshow LIMA
12 comments
Information
Dear reader, to leave comments on the publication, you must to register.