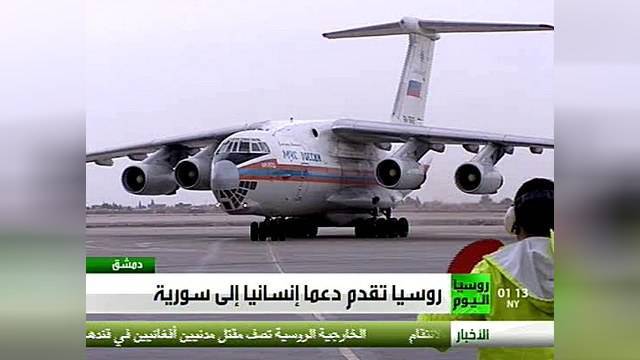 The Imperial Orthodox Palestinian Society announces the collection of humanitarian aid to the people of Syria. The collection of assistance will be carried out from March 31 to April 10. with the support of the Russian Committee of Solidarity with the Peoples of Libya and Syria and the Russian Orthodox Church. The transfer of assistance is planned for the Syrian Arab Republic Independence Day - 17 April.

The members of the Working Group of the Imperial Orthodox Palestine Society for the Protection of Christians in the Middle East and North Africa intend to deliver and transfer humanitarian aid in Damascus to Patriarch of Antioch and the whole East, John X, and the High Mufti of Syria, Ahmad Bad-ed-Din Hassoun.

Syria is the cradle of Christianity, the crossroads of ancient civilizations, cultures and part of the Holy Land. Today, the escalation of violence continues, blood is shed, temples and mosques are being destroyed, the interfaith peace is crumbling. Almost 70 thousands of people became victims of armed confrontation, thousands of civilians lost shelter, many found shelter in monasteries and help all Syrians, both Christians and Muslims. These people, adults and children, are suffering immensely and are now deprived of the most necessary. There is a shortage of medicines, medical equipment, and dressings for the wounded.

Earlier, the Imperial Orthodox Palestine Society issued statements “On the Situation in Syria” (June 4 2012) and “On the Protection of Christians in the Middle East and North Africa Region (November 28 2012). But the situation there remains difficult, people need emergency help.

We appeal to Russian citizens with a request
respond to the call of the oldest nongovernmental organization in Russia
and provide all possible assistance to the suffering people of Syria!

REQUISITES in Vneshprombank
for transferring funds:

Recipient: Fund of the holy Constantine and Helena.
It is necessary to specify in the purpose of payment: "to provide humanitarian assistance to the people of Syria."

Metropolitan George of Chomsky from Syria, who recently visited Moscow and was received by His Holiness Patriarch of Moscow and All Russia Kirill, specifically asked members of the IOPS Working Group to assist in the delivery of vitamins and medicines for children, including drugs for the treatment of gastrointestinal, colds, as well as antibiotics and antitussive drugs. According to him, such assistance will help save the lives of many Syrian children.

Please take into account
that all types of assistance should be in original packaging.

Assistance will be collected in the premises provided by the Russian Orthodox Church:

These monasteries are inextricably linked with history The Imperial Orthodox Palestine Society, with the names of its first Presidents - the Grand Duke Sergius Alexandrovich and the Grand Duchess the Martyr Elizabeth Feodorovna. It was they who stood at the origins of the humanitarian and educational mission of the Society, created the great legacy of Russian Palestine and left a deep imprint in the grateful memory of the people of Syria and other peoples of the countries of the Middle East region.

С March 31 this year in Moscow two more points of gathering humanitarian aid for Syria will be opened:

The Imperial Orthodox Palestinian Society expresses its heartfelt gratitude to all individuals and organizations who will respond to the call and participate in collecting humanitarian aid for the people of Syria.

Ctrl Enter
Noticed a mistake Highlight text and press. Ctrl + Enter
We are
Syria - closeupReligious conflict in Abkhazia? It is possible
20 comments
Ad