Secrets of foreign appearances. As a scout Larkin fights for the return of foreign real estate in Russia 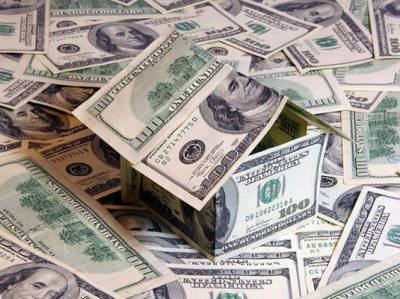 Now foreign newspapers are full of such headlines: “Russians bought half of Miami”, “Oligarchs from Russia acquire the most expensive palaces in London”, “Moscow is returning its church property in Palestine”, “The Kremlin owns real estate in 106 countries of the world”.


Recently, the topic of Russian property abroad has attracted particular attention. And it's not just in recent scandals like “pehting” and “malking”, when our deputies and senators tried to hide their foreign real estate. Private overseas property is only the tip of a huge property iceberg. After all, Russia behind the hill has historically owned more than 1230 especially valuable objects worth hundreds of billions of dollars. Who will get this wealth?

About this, our columnist talks with the former intelligence officer, an illegal retired colonel, Anatoly Alekseevich Larkin.

In the exploration of the Moscow boy Tolik Larkin called romance. I watched the movie “Who are you, Dr. Sorge?"And wanted to be the same. Actively involved in sports, became the champion of the capital in gymnastics. Successfully completed a prestigious university and received a promising distribution in Vneshtorg. There he was noticed by a mighty USSR Minister of Foreign Trade Patolichev and made his assistant. Brilliant prospects opened! But when Anatolia was offered a job in intelligence, he did not hesitate. After all, his idol was Hero of the Soviet Union Sorge.

Over time, I perfectly learned several foreign languages, including such a difficult one, like Hungarian. Last year, our newspaper already wrote about the intelligence activity of Colonel Larkin. For feats on the invisible front, he was to receive the Golden Star of the Hero. But then illegal immigrants were given the highest award, as Sorge, only posthumously. Anatoly Alekseevich was awarded a very valuable order among military intelligence officers - Red banner.

Colonel special services very sparingly tells about himself. Almost all of his covert operations will be another hundred years under the heading "Top Secret". And only on two topics he speaks with enthusiasm. This is Hungary. In this country, we worked with him at the same time. And foreign real estate.

Anatoly Alekseevich always comes to our meetings not empty-handed. Every time he pulls out such documents from his briefcase, that you wonder! And now he shows an extract from the contract of sale of real estate in Hungary. It is about the purchase by the Soviet Union of a palace on Lake Balaton with the guardian Archduke Jozsef of Hapsburg. For one hundred and five million pengo Soviet representative A.P. Kogan purchased “In the everlasting and irrevocable property of the USSR on the Tigan peninsula the palace and the land plot of area 1002 square fathoms with all houses and buildings and other equipment”.

“According to international law, this palace of the Archduke of Habsburg should now belong to Russia, as the successor of the Soviet Union,” said Colonel Larkin. - And how many more such tasty pieces of Soviet property are scattered around the world?

The Scout knows what he is talking about. During his long life, Anatoly Alekseevich worked in many countries. Abroad, he was mostly introduced as a businessman, a real estate specialist. Over time, it became a real dossier in matters of international property law. And even published a monograph on this topic. As an expert and translator Larkin, our high leaders often took overseas trips. But, unfortunately, they rarely listened to the opinion of experts.

With particular indignation, Anatoly Alekseevich recalls the behavior of the then USSR Foreign Minister Eduard Shevardnadze in Budapest. The Georgian master did not even think of defending the interests of the Soviet Union in the negotiations on the withdrawal of our troops from Hungary. He immediately agreed to the so-called zero option, when no one owes anything to anyone. But from the objections of ordinary members of the Soviet delegation that it was impossible to give away such a huge property for free, only waved away. Like, we are a rich and generous country. And for friends nothing is a pity. And who needs all these airfields, missile bases, military camps ... You can't take it with you anyway.

By that time, Colonel Larkin already had an entire register of Soviet property in Hungary. In this database were listed not only purely military targets, but also luxurious mansions in the most prestigious districts of Budapest, a holiday home on Lake Balaton, and even the editorial office and printing house of the newspaper of the Southern Group of Forces in the very center of the Hungarian capital. Anatoly Alekseevich offered Shevardnadze various options for using this property. But he only contemptuously made a face and referred to the indication Gorbachev "Not a trifle." As a result, all left to the mercy of fate.

From a letter to the President of the Russian Federation V.V. Putin

The former colonel of the special services Larkin Anatoly Alekseevich, who worked abroad as a businessman, with his offer to return real estate abroad belonging to Russia, addresses you.
In our country and abroad, he has conducted work on finding archival documents that could assist the Ministry of State Property of the Russian Federation in returning Russia of its legitimate property abroad. In recent years, has collected a sufficient database of Russian property objects abroad, but which, unfortunately, is still not in demand.

The main reason for this is the passivity to the fate of the whole Russian property abroad on the part of individual federal agencies, which essentially pursue narrow departmental interests, owning their part of foreign ownership as if quietly, and therefore uncontrollably. On the other hand, various private structures, including criminal structures, are actively involved in solving this problem. Hence, a huge stratum of property belonging to Russia diverges between hands, as a result of which the Russian budget loses huge currency values.

Officials on Russia us ... Th

“The same pitiful picture of our property is also in Germany,” says Anatoly Alekseevich. - Even the famous House of the Soviet-German friendship in the center of East Berlin has passed into private hands. Now there are fashion stores, jewelry stores ... And the profit from all this goes not into the budget of Russia, but into the pocket of a smart Russian “rip-off”.

“No,” answered Larkin. - But also the former Yeltsin minister. And with Chubais, I had to meet and report on our property abroad. After that they created a special department in the presidential administration. Here are just the results of his work classified as foreign turnout resident intelligence. And only from the reports of the Accounts Chamber can we learn something.

The old scout pulled another paper out of his briefcase. This was the report of the Chairman of the Accounts Chamber. Sergey Stepashin on the results of the verification of the use of state property abroad. The picture was disappointing. In the register of federal property listed only 3% objects of Russian foreign ownership. The fact is that the inheritance inherited from the USSR is on the balance of various departments, including Ministry of Foreign Affairs, Ministry of Defense, ITAR-TASS, RIA "News, FSB. And at seven nannies, as it is known, a child without an eye. After all, there is still no law governing the use of this property and alienation. The chairman of the Audit Chamber Stepashin repeatedly complained about the lack of income from foreign ownership and the lack of a full registry. But such a base is a scout Larkin.

He many times suggested that officials of the highest rank use the information he collected about Russian property abroad in the interests of Russia. Most often, they nodded intelligently and agreed to consider this important issue in the future. But in practice they did nothing. In a one-on-one conversation, they often asked to personally find a good mansion for them in a good country. When Colonel Larkin refused to work for a private uncle and spoke about the interests of Russia, he was cynically declared: “And we are ... to Russia. Its shirt closer to the body. "

Where only did not write and did not apply the old intelligence officer. But while things are there.

Help
The Office of the President of the Russian Federation and the Federal State Unitary Enterprise "State Foreign Ownership" in recent years have been returned to the ownership of Russia 163 illegally privatized or lost a departmental affiliation of the object, as well as three the object of church and museum purposes, located abroad, according to the Accounts Chamber of the Russian Federation. She notes that for 2010 and the first half of 2012 were returned 155 facilities located in Mongolia, Ukraine, Israel and the Palestinian National Authority, the cumulative book value of which is 266,6 million rubles. Property rights of the Russian Federation were issued on 55 objects, among them - the property complex "Sergiev Compound" (Israel), 53 property in Ulaanbaatar (Mongolia) and land in Jericho (PNA). Carrying out activities for the search, evaluation of this property, as well as for the protection of property rights of the Russian Federation on objects, their design in 2010 – 2012. funded from the federal budget in the amount of 140,4 million rubles.

Ctrl Enter
Noticed oshЫbku Highlight text and press. Ctrl + Enter
We are
Scouting robot for the ATO zone. Part of 1List of destroyed the largest and most high-tech enterprises
Military Reviewin Yandex News
Military Reviewin Google News
44 comments
Information
Dear reader, to leave comments on the publication, you must to register.