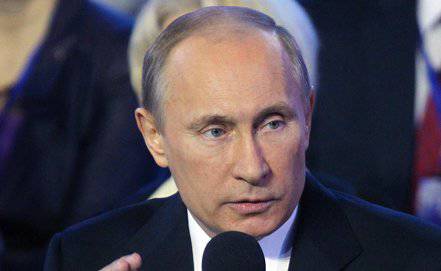 According to the document, the title has been established "in order to increase the social significance and prestige of selfless and conscientious labor", it will be awarded to citizens of the Russian Federation "for special labor services to the state and the people associated with achieving outstanding results in state, public and economic activities to ensure the well-being and prosperity of Russia. "

The proposal to revive the title of “Hero of Labor” was received by the President from one of the participants of the All-Russian Popular Front conference held in Rostov-on-Don today. Putin supported this idea. "In the Soviet Union, we had the title of Hero of Socialist Labor, and in general, in my opinion, this was justified," he said.

Ctrl Enter
Noticed oshЫbku Highlight text and press. Ctrl + Enter
We are
The action “Military service under the contract is your choice!” In Rostov-on-Don: future contract servicemen, exhibitions and “Russian Knights”The big press conference of Vladimir Putin
121 comment
Information
Dear reader, to leave comments on the publication, you must to register.