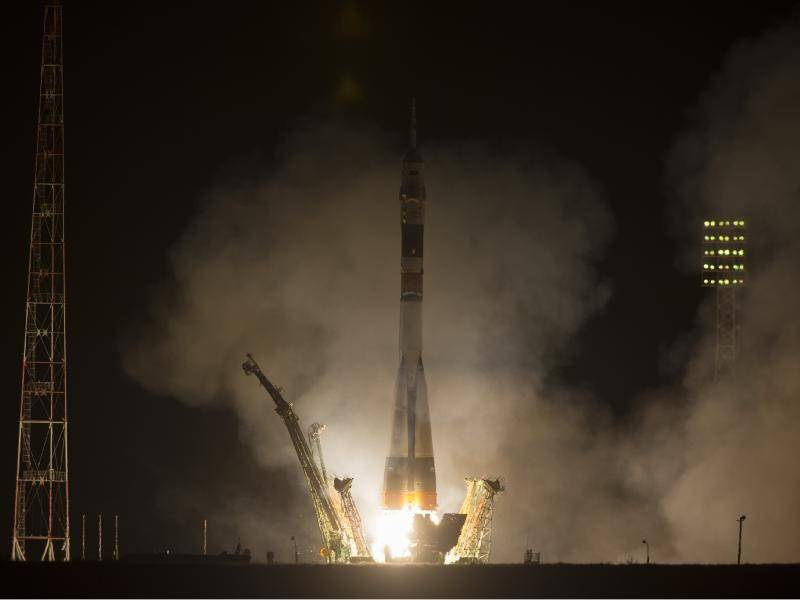 The Soyuz TMA-08M spacecraft docked with the ISS just six hours after launch from Baikonur. Before the flight took at least two days, noted in Roscosmos.


Soyuz with the new crew of the ISS took off at 00: 43 Moscow time from the launch site complex No. 1 of Baikonur. The spacecraft docked with the International Space Station in 06: 28 Moscow time. "Docking carried out by commands from the Earth at the estimated time, in automatic mode," - quotes RIA "News"representative of Roscosmos.

The ship, as explained by the space agency, for the first time performed a short flight, making only four orbits around the Earth instead of the usual 30. Due to this, the flight time was reduced by more than eight times.

A few hours later, the ISS crew, composed of Russian cosmonaut Roman Romanenko, NASA astronaut Thomas Mashburn and Canadian astronaut Chris Hadfield, will open the hatches and meet with colleagues who arrived at the station - Russians Pavel Vinogradov and Alexander Misurkin, as well as American Christoffer, the Russians Komerfer, and the Russians Kristof Hadfield, as well as American Christopher.

The new crew is waiting for an extensive scientific program, which consists of their 42 experiments. In addition, astronauts and astronauts will meet three Russian Progress trucks and the European transport ship ATV-4. Planned for the crew and four spacewalks. In the course of one of them, it will be necessary to install on ISS a system for predicting natural disasters on Earth. Expedition through 168 days will be completed.

Ctrl Enter
Noticed a mistake Highlight text and press. Ctrl + Enter
We are
Russia’s own orbital station will not acquire in the near futureThe head of Roscosmos: Russia will build its orbital station after the ISS
29 comments
Information
Dear reader, to leave comments on the publication, you must to register.