The Americans did not have enough soldiers to capture the DPRK 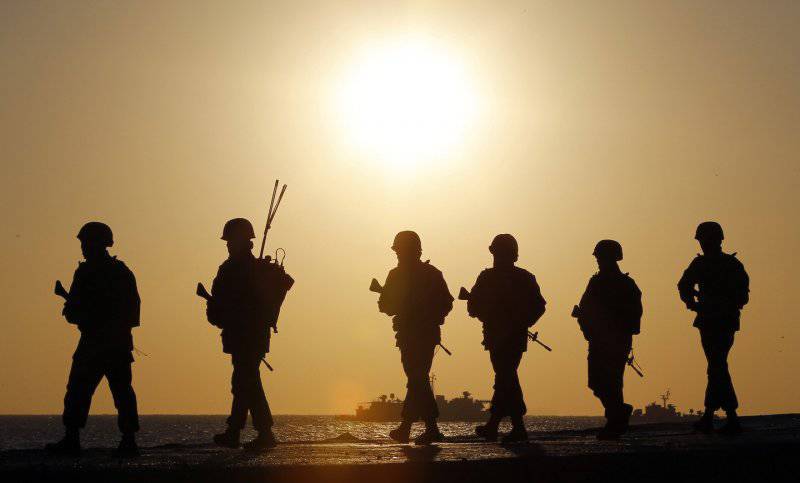 
Unlike the DPRK propagandists, who are confident that they will be able to defeat the US and South Korean troops and occupy Seoul in just 3 for three days, the US military is more cautious, predicting their own capabilities to invade North Korea.

According to The Defense News, officers at the US Army Academy in Carlisle (United States Army War College) conducted a war game in which they predicted the course of a hypothetical conflict with North Korea. According to the legend of the game, in a closed country called “Northern Brownland”, the “dictatorial regime” of the “criminal family” falls, and American troops must take control of its nuclear ammunition.

The results of the invasion simulation turned out to be disappointing for the US military: in order to gain a foothold in the territory of the country, two divisions (about 30, thousands of soldiers and officers) took 56 days. It turns out that at least 90 of thousands of soldiers are needed to capture the nuclear arsenal of the Northern Brownland. Almost as much was the US contingent in Afghanistan in 2002. And the operation to invade Iraq in 2003 took the United States and its allies 43 of the day.

The military did not disclose all the details of the game, including the possible number of losses, but told reporters about the main difficulties. Most Americans can be hampered by the complete lack of intelligence data: after overcoming the 38 parallel, along which the border between North and South Korea lies, the US troops will be forced to advance blindly.

Despite superiority in armaments, it will be very difficult to break through to nuclear facilities, since they are located in densely populated areas, and attempts to seize them with brute force will lead to unacceptably large civilian casualties.

As a result of the headquarters game, it turned out that the airborne assault force landed deep into enemy territory from the V-22 convertiplanes Osprey, as a rule, will not be able to gain a foothold in positions, and will have to surrender.

During the game, the military failed to quickly establish supply lines, including the use of roads and railways. One of the officers told The Defense News that the US Army was too spoiled by a base in Kuwait, from where all US military operations in the Middle East were planned in 1990 and 2000, and deploying a large contingent on the Korean Peninsula would be a nontrivial task.

In total, 28,5 has been quartered in Korea with thousands of US military personnel. According to the Pentagon, this is enough for the balance of power on the Korean Peninsula, but too little in case the US wants to invade North Korea and take control of its nuclear arsenals. For this purpose, the 50-thousandth US contingent at bases in Japan is not enough.

As The Defense News concludes, the war game made it clear that in the event of such intervention, the US Army "would not be able to achieve the necessary flexibility." One of the officers said that the current model of deployment of troops was to blame.

Currently, South Korea and the United States are not considering the possibility of a full-scale attack on North Korea, but 22 February agreed on a joint action plan in the event of a local border conflict, like sinking the South Korean corvette Cheonan in 2010 year or "provocation" in the demilitarized zone of border between the Koreas.

To achieve an increase in the contingent in South Korea and Japan, in the shortest possible time to launch an offensive against the DPRK positions, America will not be able to. This will also be hampered by public opinion in Japan and South Korea, where they are tired of drunken antics of the US military. China will also not allow a large number of US troops to be stationed at its borders.

However, it is possible that Washington will soon try to increase diplomatic pressure on both its allies and on the PRC, frightening them with possible chaos in North Korea and the theft of its atomic bombs by terrorists.

Ctrl Enter
Noticed a mistake Highlight text and press. Ctrl + Enter
We are
Russia demonstrated the most promising weapons at INDO Defense-2014The exhibition of weapons Defense Security and Equipment International in London
50 comments
Information
Dear reader, to leave comments on the publication, you must to register.