Brzezinski invites Beijing to choose between Moscow and Washington 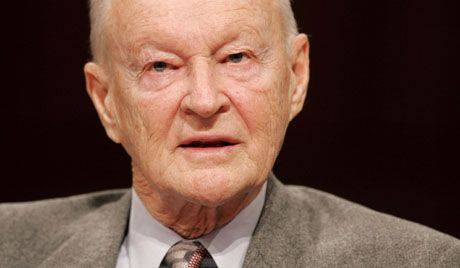 It’s too bad that the first visit of the PRC Chairman Xi Jinping to Moscow will take place, Zbigniew Brzezinski, the former US Secretary of State, the most prominent ideologist of American foreign policy, said on the eve of the PRC’s visit.


Today, after the successful completion of the Russian-Chinese negotiations, it can be argued that these emotions have intensified in the United States. Washington estimates the visit as a kind of joint political challenge to China and Russia to the United States.

Judging by the style of the interview recorded by 15 in March, the classic of American geopolitics is annoyed and surprised by the fact of Xi Jinping's visit to Moscow in the format of the first state visit. Washington not only analyzes the documents signed in Moscow, but also evaluates Xi Jinping’s trip from the point of view of American global interests.

A number of American experts today believe that the level of Russian-Chinese strategic partnership in terms of the degree of world influence is equal to the Chinese-American dialogue, and that it was Xi Jinping’s visit that made this equality possible.

Further rapprochement between Moscow and Beijing in the international arena is undesirable for Washington. On the contrary, the task of American diplomacy, as the former national security adviser to the president sees it, is to try to “pull” China to its side.

Brzezinski is trying to reanimate the old idea that "the United States and China should cooperate, since they are the first and second economies of the world." As you know, this idea was previously gently rejected by China. In the current version, the American political scientist refers to possible prospects for cooperation between the two countries in Iranian, North Korean and a number of other issues.

Beijing has joined the well-known UN Security Council resolution on sanctions against the DPRK, and is in favor of resolving the Iranian issue. But China is unlikely to go to Brzezinski’s proposals on creating certain anti-Iranian and anti-North Korean "fronts" under the auspices of the United States. Iranian hydrocarbon supplies for China and Chinese investment in Iran are extremely important for Beijing. Yes, and the presence of anti-American Iran, (unofficially) fits into the Chinese picture of "checks and balances." Even more exotic are the calculations of an American political analyst on the APR.

Brzezinski’s idea of ​​supplementing the American-Japanese alliance by strengthening Japan’s relations with the United States and China to “maintain stability in the western Pacific Ocean” looks rather strange, given the current level and nature of relations between Tokyo and Beijing. It looks doubly strange when a prominent American political scientist suggests that China “live together” within the framework of the exclusively American vision of security in East Asia in the Pacific.

If you continue the logic of a political scientist, then Beijing should, for example, support the elimination of the DPRK and the creation of a large Korea with new American military bases on its borders.

What the American political analyst is right about is the hint that Chinese nationalism is growing, which, he notes, "tends to become dangerously strong, and if China does not exercise caution, it will complicate its relations not only with Japan, but also with USA". Chairman Xi Jinping’s idea of ​​reviving the greatness of the “Chinese nation” is attractive to the inhabitants of the Middle Kingdom, but it also voluntarily or involuntarily brings temptation to China, which can be implemented in various forms - from active regional expansionism to propaganda of a certain superiority of the Chinese nation over others. By the way, this is only an assumption. Everything will depend on the will of the new leaders of the People's Republic of China, and they, judging by their first impressions, are not inclined to emotional improvisations and games with "nationalism."

Already on the first official visit of the new head of the People's Republic of China, it is clear that fifth-generation politicians belong to the category of pragmatists. Strengthening cooperation with Moscow is also a pragmatic choice dictated by the national interests of the two countries.