Bred like kittens. Why is Russia in 10 times harder 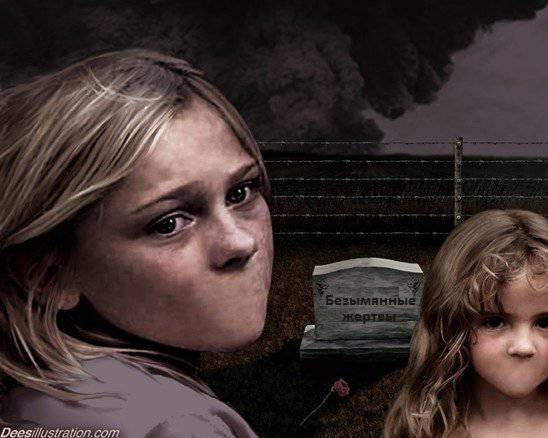 On February 9, 2013 in Moscow in the Hall of Columns of the House of Unions opened its first stories countries extraordinary congress of parents. One of the main topics was juvenile justice. I think it’s not necessary to stop and explain what this western phenomenon is, which is supposed to protect children from aggressive parents. The organizers and participants of this congress gathered hundreds of thousands of living signatures across the country against the destruction of the traditional institution of the family through the juvenile system. And, thank God, the result was not long in coming, the authorities reacted in the person of President Vladimir Putin himself. Some laws were suspended, some began to make amendments, taking into account the specifics of Russian society, its culture and traditions. However, celebrating the victory turned out to be premature ...

In the West, with its mentality and way of life, absurd and immoral norms of law can be introduced without broad maneuvers, chess moves and cover-ups in society. Of course, this was not always the case, at least until the 90s. Today, there will be any law, and even without looking at the majority, the benefit of the corrupted minority in Europe is no longer marginal in the face of 1-3%, but all 15-20%. In Russia, it’s harder, you need to somehow urgently reduce the 20-year lag in the moral and spiritual licentiousness of the people. Ordinary straightforward and stereotyped laws and methods are not suitable, because the Russian people were simply not ripe, and even some popular resistance appeared and not one thing: “Trade Union of Russian Citizens”, “The Essence of Time”, “Internet Militia”. In general, the liberals have a hard time. Therefore, we need more drama, more emotion and, of course, sound logic. Is child abuse bad? - Poorly! Juvenile justice in the form that we know is bad? - Of course! But it is logical that some steps must be taken to protect the rights of children who have suffered, for example, from pedophiles !!! ??? In principle, yes ... sure yes !!

We went from the flank

I draw your attention to the fact that we are not talking about the prevention of crimes of this kind, but we are talking about measures after the committed heinous actions against children. The child suffered. This is a tragedy. Suffered a young person. Without irony, banter and seriously writing "personality", I agree. Need measures to protect the individual after psychological trauma? - Needed. What - you ask? Courses of children's rehabilitation, psychologists ?! - No, not only. And why is this guaranteed by law? - We need silence !!! We read carefully, seemingly good intentions:

The State Duma passed in the second and immediately in the third readings a bill on fines up to 1 million rubles for disclosing information about children who suffered from violence. For violation of this requirement administrative liability is introduced in the form of a fine for citizens in the amount of 3 thousand to 5 thousand rubles, for officials - from 30 thousand to 50 thousand rubles, for legal entities - from 400 thousand to 1 million rubles with confiscation of media.

«Neither the name, nor the place of residence, nor even the photos and videos of the child can become public domain- convinced the deputy. “This does not mean that you cannot discuss the problems related to crimes against children, no.” “Discuss and condemn can and should be. But without showing the affected children themselves, without disclosing personal information about them, ”said MP Kabaeva. “This is not a political law, but a moral one,” she concluded.

As our former three-time mayor of the resort town of Berdyansk, with a road of land off the coast of V. Baranov, says: “And the mosquito will not lose a nose!” Humanism? -Humanism! Rights reserved? - Protected! Is there something depraved and anti-human? - Not! And I do not see, but it is!

First question. Society can empathize with an abstract sacrifice ?! - The question is rhetorical, and most importantly it generates discussion and boltalogiya, emotions and sound logic. And this is already a victory, since there is no clear, definitive, affirmative "yes" or "no." Even on this patriotic site you will break spears now, because there is no negative in the Law? Is it bad or good to use the banner of a child in the fight against pedophilia or simply to stimulate the Ministry of Internal Affairs to solve a high profile case? As for the banner, the recent example is "The Law of Dima Yakovlev" ?!

Second question. Will a criminal case now become deaf without public attention? This, by the way, is a question more for liberals ... who like to be in the focus of public attention around human tragedies.

We have to admit that only the anger and outrage of society were often a guarantee of the inevitability of punishment for the crime committed .. Of course, as a former liberal, I foresee the answer of the liberal to me: " it is necessary to develop independent justice, a system of checks and balances, a real police reform, so as not to run every time to the TV channel, seeking public outrage to get things moving off the ground! We leave on the Maidan! The power has taken from us the last instrument of control - to be heard! Well done, Nevsky, even though you are a scoop, but you gave us a reason ... And we will support the Law, as part of the juvenile, we are liberals, and we will be indignant that this European norm will work poorly, since the other spheres are not European. "

Question: Who drove someone into a trap?

This is how they did it technically, I did not find a better video for this short note, it is perfect:

Thus two hares are killed. European norms and interpretations of the protection of children's personality, one way or another, enter our lives. Then, they will open new chapters in children's law. And the gap that was formed as a result of the elimination of the national instrument “Nastya the Killer was released, guard!” Fills in the future a mixture of Anglo-Saxon law, they say, everything should work like a Swiss watch: the judiciary, the police, the prosecutor’s office in the Western style. Good? After all, there will be no need then to bang your head against the wall in the media, that a crime has occurred, and the Ministry of Internal Affairs pulls it down and slows down! It will be respect for the Law as in the West, then the Dictatorship of the Law as in the West. Hello, Mr. Policeman! Does this Anglo-Saxon cross protect children, our culture and space? Returning sadly, again to this topic: Dictatorship - it is always badWhere the liberal dictatorship protects only the ever-changing trend, and in no way conservative and basic human values.

We are again being pushed to the liberal door ...