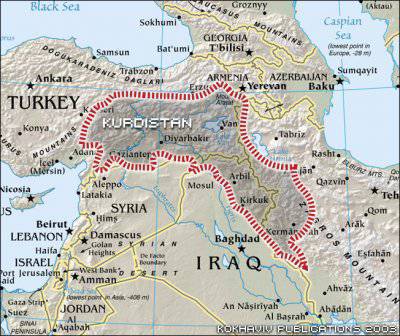 It would seem that they have in common. They have never historically intersected - neither kinship, nor wars between them, nor significant trade. Yet there are direct analogies in their destinies.


Poland was not a hundred years ago, but the Polish people were. It was divided between the powers that be, and they had no chance of creating their own state. There were dreams, there was a hymn, there were maps “from mozh to mozh”, but there was no country, and it could not be, if three monarchies had not collapsed as a result of bloody events known as the Great War or the First World War. Poland appeared - the state is aggressive and ambitious.

But the music did not last long, and twenty years after the independence they had so long awaited, they again fell under "external control." Initially, there was Hitler Germany, which carried out a real genocide. Do not release them to the USSR, now the term "Poland" would be known only to historians. After the Nazis, the Poles fell under the tight control of Soviet Russia.

Of course, only those who evaded psychiatric treatment of the individual, for some reason, seized power in the Baltic States and other countries suffering from an inferiority complex, can compare the two regimes, but Echo Washington’s figures, but for several decades the main decisions were not made in Warsaw, and in Moscow. Now the Poles also decide little in their own country, although they are trying to behave "as big." Under the smiles, friendly hugs and talk about a united Europe, the same thing happens - everything is decided by Berlin and Brussels, behind which looms the US (This is, of course, a matter of taste, but it’s better for me to deal with an amateur kissing Leonid Brezhnev than frank sodomite Guido Westerwelle ).

It turns out that Poland gets real independence only when its neighbors, for some reason, temporarily weaken. She immediately remembers all her ambition, her greatness, and tries to grab more than she can swallow.

Recall Pilsudski, taking advantage of the Civil War 1917-1922 g (not the first time the Poles are trying to profit from us during the troubles), was not content with ethnically Polish lands, but decided to recreate the state "from weed to wegee". Later, when Hitler occupied Czechoslovakia, Poland, right there, “snatched” itself and the Teshen region (Teshensky Silesia). For his love of attacking opponents in a helpless state, British Prime Minister Winston Churchill wittily compared Poland to hyena. Even the Poles did not allow the Germans to build a road to East Prussia (ay, Lithuania, do you have any analogies?), Yulila, did not agree to an anti-Hitler alliance with the USSR. In the end, she got what she got: two “giants before biting, tired of this“ third center of power ”and they eliminated it. Then, already before the liberation of Warsaw, the “government in exile” wanted to arrange a tricky combination, but in the end received a large number of victims among the deceived patriots.

Now Poland is also trying to play on the contradictions of the “senior comrades”. Its Eastern partnership, the “hilling” of Ukraine and Lithuania, the toothless attempts to draw Belarus into the orbit of influence — all this has already bothered its neighbors. As I wrote earlier in the article “The exact date of the new world war is unknown,” sooner or later the United States will go overseas, then it will be very uncomfortable for the Poles.

Kurdish settlement area resembles spilled ink. Turkey, Iraq, Iran are very heavily flooded, Syria is hurt, there are “splashes” in Armenia and Azerbaijan. In my article “What they need from Syria,” I suggested that behind the recent events in the Middle East, the ears of orthodox Israel stick out, to which you give Judea “from the Nile to the Euphrates.”

Look at the map: none of the regional players need “big Israel”, except ... the Kurds. Syria, Turkey, Iraq, Iran are the natural competitors of the Jews and the oppressors of the Kurds. Even an extended Judea does not claim to Kurdish lands. "The enemy of my enemy is my friend" - this aphorism is invented in the East, and it fits the situation perfectly well.

Recall that international bankers profited from the First World War; at its end, they created such structures as the State Bank of England or the Federal Reserve System. They were also interested in the collapse of the Russian, German and Austro-Hungarian empires with the formation of national states, including Poland. And they are “of one blood and faith” with lovers of “big Israel.”

Recall that in 1915 the Kurds also participated in the massacre of Armenians and Greeks, they were also beneficiaries of this act, having settled a significant part of the liberated land. Those. historical they have experience of “mutual development of the liberated territories”.

It may be objected that now the Kurds in Syria are fighting on the same side with the government. Yes it is. But this is primarily the merit of Assad, the result of his ingenious combination, as a result of which the local Kurds, who hate the Turks, cover the north of the country. But what will happen when order is brought in Syria? Assad will restore sovereignty over Kurdish areas, and they obviously will not be delighted with this.

In all other countries with a compact Kurdish population, they play a clearly destructive role. In the north of a dilapidated Iraq, they received the broadest autonomy (not in playing up to the Jews the reason for the invasion of this country?), In Turkey there is a sluggish conflict with the authorities. If my thoughts are correct, they can pass Ankara at any time.

The Kurds are not heard only in Iran, but this can be explained by a relatively small percentage of the Kurdish population in the country or the informational opacity of the IRI. But never mind, another interethnic fault has been prepared for the Persians - Azerbaijani. It is not because of Karabakh that Israel is vigorously courting, arming Baku, all this talk about renaming the country into Northern Azerbaijan, anti-Iranian hysteria in the local press — these are all links of one chain, Israeli.

The process of the collapse of the Empires in the First World War and the subsequent events in Poland and around it were very bloody and cruel. Is this the same thing that begins before our eyes in the Middle East?