"Great work" of Germany in the Balkans 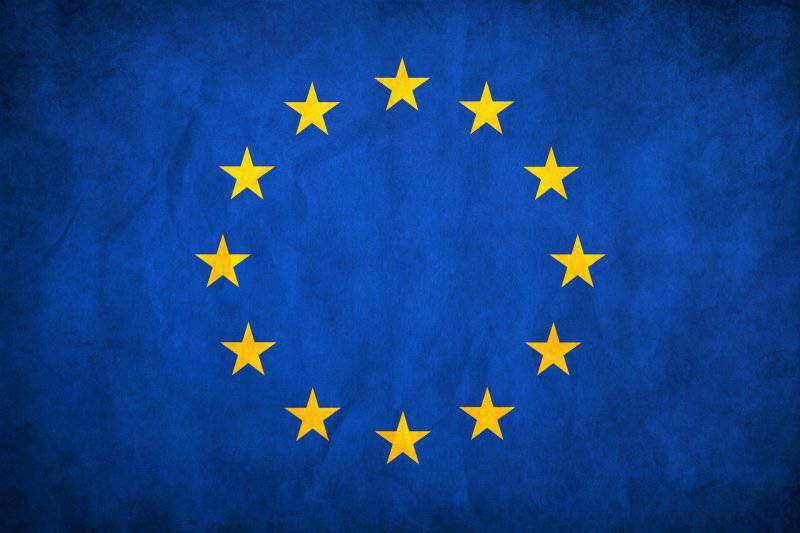 German representatives have long ceased to refute the allegations that Germany and the European Union as a whole do not demand recognition of Kosovo’s independence. On the contrary, since the 2011 year of the refusal of the Serbs from the north of the province and the recognition of Kosovo, they demand unceasingly and extremely aggressively. 15 March 2013 was once again declared by the Chairman of the Bundestag Committee on Foreign Affairs, Ruprecht Polenz (CDU). He emphasized that “if, as a result, Serbia does not recognize the independence of Kosovo, it will not become a member of the EU”. As for the rest of the Western Balkans, the German politician warned: "... all countries can become members of the EU if they fulfill all the conditions" (1). Actually, nothing more is needed - just follow the conditions dictated by Berlin and Brussels.


Western diplomats in the most disgusting way demonstrate a cynical-contempt for Serbia, which they themselves were almost destroyed in 1999 and subsequent years. Here is the last example. 2 March 2013 US Ambassador to Serbia Michael Kirby, speaking at the invitation of Serbian Deputy Prime Minister and Defense Minister Alexander Vucic at the Faculty of Law of Belgrade University, gave a public lecture on questions from the audience. Some students asked a question about the United States’s previous assessment of the activities of the Kosovo Liberation Army (KLA) as a terrorist organization. The ambassador first became confused, and then suddenly announced that "from the point of view of the United States, people who are now in power in Serbia also engaged in terrorism." After these words, it remained unclear whether it was blackmail that went beyond the permissible norms of behavior of a foreign diplomat, or a demonstration of the traditionally dismissive attitude of Americans towards Serbia, which they had once bombed? Ambassador Kirby also explained that “Serbia should look to the future, not to the past, it needs to solve problems of the economy, unemployment, corruption, and not Kosovo”. He had the courage, or rather the audacity to say that the 78-day bombing of Serbia, which killed thousands of people and economically threw the country to the level of the beginning of the twentieth century, was “the right decision” for which he “does not intend to apologize” and about which does not regret. " But when answering a question from a student about a possible Texas separation, Kirby exploded with indignation: “Texas is a completely different thing, it needs to be understood from the very beginning. Texas is a southern American region, not a southern Serbian region, and there can be no talk about secession, such a question is ugly and more ridiculous than offensive ”(2).

The words of the US representative, as well as the affairs of the country he represents, speak for themselves. To support the young NATO jihad state, the US Congress in 2012 allocated $ 67,45 million for the Republic of Kosovo, $ 2013 million for 57,669. A significant part of these funds is intended for the “integration” of the Serb minority to the Kosovo Society and Government (3). So the US has consistently brought to the end its "business in the Balkans."

Now the details of the diplomatic “big work” with the participation of another, second in the Western world by geopolitical weight, a supporter of the Kosovo drug-state - Germany - are becoming known.

It is about empowering / not allowing the unification of the Serbian communities of authority within the framework of an independent Kosovo. President T. Nikolic, in particular, stresses: “The Serbian association in Kosovo should adopt statutes, regulations, decisions and regulations based on laws adopted by the Kosovo Assembly” and recalls that “in this Assembly, laws relating to the Serbian community should be adopted by such so that representatives of the Serb community for the most part voted for these laws ”(4).

11 March became known as the “Working Version of the Serbian and Kosovo Framework Agreement”, developed by the Konrad Adenauer Foundation. This document was handed over in January to “the person of special trust of Angela Merkel,” who holds the post of special adviser to the foreign policy and security chancellor, Christoph Heusgen. In February, Mr. X. Hexgen handed 2013 a document to the vice-premier of the Serbian government A. Vucic during the latter’s visit to Berlin. The working version includes such items as the development by both sides of good-neighborly relations based on the principle of non-interference in internal affairs and bilateral respect for territorial integrity; agreement that their membership in the UN and other international organizations will not imply international legal confirmation; the obligation to fully apply the treaties reached under the auspices of the EU; neither side can represent the other in the international arena or act on its behalf, and their authority only applies to their own territory (5). This is much more than what is required from Serbia in negotiations with Pristina under the auspices of the EU. German diplomacy insists: only the fulfillment of the conditions of Angela Merkel's office will open the way for Europe to Serbia ...

After 13 years after the end of the military aggression against Yugoslavia, which initiated the "Kosovo independence" and 5 years after the independence of the "Republic of Kosovo" was declared, this neoplasm on the body of Europe failed to build a viable economic and political system. Despite all the help from the West (officially 5 billion euros), Kosovo remains the most undeveloped part of the European continent, but with a superbly developed criminal structure. Part of the “Kosovars” flee Kosovo, dreaming of living “in a normal country”, another part calls on Germany to reanimate the plan for financing reforms in Albania, proposed by 1992 and rejected by Paris, transferring it to the entire Balkan region: region, withdraw international organizations and let Germany do its job ”(6).

Ctrl Enter
Noticed a mistake Highlight text and press. Ctrl + Enter
We are
Time to declare war on world governmentOleg Valetsky about the wars in the Balkans, their causes and Russian volunteers
23 comments
Information
Dear reader, to leave comments on the publication, you must to register.