US Special Forces will practice on the Russians 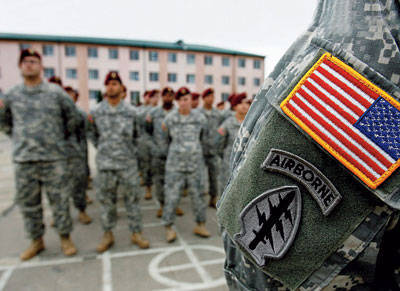 Next year, joint exercises of the special forces of the NATO countries, primarily the United States and Russian special forces, are planned in Russia. They will be held as part of the Partnership for Peace program and the supplementary agreements to it, ratified in 2007 by the State Duma of Russia. The parties can agree on this already during the NATO summit in Lisbon, which will be held on November 20.

A preliminary agreement on joint exercises was reached at a meeting of NATO Supreme Commander Admiral James Stavridis in Europe with Russian Defense Minister A. Serdyukov and Chief of the General Staff N. Makarov. The Ministry of Defense officially refused to comment on the possibility of such exercises. Noting only that "our peacekeeping forces are ready to carry out any task."

At the same time, a source in the military department said that “no peacekeepers are talking about. Americans are interested in the system of comprehensive training of our mountain brigades. But it falls under the category of state secrets. ” The officer explained that the 33-I mountain brigade (Botlikh, Dagestan) and the 34-I (n. Zelenchukskaya, Karachay-Cherkessia) are meant.

According to the source, the plan of joint exercises has already been worked out. It is designed for about a week of enhanced training. “The American“ colleagues ”are especially interested in our possibilities of hidden penetration into artificial objects located at a height from 2 to 4 thousands of meters,” he stressed.

Answering the question of "AN", a source in the military department noted that "such training is not practiced in the US Army. And before coming to Afghanistan, they did not have to deal with such special operations. ” Also, according to the officer, "only those who created these objects have the keys to such objects."

Recall that both mountain teams were created by personal order of V. Putin in the 2007 year. Instructors searched throughout Russia and neighboring countries. In the USSR, there was the only mountain brigade with a place of deployment in Kyrgyzstan, which trained combat personnel exclusively for operations within the limited contingent of Soviet troops in Afghanistan.