January 4 2013
13
On the web resource gspo.ru, the participant under the nickname Andrey1976 posted interesting photographs of an experimental sample of the “695 Object” developed by the Kurgan OJSC “Special Design Bureau of Mechanical Engineering” (SKBM). This machine was developed in 1990-ies as a "unified chassis" (including for an infantry fighting vehicle), representing a reworking of the design of the BMP-3 with a change in the layout and use of the UTD-32KF diesel engine and the new transmission . The machine has a stern placement of the engine compartment. This prototype of the “Object 695” was built in the SKBM on the basis of a rework of the BMP-3 chassis around the year 1999. As a result, the topic was not developed, being a kind of "side branch" in relation to the work carried out by the SKBM on the promising BMP in the Kurganets ROC. 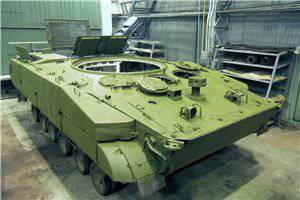 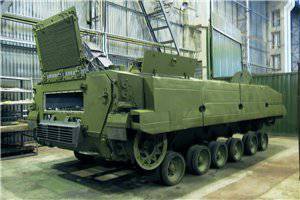