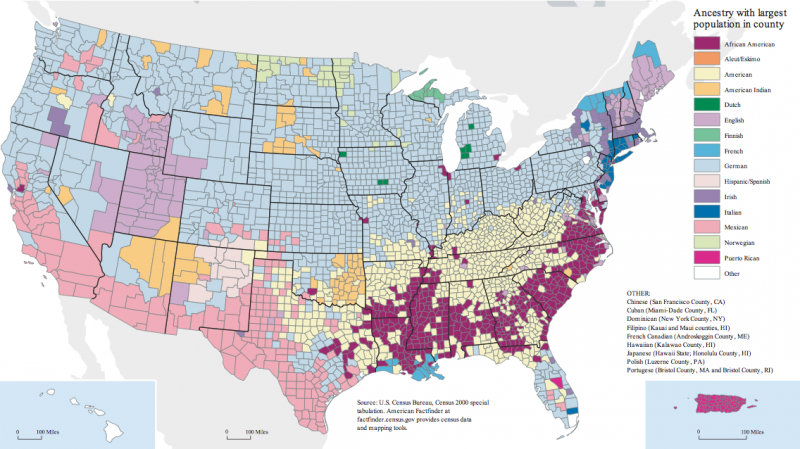 According to opinion polls, over 70% of Americans consider the US government system ineffective. At the same time, approximately every fifth is ready to support the separatists in his state, advocating the transformation of states dissatisfied with Washington, primarily southern, into separate states.

The dynamics of what is happening after the election of Barack Obama for a second term as president makes it possible to conclude that there is the most acute domestic political crisis in America since the civil war 1861-1865 ... Interestingly, 2013 will mark exactly 150 years from the time when The wars Russia and its fleet saved the integrity of the North American United States, which then had as big a problem with the separatists as it is today. Since England and France intended to support the separatist speeches, the Russian emperor Alexander II, at the request of President Lincoln, sent a military squadron of Admiral S. Lysovsky to the shores of America. This cooled the fervor of England and other powers that had intended, having landed troops in 1863 in Mexico, to ensure the victory of the southerners and, in fact, dismember the United States, annexing a number of southern states to Mexico, and the northern states to British Canada. The Russian sailors in the harbors of the Hudson and San Francisco met with these plans as heroes, with flowers and hugs, literally carried in their arms ...

Even more interesting is that the problems and then the civil war in the United States also began after the election of the president (Lincoln), due to the dissatisfaction of the southern states that are now leading in the list of those who submitted petitions for separation from the United States.

Texas today is considered the main stronghold of American separatism. In its time, after a multi-month war of independence with Mexico, it became a separate state - the Republic of Texas, which retained sovereignty from 1836 to 1845. Since the confrontation with a neighbor took too many resources, against the will of the majority of citizens of the Texas Republic, its authorities asked for a protectorate of Washington. With an important condition: Texans have the right to withdraw from the United States at any time. Therefore, now Texas is the only one of the US states that has the right to hold a referendum on the issue of secession, and also has the right to raise its Texas flag to the same level as the state. Today, roughly 25% of state residents are in favor of an immediate declaration of independence for Texas. About 35% believe that the state has the right to secession. "The staff of a lone star" is very rich in oil. This is the second state in the United States by territory, population (over 23 million) and economic well-being (over the past three years, about 40% of new jobs in the US have been created here). Believing that they are feeding, dressing and arming the rest of America, Texans have demonstrated their willingness to give up the federal budget money even at the most critical moment of the April 2009 financial crisis of the year. And the governor of the state of James Perry bluntly announced the possibility of secession from the United States.

California is the richest and largest state in America, whose authorities are capable of pursuing an independent foreign policy and already have an intergovernmental agreement with another state, signed a few years ago by Governor A. Schwarzenegger and then-British Prime Minister T. Blair. Many of the residents of the state believe that they are being forced to pay the federal treasury "too much" and therefore support the "California Separatist Party" and numerous media campaigns campaigning for California independence. In July, 2011, the media reported that the 13 districts of California (with a total population of 13 million) are considering the possibility of creating a new state - Southern California.

South Carolina, which continues its policy of independence from Washington, has already offered to introduce its money through the mouth of Republican Senator Lee Bright. Similar initiatives are being made by the legislators of Virginia, Georgia, Missouri, Idaho, and Minnesota. A few more states require the use of gold and silver as a settlement tool. This project is quite real, because under US law, states have the right to use their currency. Even the leadership of New York periodically comes up with the idea of ​​turning this center of business and political life of the United States into a Free City. For the first time the idea was announced on the eve of the civil war by the mayor of Fernando Wood. The latest initiative at the moment was sounded in 2006 from the words of city council member Peter Vallone and was supported by almost half of the city council members.

Residents of 4,5-millionth Louisiana in November of this year appealed to B. Obama with a request to declare the independence of their state and the formation of their own government. In Michigan, divided into two parts by a lake, the population of the northern part, identifying itself as Finns and numbering about 70%, periodically advocates secession and proclamation of the independent Republic of Upper Michigan. Supporters of sovereignty planned to hold a corresponding referendum on this issue as early as the 1960-s. In Utah, the most religious state of the United States, 70% of the population of which are Mormon sectarians who fanatically supported their co-religionist M. Romney in the last presidential election are not averse to proclaiming the first state in the world based on their faith.

In Maine, the most French-speaking of the states, the Freedom to Maine movement is active, supported by influential officials and approximately 20% of the population. In Vermont, the former sovereign state from 1777 to 1791, a growing number of supporters of the independence of the Second Vermont Republic (Second Vermont Republic). Lieutenant Governor of Vermont directly proposes the creation of an independent republic. This idea is already supported by 13% Vermontans who identify with Indians on independence issues. In Alaska, which for a long time belonged to Russia, the Alaskan Independence Party (The Alaskan Independence Party) operates, demanding greater independence from the center and supported by more than 4% of the population. In Hawaii, opened by a Russian expedition, there are a number of structures that gradually consolidate as part of the Hawaiian Independence Movement, which arose immediately after the overthrow of the Queen in 1893 and the establishment of a puppet Hawaiian republic by the Americans.

In New Jersey, based on the largest diaspora, the emergence of the state of New Italy is planned. In New Hampshire, the idea of ​​creating the New Hampshire Republic, already announced by the local vice-governor, is gaining popularity. Similar ideas are gaining popularity in Florida, which is actively being mastered by Cubans, as well as Mississippi, Alabama ... The only state where the separatists are not yet particularly active is Puerto Rico. The fact is that it is substantially subsidized from the US budget and has the status of a freely associated state, where the American constitution is applied only restrictively.

American military analyst Thomas Chittum back in 1996, in his book Civil War Two: The Coming Breakup of America (in the Russian version of the collapse of the United States. The Second Civil War 2020), predicted the disintegration of the US into three parts - white North, black South and the Spanish-speaking Southwest with the inevitably accompanying this new civil war. There is every reason for such pessimism, since In addition to “local”, American separatism also has a regional contour. These are, for example, the Republic of Cascadia (Republic of Cascadia) projects, which include the territory of the northwestern United States and British Colombia, the Republic of New Africa (Republic of New Africa), which includes territories of several southern states and intends to exist after the recognition of independence from the United States the damage from racism, New Mexico, which claims (with the support of the “old” Mexico, which does not particularly conceal its support for numerous Latin American separatists) in the territory west of the Mississippi and the land of at least four states.

For several years now, separatists have been holding entire regional congresses in the USA. The Los Angeles Times in October 2008 wrote about two such conventions - in Burlington (Vermont, 2006) and Chattanooga (Tennessee, 2007). The participants were organizations fighting for the independence of the Republic of Cascadia, California, the United Republic of Texas, the League of the South and the Second Vermont Republic. At the third congress, held in November 2008, in Manchester, a new regional project was actively promoted - the Novacadia Alliance (Novacadia Alliance), including New Hampshire, Vermont, Maine and Canadian New Branswick, Prince Edward Island and New Scotland.

Thanks to such events, even the Indians who exist on reservations increasingly remember who the real masters of America really are. In December, 2007, the Lakota Indians made a real sensation, declaring the termination of all contracts concluded by their ancestors with the US government. A little later, the famous historian and political scientist Stephen Cohen, a former adviser to President Bush D. Sr. during the collapse of the USSR, declared:

“The Indians who wanted to secede from the United States are only the first turn of separatism, but not the last ... The preconditions for the collapse of the state have been accumulating for decades. This is the dollar, which has become an international means of payment, but not supported by either gold or other values ​​- nothing but military power. These are the exorbitant costs of armaments, the wars in Iraq and Afghanistan, which set the Islamic world against us, and an aggressive foreign policy. I give America five years, after which, I am sure, disintegration awaits her. ”

In the 2013 year, that is, in a few days, this statement of the American historian Stephen Cohen will be five years old ...