December 12 2012
124
The main cosmodrome used by Russia to launch various spacecraft into orbit, including manned spacecraft, in the last few days has been the object of very interesting events. Some civil servants in Kazakhstan and Russia got involved in an absentee “altercation” concerning the further fate of the Baikonur cosmodrome and the nearby city of the same name. Despite the existing agreement on the lease of the city and the cosmodrome before 2050, the leadership of Kazcosmos began to express incomprehensible and ambiguous thoughts. 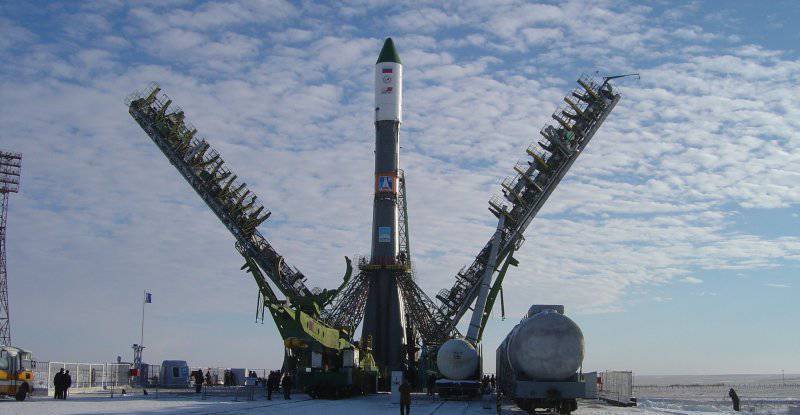 The other day, the head of the Kazakh space agency, Talgat Musabayev, spoke about the ongoing negotiations on the gradual withdrawal from the contract concluded almost twenty years ago. This agreement should be replaced by a new one, taking into account the modern situation and the wishes of the parties. Musabayev expressed a desire to terminate the lease of the city of Baikonur and to return it under the jurisdiction of Kazakhstan. At the same time, the head of Kazkosmos stressed that all desired actions would not be carried out immediately, but gradually. The first stage of such a transfer may be a change in the status of the city of Baikonur, as well as the transfer of the Zenit launch complex. The transfer of this part of the Baikonur cosmodrome to Kazakhstan, according to Musabayev, will lead the country to a completely new level. After changing the ownership of the city and several launch sites, it is possible to continue such procedures, but with the other objects of the Baikonur cosmodrome. However, Musabayev did not specify even the approximate time frame during which all sites, complexes and other objects can be transferred.

Quite quickly, Russian officials responded to statements by the head of Kazkosmos. It is worth noting that there have not been official statements yet, but Kommersant has already quoted the words of a certain source close to the Russian-Kazakh intergovernmental commission dealing with issues of the Baikonur cosmodrome. This source notes that such problems relating to the transfer of a city or any cosmodrome complexes are solved at the level of heads of state, and not the leadership of space agencies. As for the talks on the future fate of the leased cosmodrome, they are really being conducted. Only about any full transfer of Kazakhstan speech on them does not go. The source of Kommersant emphasizes that all the talk about the transfer of the city and the cosmodrome of the same name is nothing more than personal understanding of the ongoing negotiations by Musabayev. The source also expressed a rather interesting opinion on the “nature” of the statements of the head of Kazcosmos. The Kazakh Space Agency is not experiencing the best of times and Musabaev’s current remarks, being made public before the lower house of parliament, may be designed to show the organization’s lack of guilt in the current troubles. One way or another, one of the conditions of international negotiations is the absence of any radical proposals.

The situation was slightly clarified by the press service of the Kazakh space agency. She declares the absence of any claims to the Russian side. As it turned out, Musabayev meant only negotiations on the Zenit launch complex. At the same time, the press service also cannot give an approximate timeline for the completion of consultations and the possible transfer of the launch pad. As for the goals of the transfer of Zenit complexes, Kazkosmos most likely continues to prepare for the organization of the new Russian-Kazakh Baiterek cosmodrome. Previously, it was repeatedly proposed by joint efforts to create a new launch complex for Angara missiles. However, negotiations on this are stalled: countries can not agree on how to finance the project. In addition, not so long ago, top-level Kazakh officials mentioned the possibility of abandoning the "Angara" and operating older Zenits on Baiterek. Thus, Kazkosmos seems to be trying to save money on the construction of new launch systems for Angara missiles, even at the cost of using older launch vehicles.

Regardless of Kazakhstan’s plans for the Zenit launch complex, T. Musabaeva’s statements have already become widespread and have become a subject of controversy. For example, a number of experts are already trying to make predictions about the future of Zenit complexes, and even the entire Baikonur, if they are handed over to the Kazakh side. These predictions primarily mention the probable issue of personnel. If the Kazakh side assumes all the maintenance of the cosmodrome, then Russian specialists can start leaving Baikonur, which would entail many unpleasant consequences. Even the Kazakhs themselves admit their inability to fully and effectively maintain the spaceport. The main reason for this is finance. Now Russia spends about five billion rubles a year on Baikonur. Three and a half go to pay for the rent, and the rest of the money goes to the direct operation of the cosmodrome facilities. It is unlikely that Kazakhstan will be able in the near future to find in its budget a sufficient amount of finances for self-sustaining the operation of the systems. In addition, the Kazakh space industry is not yet able to independently engage in the construction of rockets, which is why the “one-man” possession of a large cosmodrome looks at least questionable.

Meanwhile, Russia continues to increase its spending on the space program. In the coming years, about 500 billion rubles will be spent on the construction of the Vostochny cosmodrome in the Amur region. According to current plans, the first Vostochny launch pad will be able to go into operation as early as 2025. In another five years, it is planned to complete the construction of all the main facilities of the new cosmodrome. It is noteworthy that from the very beginning of the work on the design of the Vostochny cosmodrome, from time to time opinions began to sound about its inconvenience and loss in comparison with Baikonur. Naturally, in this rhetoric, Kazakh officials also noted. We have to admit, because of its more northern location, the cosmodrome in the Amur Region is indeed inferior in some respects to Baikonur located in Kazakhstan. At the same time, Vostochny is located on Russian territory, which will reliably protect it from various obscure statements of the heads of foreign space agencies.

Most likely, the current events around Baikonur will culminate in the creation and signing of a new agreement that “closes” the issues and complaints of the parties. The new Baiterek cosmodrome remains questionable at the same time: the lack of a common opinion on financing issues can put an end to this project. As for the fate of Baikonur itself, then with the advent of a competitor in the form of the Eastern Cosmodrome, it can undergo serious changes. For example, under the current conditions of renting Baikonur, or when switching to a rental system for a specific launch complex for each launch, Vostochniy can become the main Russian cosmodrome, and facilities on the Kazakh territory will be used only in some cases. In such circumstances, Baikonur can gradually be out of service and become, for example, an open-air museum. Only for such ways of development of the cosmodrome a clear plan and readiness to invest a large amount of money is required. Meanwhile, Kazakhstan, in the meantime, has several years to determine its needs and desires, as well as to estimate the losses from the complete transition of Russian cosmonautics to the East and to draw the appropriate conclusions.