As a policeman from Kolyma, the Ukrainian drug lords won 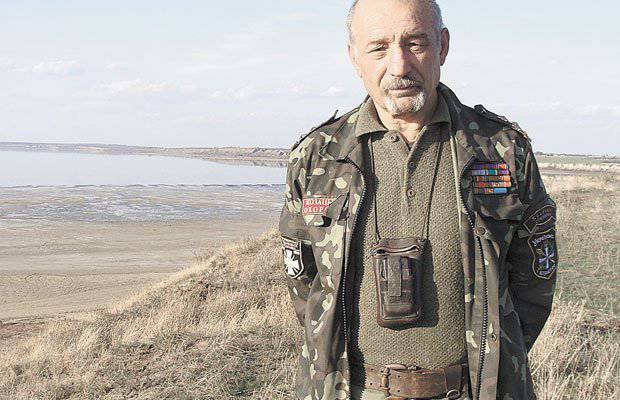 What can be done with drug trafficking in a single village?
“My war began when domestic goats began returning with stuck syringes,” says Victor Kaminsky. But thanks to the Russian pensioner, in one Odessa village they managed to defeat a narcotic evil.

... Nobody wants to take me to Korsuntsy, Odessa suburb. “What are these Korsuntsy?” But if I say “Palermo”, taxi drivers vying offer services. A small village in the early 90-X was called in honor of the city of the Sicilian Mafia, and his original name for years to come Odessans forgotten. And for good reason.

The human river flowed from all over into this tiny village, where every gypsy hut was selling drugs. 36 hangouts! Corpses - who died of an overdose or poor "Shirky" - lay in the streets, their pecking crows and dogs are tormented. One or two, often unidentified, bodies were taken out of Palermo every day. Along the streets in a familiar pose squatting caught a dose of happiness lift up people. One day, a whole car flew into the local river Rates - and on the faces of drowned people who did not even notice death, blissful smiles of a heroin buzz were playing. 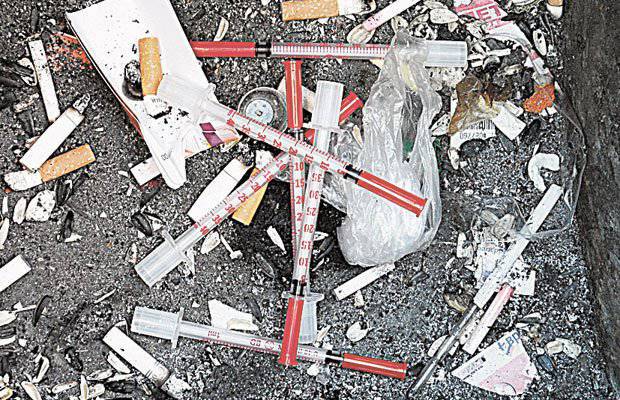 “The whole earth was strewn with bloodied syringes, which the nahriks, pricked, threw right there, - and they fell into the neighboring yards, where children played, the little ones could accidentally stab,” recalls Victor Kaminsky. - The entire gentle slope of my house was littered with high-lying bodies: children, ranging from 13 years, old people who barely turned 25, girls - on smelly mattresses or just on the grass - they swam into their nirvana. Prick, wherever they could - from the legs and ending with the genitals. If I hadn’t seen it myself, I didn’t believe it: the boy was still clapping himself on the leg and begging for a wreath to tears: “Well, show yourself, show yourself!” For doses, someone drove up in posh cars, and someone crawled on all fours. Once I saw two people dragging a buffet on their backs - there was no money, they decided to change the dose. Here every Gypsy were 3-4 slave - injected themselves and cut customers brewed concoction and dead like a dog ...

So, once I sat down at one Gypsy point and started putting aside a match for everyone who came for a dose - I spent several boxes, the 180 man turned out! It had to stop. And when our goats began to come home with stuck syringes, I said: basta!

"Son put on the needle"

He often used to say this word - a retired lieutenant colonel, a former policeman from Kolyma. “I used to follow the trail of runaway criminals through the taiga, I found it - and, you know, I didn’t always give it back: I took my measures”. In 1991, he retired and came with his wife to Korsuntsy. Irremovable khaki uniform, Cossack cap and tube-cradle, the old hard drive to the wall ... Hands demanding business - not used to sit just so. And in Palermo there was something to do. Victor Kaminsky unleashed a victorious war against the Odessa drug mafia.

- At first I was anger that nobody do not need anything, but then I lifted up my lads, Cossacks, came right people to the police station - and began to spin. We beat out a support point from the authorities - we remade it from a closed rural club. There, they were on duty day and night, taking calls, the 30 cell was sometimes full of people. They made lists of points and simply did not allow drug addicts to the houses where they were selling.

Blocked cars entrance. They were not allowed to be pricked: they beat syringes with them, took the brew cans, which they poured and set on fire with them. They beat windows and punctured the tires to taxi drivers who drove junkies in batches. The boys lived in ambushes - with night vision devices. They walked armed with rubber batons. And threatened us: Sergey Gutselyuku car burned, throwing Molotov cocktails, my younger son had promised to put on a needle ...

Do you want the truth? - continues the lieutenant colonel in resignation. - I regretted that it was impossible to apply a whip ... We also had the methods of the Gestapo, on the verge of the law, and maybe even beyond its limits, but neither I, nor anyone will tell you - otherwise they will close me, and I’m old I do not need a separate camera. They took harsh measures here, but did not kill anyone, did not cripple anyone. Yes, I have something to pinch, but the main thing is that we expelled this creature, and you can do the same thing everywhere. Unless, like us, will combine the normal people with normal police, to fall on the whole world.

Now in Palermo there is only one point where they sell drugs: “But nothing can be done with it - there are too many small children in the courtyard ...” The rest of the boarded up gypsy huts are looking through the blinded windows. If a drug addict appears on the streets of Korsuntsev, then from the recently released from the zone, who still do not know about the end of Palermo, he wanders through the old memory of a familiar drug trail.

“Yes, maybe some of those who died on these streets died because we didn’t give them a shot, and maybe I’ll burn for it in the damn griddle in hell, but what is this - a murder?” Who knows ... I have my own methods. The fact that they give out for kindness and humanity - in fact, foul indifference. They breed lawlessness.