Historian: Third World War II is being waged against Belarus and Russia 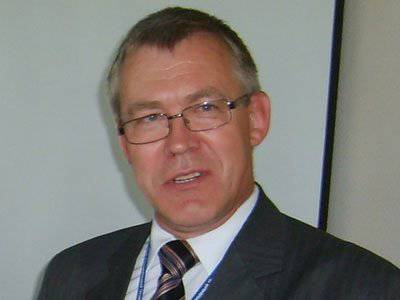 The conference was opened by the director of the MITSO University, Doctor of Historical Sciences, Professor Venyamin Kosmach. Victor Malashenko, Counselor of the Russian Embassy in Belarus, Head of the Representative Office of Rossotrudnichestvo in Belarus, Vice-Rector for International and Interregional Relations of the International Institute of Management named after the Holy Righteous Fyodor Ushakov from Archangelsk, Arkhangelsk historian of the Vitebsk Diocesan Administration Victor Atapin, sympathized and accompanied by the Vice-President of the Russian Federation addressed the participants of the conference. conference - Chairman of the Board of the Vitebsk "Russian Cultural Center" Rus "Igor Potapov.

“It should be noted that a characteristic feature of the last conference was a worthy rebuff to provocative attempts by some historians of Belarus to deprive the Belarusian people of the right to consider the war against the French invaders as a Patriotic War,” Igor Potapov told a REGNUM correspondent.

Speaking at the conference, the historian of the Vitebsk Diocesan Administration Viktor Atapin drew attention to the distribution of publications in Belarus, which state that not only the Patriotic War 1812 of the year, but also the Great Patriotic War are not for the Belarusians Domestic. This fact, according to the historian, speaks of the ongoing information war - the “Third Patriotic War”. Her goal, according to Atapin, is to "destroy, first in the memory of new generations, and then physically our Fatherland."

"One of the objectives of the conference was to uphold the historical truth against the next attempts not only to slander, but, ultimately, destroy the heroic history of our people," Potapov emphasized.

The topic of the statement of the historical truth about the domestic character of the 1812 war of the year was devoted to the reports and speeches of M.P. Sobolev, "Fatherland as a given and unshakable value of the Russian people", V.I. Karavkina "Patriotism as a factor of national identity in the national war of 1812," M.A. Chikindin, "Was the war of 1812 year domestic?", E.A. Andreeva "War of 1812 on Belarus: Domestic or civil," etc.

Participants of the event gave a high assessment to the large and informative report of the Director of MITSO, Doctor of Historical Sciences, Professor Venyamin Kosmach. The scientist analyzed a large amount of sources of the XIX, XX and early XXI centuries, gave a detailed description of the causes and significance of the World War 1812 of the year. Kosmach made an unequivocal conclusion: the events of 1812 of the year, both for the whole Russian Empire and in its western provinces - including the territory of the modern Republic of Belarus should be assessed precisely as the “Patriotic War of the Year 1812”.

“Napoleon in 1812 went to a foreign country as a conqueror, as an aggressor counting only on the force of the bayonet,” Kosmach said in his speech. “Each of the parties began the war with a kind of manifesto - addressing the army. What could Napoleon say? He could give an explanation of the war he had begun? He had nothing to say, and he resorted to almost mystical formulas: “Fate entails Russia; her destinies must be accomplished. "Is it not remarkable that Tsar Alexander I - the autocrat, the unlimited lord of the serfs' empire - countered with the words:“ Warriors! You defend the faith, fatherland, freedom! "

"The huge army of Napoleon, unprecedented on the scale of that time, invading the country far from her, was an army of violence, aggression and enslavement. She was advancing like a black, terrible cloud, ready to incinerate everything, to destroy everything. The people who rose to defend their land and the face of his army, and in the face of the peasants, who burned their huts and poor goods, so that the enemy would not get anything, and go to the partisans, and the warlords, who would lead a difficult defense against the superior forces of the conquerors - for all, for all of Russia this war la fair, folk, truly Patriotic War ", - Kosmac said.

As REGNUM news agency reported, speaking at the international scientific conference “War of 23 of the Year and Belarus” held on November 10 in Minsk, a number of historians from Belarus, Russia and Poland said that World War 1812 is not for the Belarusians. Prior to that, the term “Patriotic War of 1812 of the Year” was removed from the official historiography, and the meaning of the 1812 jubilee in every way was humiliated. It was only at the end of November that the authorities of Belarus independently organized a conference at the Belarusian State University, and with the participation of the French embassy held events in the area of ​​the crossing of Napoleon I's troops through Berezina. At the same time, representatives of the official Minsk pointedly ignored the term "World War 200 of the Year", preferring the "War 1812 of the Year" and "the events of 1812 of the Year on Belarusian Lands".

It should be noted that on November 24, high-ranking Belarusian officials took part in ceremonial events with wreaths laid over the memorial sign to Napoleon’s soldiers and their military honors. According to representatives of the government of Belarus, Napoleon’s army soldiers came to Belarus against their will, and their memory deserves perpetuation. Commenting on the events of November 24, the Ambassador of Belarus to France (headed by the Ministry of Culture of Belarus until November 16) Pavel Latushko said: "These tragic events unite the Belarusians with France and the French people. It is symbolic to use this historical date to understand that we should build a single European house".