Once again about the western mythology of "human rights" 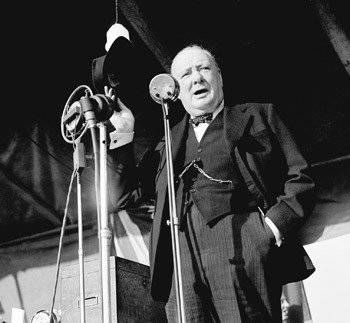 The confrontation between the West and Russia on the issue of “human rights” does not stop. This confrontation hampers the solution of many international problems, but the West here demonstrates violent stubbornness, not subject to any arguments. Even the abolition of the “Jackson-Vanik amendment” was connected by the American lawmakers with the adoption of the “Magnitsky law”, and now a new ideological offensive: Time, an American weekly magazine, included participants in the scary show “Pussy Riot” who were outraged in one of Moscow’s main Orthodox churches, the title of "Man of the Year", and Foreign Policy magazine identified these girls in the first hundred "world thinkers" 2012 of the year ...

Do not lag behind the Americans and the Germans. A week before the visit of Federal Chancellor Angela Merkel to Moscow in the Bundestag, a plenary session was held, at which, among other issues, German parliamentarians discussed the domestic political situation in Russia and Russian-German relations. Of the 17 points of the resolution adopted by the Bundestag, almost half belong to the “human rights issue” and unambiguously push the German government to interfere in the internal affairs of Russia.

So, the German parliamentarians demand from the Russian authorities: to speak from the standpoint of European values ​​in assessing the “overly harsh” sentence against members of the Pussy Riot group, as well as Taisiya Osipova; seek an investigation into the circumstances of the arrest of Vasily Aleksanyan; seek a thorough and transparent investigation into the circumstances of the death of Sergei Magnitsky; to ensure that representatives of the political opposition can contribute to the development of the modern representative party system; ensure that the Petersburg Dialogue Platform is used for the free exchange of views between civil societies and so on.

On the whole, Russia, its authorities and administrations are under united, coordinated, systematic pressure. And all this looks like a grand scam comparable in scale with the mythology of the “global fight against terrorism.”

The fact is that the definition of the concept “human rights” is absent in international law. It is not in the national legislation of any of the states. Differences in ideas about good and evil, about moral and immoral, about fair and unjust, inherent in different civilizations of the Earth (Chinese, Indian, Muslim, Orthodox and others), make the imaginary universal concept of "human rights" into an ideological myth used by the West in geopolitical purposes.

For the first time, the concept of “human rights” was introduced in 1945 in the UN Charter at the initiative of the United Kingdom, the United States and some other countries. At the same time, in 1945, racism flourished in the United States, and “white only” tablets were common, and the United Kingdom was the largest colonial power to practice the inhuman exploitation of many peoples. In the Bill of Rights, its author Thomas Jefferson wrote that "all people are by nature equally free and independent and have certain inherent rights ... to life and liberty and to acquire and own property and strive for happiness and security," but Jefferson kept the factory, where he used the labor of slaves-children.

The concept of “human rights” created in the United States is literally imbued with such a duplicity, rooted in Protestantism, nourished the religion of money and the “double morality” triumphing in America. Where the UN Charter speaks of “natural and inalienable human rights”, it is not the rights of all those living on Earth that are meant, but only those administrative structures developed by the ruling classes of Western Europe and the USA. The principle of cultural assimilation of peoples was originally laid down in the UN Charter, and behind the parade sign of the Declaration of Human Rights is the same installation of the Western enslaver: we will impose the culture of relations that we want, whether you like it or not.

The function of the myth of the supposedly universal “human rights” is the political assimilation of the conquered peoples based on the cultural values ​​of the winners. Therefore, the provisions on “human rights” were included in the constitutions of West Germany, Japan and Italy. The same began to be practiced in relation to Russia, defeated in the Cold War.

The Western concept of “human rights” distinguishes the type of human individual formed by West European development from a community of people like him, equal to God, and imposes this type as a universal model for all cultures and civilizations. In terms of international relations, “human rights” understood in this way turn into subjugation of peoples belonging to other culturalhistorical types, through conquest, colonization, cultural assimilation. The same expansionism is the driving force of globalization.

“Human rights” in this interpretation are not universal human values, but the ideology of the West, aimed at subjugating the rest of the world to the West. In the modern world situation, “human rights” have become not only a tool of political and cultural assimilation, but also became, in fact, legitimized in the UN Charter a pretext for military aggression. A good example is the war against Yugoslavia in 1999.

In the interpretation of the meanings of human existence that is free from Western myth-making, human rights are inseparable from his duties, and they are equal in relation to the rights of a collective protected by a particular cultural tradition of a community of people.

Human rights are not only the expression of a certain culture, but also a certain will. Churchill, one of the smartest haters of Russia in the West, once wrote: "As a result of its victories gained by it over fascist Germany, Soviet Russia became a mortal threat to the free world." Churchill demanded "to immediately create a new front against the rapid advance of the USSR." In 1946's Fulton speech, Churchill directly relied on the promotion of “human rights” as an integral part of the crusade of the West against “communism” (he spoke and wrote about “communism”, but always and only methyl in historical Russia). The followers of Churchill, though not distinguished by his mind, have achieved a lot. In 1990, the USSR government, using agreements on human rights to change the social system of the USSR, declared the Soviet state criminal (decree of the USSR President on the rehabilitation of victims of political repression of 30-50). This was quickly followed by the collapse of the USSR and the feverish “reorganization of life” in its expanses. The new stage of the ideological offensive against Russia along the line of “human rights” is an attempt to implement the plan for the ultimate destruction of that, two decades ago, it was not completely destroyed.