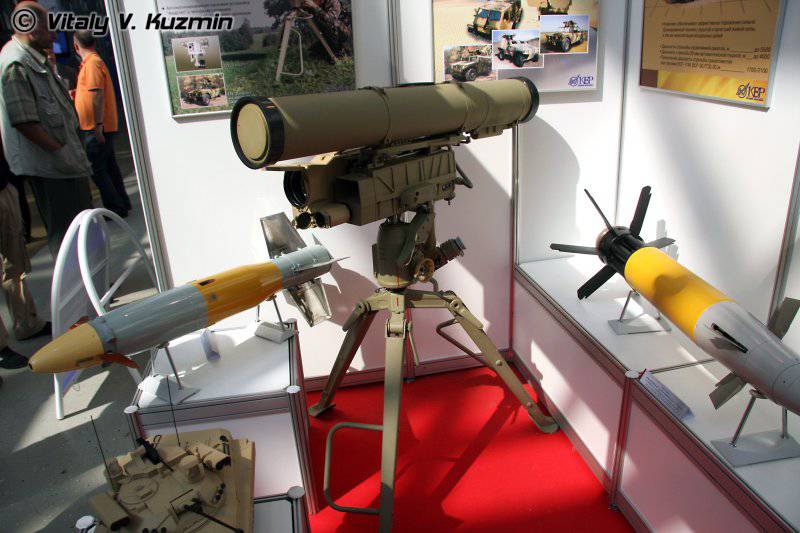 The Palestinian militant group Al-Quds Brigade (the military wing of the Islamic Jihad group) distributed a video demonstrating the use of the Russian portable anti-tank missile system 9K135E Cornet-E against Israeli forces on the Gaza Strip and Israel. The video shows how a rocket is launched by a female operator (?) From a residential building. This attack, according to the statement of the Al-Quds Brigade, was made on November 20 2012 of the year against "congregation of Zionist soldiers" in the Eshkol region. As a result of the attack, according to the Brigade communique, "one Zionist soldier was killed and 11 was injured." 20 November, the Israeli army reported the death of one soldier in the Eshkol area "as a result of mortar shelling."

This is the first known image of the Kornet-E ATGM in the hands of the Palestinians. Previously, only the use of this complex by Palestinian groups without supporting photo or video was reported. The Popular Front for the Liberation of Palestine claimed the use of the Cornet-E complex on November 10 2012, when they were hit by an Israeli light armored vehicle MDT David (Land Rover) and injured four Israeli soldiers. 7 April 2011, Hamas militants hit an Israeli school bus with a Kornet-E missile and hit one person. And the first Palestinian use of the Kornet-E on the Gaza border was 6 and December 2010, when the Israeli Merkava Mk 3 tank was shot down by the complex.