Why do the military leave the ranks of the Moldavian army? 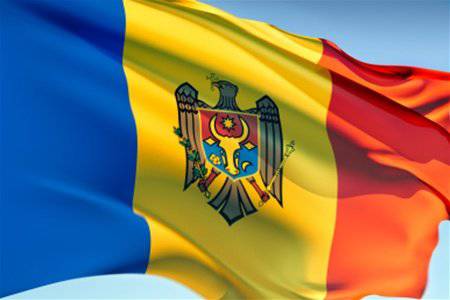 Recently, military experts have increasingly noted the decline in the popularity of the national army of Moldova among the population. The Ministry of Defense of the Republic also does not hide the lack of interest among citizens in the service, both under contract and upon appeal. It is worth noting the low moral and psychological level of contract servicemen. The military leadership is carrying out active information work to correct a similar situation, but so far this work does not bring positive results.

What is the reason for the current situation in the troops? Currently, the training of officers for the national army is mainly carried out in the Military College of the Municipality "Alexandru cel Bun" (now the Military Academy). In addition, many Moldovan military personnel are trained in military schools abroad, primarily in NATO countries, such as Romania, Turkey, France, Great Britain, Germany and the United States. Some military personnel were trained in Russia, Ukraine and Belarus. However, they are all not sure about their future after graduation. Due to the short-sightedness of Moldovan politicians, military personnel at different times of the newest Moldovan stories subjected to numerous purges for political reasons.

Until 2000, emphasis was placed on dismissing Soviet officers from the ranks of the armed forces, as carriers of Soviet military thinking, which did not fit in with the personnel policy of the new military leadership in the light of the desire to join NATO. After 2000, against the background of the Romanian sentiments of the then President V. Voronin, a wave of dismissals of officers with Western education began. And in this and in another case, it hit hard the moral and psychological state of the officer corps.

For the period from 1992 to the present, the army has been practicing assigning officer ranks to former warrant officers on a clan and kinship basis. This further affected the prestige of the officer’s rank, as people from this category of military personnel do not have sufficient military knowledge and military culture. Experts also note a tendency to dismiss young lieutenants from the army. Graduates of various educational institutions massively dismissed from military service (up to 80 percent), seeing no prospects, no material or career growth. At the same time, practice has shown that graduates of Romanian military schools do not have sufficient professional skills to start a career.

From 2004, the institute of political police was introduced into the army, where they were engaged in the real persecution of dissident officers. With the change of the country's leadership in 2009, the institute of political police in the person of the Information and Analysis Directorate (Military Intelligence of the Ministry of Defense) changed the course of action and now continues to monitor the morale of the officers.

An important role in weakening the moral and psychological state of the army was played by the military prosecutor's office of Moldova. On the basis of minor offenses, many militant and competent officers were expelled from the army on trumped-up charges. At the same time, the high-profile crimes of the leadership of the Defense Ministry remain unexplored until the present moment (example of the Minister of Defense V. Marinuts, who allowed the Romanian special services to the secret communication channels of the Defense Ministry).

Not so long ago, the official website of the Ministry of Defense published a document entitled “Increasing the attractiveness of military service under contract”, containing an analysis of the reasons for the unpopularity of military service and ways to solve this problem. According to a study conducted by military experts, currently 75 percent. sergeants and soldiers are conscripts and only 25 percent. - contract soldiers. At the same time, according to the program of strategic development of the Ministry of Defense on 2012-2014 years, one hundred percent of the soldiers and sergeants must serve on a contract basis. The department, however, doubts that this task will be accomplished, given the current unattractiveness of the contract service.

The military reform of 2009-2010, carried out by the ruling bloc of parties, also had a catastrophic effect on the material situation and benefits of contract servicemen. One of the main negative factors in this sense is the low salaries of privates and sergeants. The bottom payout bar is set at 2600 Lei and 2800 Lei ($ 211 and $ 227), respectively, and the top one reaches a maximum of 4600 Lei ($ 373).

A survey among military personnel showed that the order of 40 percent. sergeants consider the abolition of compensation one of the most painful problems. Other reasons for the unattractiveness of the military profession are overloaded work schedules, outdated equipment and compulsory recruitment.

According to the Ministry of Defense, if urgent measures are not taken to remedy the situation, in the long run the shortage of soldiers and sergeants of the national army will certainly affect the quality of military activities and tasks that the army must perform. The Ministry of Defense is not yet ready to solve all these painful problems, since huge funds are needed for the salaries of contract servicemen and for their professional training. In addition, the lack of a solid, scientifically-based personnel policy, in general, determines the low moral and psychological state of the officer personnel.