It's time to give an assessment to the Polish "rebels" of the 1863 of the year - barbarians, beasts and killers 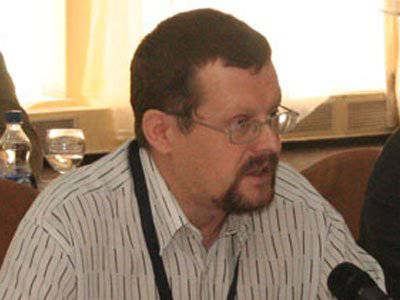 According to Gerashchenko, today in Belarus, work on the preparation for the anniversary of the Polish uprising 1863 is visible. Recently, on November 7, not far from the town of Vileyka (Minsk region), a new cross was erected on the rebel grave, consecrated by the rector of the Alkovitsky church, the priest Anatoly. On the same day, a public holiday was celebrated in Belarus - in memory of the October Revolution 1917. At the same time, the 200 anniversary of the Patriotic War 1812 of the year is not celebrated at the official level. So how does the 150 anniversary of the 1863 events of the year go?

“I think we’ll confine ourselves to the duty phrases of glorifying револю revolutionaries’ and are unlikely to dare to tell the public the truth about those events at the official level. Perhaps they will even open a couple of monuments to the rebels, ”Gerashchenko believes.“ Meanwhile, the Polish intelligentsia and the Vatican should have celebrated an anniversary with penance for the atrocities that were committed by the gentry with the participation of the Catholic clergy in 1863 year - including against their own people, because no desire for freedom can justify the crimes committed then offended and cruelty. "

"It is necessary to hold scientific conferences with the participation of historians and the public, devoted to the 1863 uprising. The reasoned, impartial discussion will easily reveal the anti-Russian and at the same time anti-Belarusian and anti-Ukrainian reactionary nature of this class uprising," Gerashchenko emphasized.

According to the Vitebsk writer and social activist, the participation of the Roman Catholic Church in honoring the Polish insurgents 1863 of the year is quite natural, as is the non-participation in such events of the Belarusian Orthodox Church. "The rebellious gentry in 1863 put one of the goals to return the privileged position of Catholicism, so for the Vatican these rebels, despite the doubtfulness of their actions against even the Polish peasantry, were their own," Gerashchenko said. "It would be strange if the Belarusian Exarchate of the Russian Orthodox Church participated in the glorification those who called for reprisals against the Orthodox, for the return to the Catholics of their unlawful privileges. "

It is also quite understandable, Gerashchenko believes, that the pro-Western opposition focuses on honoring the Polish gentry and hides the sacrificial feat of those Belarusians who opposed gentry terror in 1863 and supported the Vilnius Governor-General Mikhail Muravyov (Muravyov-Vilensky - in Russian historiography and - "Hangers" - in Polish). “Everything is clear with the pro-Western opposition: it continues the same line aimed at weakening the Russian world that their predecessors carried out in 1863-1864,” Gerashchenko stated. “It’s necessary to stop sprinkling ash on your head for a long time and, finally, tell the truth about the Polish uprising of 1863. It is high time to give a moral and historical appreciation of the actions of the Polish gentry and the so-called rebels, who immediately showed barbaric cruelty from the moment of the first attacks on the Russian garrisons and Russian people starting from the night of January 10 to January 11, 1863: they slaughtered innocent sleeping soldiers who came from ordinary peasants, burned trying to resist them alive, cut off parts of the face and body of the still alive. It is clear that our supporters of the "romantic revolutionaries" do not care about this, but we must remember this, and not follow a smoothed story. "

“In the Soviet period, these, if I may say so, the“ rebels ”were whitewashed, and the facts of their atrocities were deliberately hidden only on the grounds that they opposed the Russian autocracy,” said Gerashchenko. “In fact, they, counting on the support of a number of European countries They tried to restore Rzeczpospolita. Mikhail Nikolayevich Muravyov-Vilensky showed himself at that time as a real patriot and courageous politician, thanks to his actions the massacre unleashed by Polish nationalists was stopped. Polish journalists called him hangman "only because he executed several dozens of gangsters and murderers whose hands were stained with blood by this time. If not for his decisive actions, not the courage of Russian soldiers, officers, Cossacks and ordinary Belarusian and Polish peasants, there would be more victims. "

“In essence, the 1863 uprising of the year is a brutal outbreak of extreme Polish gentry estate nationalism, which, unfortunately, the Russian authorities simply overslept. It is clear that if you give an objective assessment of the actions of General Mikhail Muravyov and other patriots, you will have to say about the“ methods ”of the rebels ", and that they called for the murder of Governor-General Muravyov, promised for this large reward. And also that the peasants did not support the gentry and supplied the rebels with food, feed for horses, etc. only d the threat of death, - said Gerashchenko. - At the very first incident, the Poles of Avgustov and the closest districts asked Muravyov to join the Russian territories directly. peasants, surpass all imagination! They hang them up and cut mercilessly, even wives and children. Through these peasants are completely terrorized. "The publication of such documents will inevitably destroy the myth that was created in Poland around the events in 1863 of the year."

The events of 1863 have left a significant mark in the history of the Belarusian people. However, the interpretation of events that began in January 1863 and ended a year later, caused a sharp controversy between the so-called "national democrats" and Western Russians in the late 19th century - early 20th century and, judging by historiography, continues in the 21st century. Assessing this state of affairs, Gerashchenko said: “I think that this is a matter of historical and ethnic choice. The natsdem suffer the same Russophobia that the Polish gentry were imbued with in the 1863 year. Therefore, there’s no need to talk about any objectivity. Supporters Western Russianism is already telling the truth about the 1863 uprising of the year, but few hear them. Unfortunately, it is almost impossible to read the truth about the events of the 1863 in both the official and opposition media. "